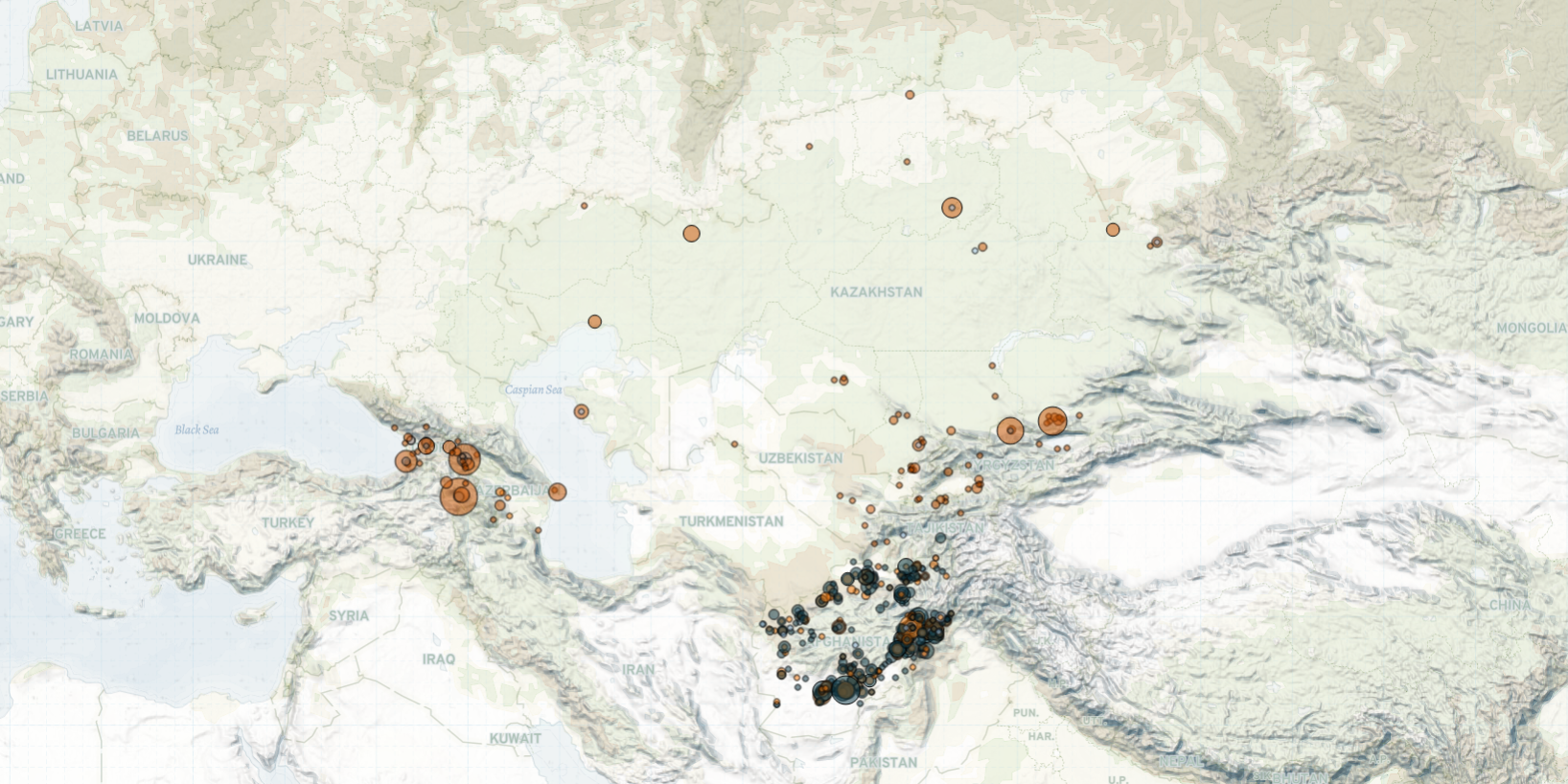 Last week in Central Asia and the Caucasus, violence continued between Afghan forces and the Taliban in many provinces of Afghanistan, as Afghan militias also conducted a lethal operation targeting the Taliban. Meanwhile, Russia announced that intra-Afghan talks would be held at a summit in Moscow this week. In Armenia, opposition protests continue amid the dismissal of a key military leader. Demonstrations by Armenian relatives of missing soldiers highlighted issues around the exchange between Azerbaijan and Armenia of prisoners of last year’s 44-day war in the region. In Georgia, opposition protests were sparked by released audio recordings showing evidence of the government’s pressure on critical social media posts. Women demonstrated in Azerbaijan, Kazakhstan, and Kyrgyzstan over gender inequality issues while marking International Women’s Day on 8 March. Lastly, in Kyrgyzstan, opposition activists demonstrated against constitutional reforms and called for new parliamentary elections.

In Afghanistan, Afghan forces and the Taliban clashed most intensively in Kandahar, Balkh, Helmand, and Nangarhar provinces last week. Operations by Afghan forces, many of which were supported by airstrikes, resulted in high numbers of reported Taliban fatalities in Kandahar and Balkh provinces. Government forces also regained territories in the Arghandab district of Kandahar and the Sherzad district of Nangarhar provinces. The Taliban claimed to seize military bases in the Charbolak district of Balkh province and Qadis district of Badghis province. Another operation was conducted against the Taliban in the Spera district of Khost Province along the Pakistani border, a district where there has traditionally been a lower level of activity. Khost Protection Forces (KPF), Afghan militias trained and overseen by the US Central Intelligence Agency (CIA), led the operations (Afghanistan Analysts Network, 31 August 2019). A total of at least 14 militants, KPF members, and civilians were killed in the clashes, with some reports claiming the number killed was over 40 (New York Times, 11 March 2021).

Meanwhile, there was a high number of attacks on civilians last week, similar to in weeks prior. In the most lethal event reported, seven civilians and one Afghan security personnel were killed by a car bomb in Herat city, with another 36 civilians and 11 Afghan forces also wounded. As with many such attacks in the country over the past year, no group has yet claimed responsibility.

In another development, the Russian Foreign Ministry announced that a round of intra-Afghan talks would be held in Moscow this week that will include representatives from the US, China, Pakistan, and Qatar (RFE/RL, 15 March 2021). In addition, Turkey noted plans to host another round of talks between the Afghan government and the Taliban in Istanbul by April (Reuters, 12 March 2021). Uncertainties around the proposal by the US for a transitional government persist, especially as the Taliban has already expressed skepticism  (Foreign Policy, 15 March 2021; Al Jazeera, 14 March 2021). Russia had also called for a transitional power-sharing administration in Afghanistan last month, so the issue is likely to be discussed during both summits (Afghanistan Times, 16 February 2021).

At the same time, the issue of exchanging the prisoners of war remaining from the 2020 Artsakh (Nagorno-Karabakh) War remains unresolved. In Armenia, parents of missing soldiers held a protest last week in Yerevan, demanding the return of the soldiers. An exchange of war prisoners between Azerbaijan and Armenia took place on 14 December 2020. However, many soldiers remain captive or missing (Carnegie Europe, 11 February 2021).

In Georgia, opposition activists organized protests demanding the resignation of Georgian Prime Minister Irakli Garibashvili. The protests were sparked when a private TV channel released the recordings of a phone conversation between Gharibashvili and Bera Ivanishvili, the son of the ruling party Georgian Dream’s founder. In the tapes, Ivanishvili ordered Gharibashvili and another individual who holds a high position in the government to punish young people who had left critical comments about his family on social media. The phone call’s exact time remains unclear, with speculations that it took place up to ten years ago. However, some young Georgians, including a famous artist, claimed to be threatened with physical violence by people connected to Ivanishvili after criticizing the government on social media (OC Media, 7 March 2021).

Meanwhile, in Azerbaijan, Kazakhstan, and Kyrgyzstan, women organized marches on International Women’s Day on 8 March. Protesters highlighted persisting concerns over gender inequality and domestic violence, demanding that their governments address the issues. In Kazakhstan’s Almaty city, this was the first time authorities have officially allowed a large-scale march on women’s rights on the day (Human Rights Watch, 10 March 2021). In Azerbaijan, however, police dispersed the protest and detained more than twenty women.

In Kyrgyzstan, activists also gathered in Bishkek city with demands for freedom of assembly, new parliamentary elections, and the public being involved in discussions around constitutional reforms. Kyrgyz authorities plan to hold a referendum on a new draft constitution in April 2021. Critics claim the new constitution will lead to increased presidential powers and will allow the government to censor material that is against “public consciousness”, which would undermine freedom of speech (Eurasianet, 1 March 2021). The president of Kyrgyzstan, Sadyr Japarov, denied such allegations in a recent interview (RFE/RL, 15 March 2021). On the same day as the interview, the organizer of the Bishkek protests was detained, accused of calling for the seizure of power (RFE/RL, 16 March 2021).