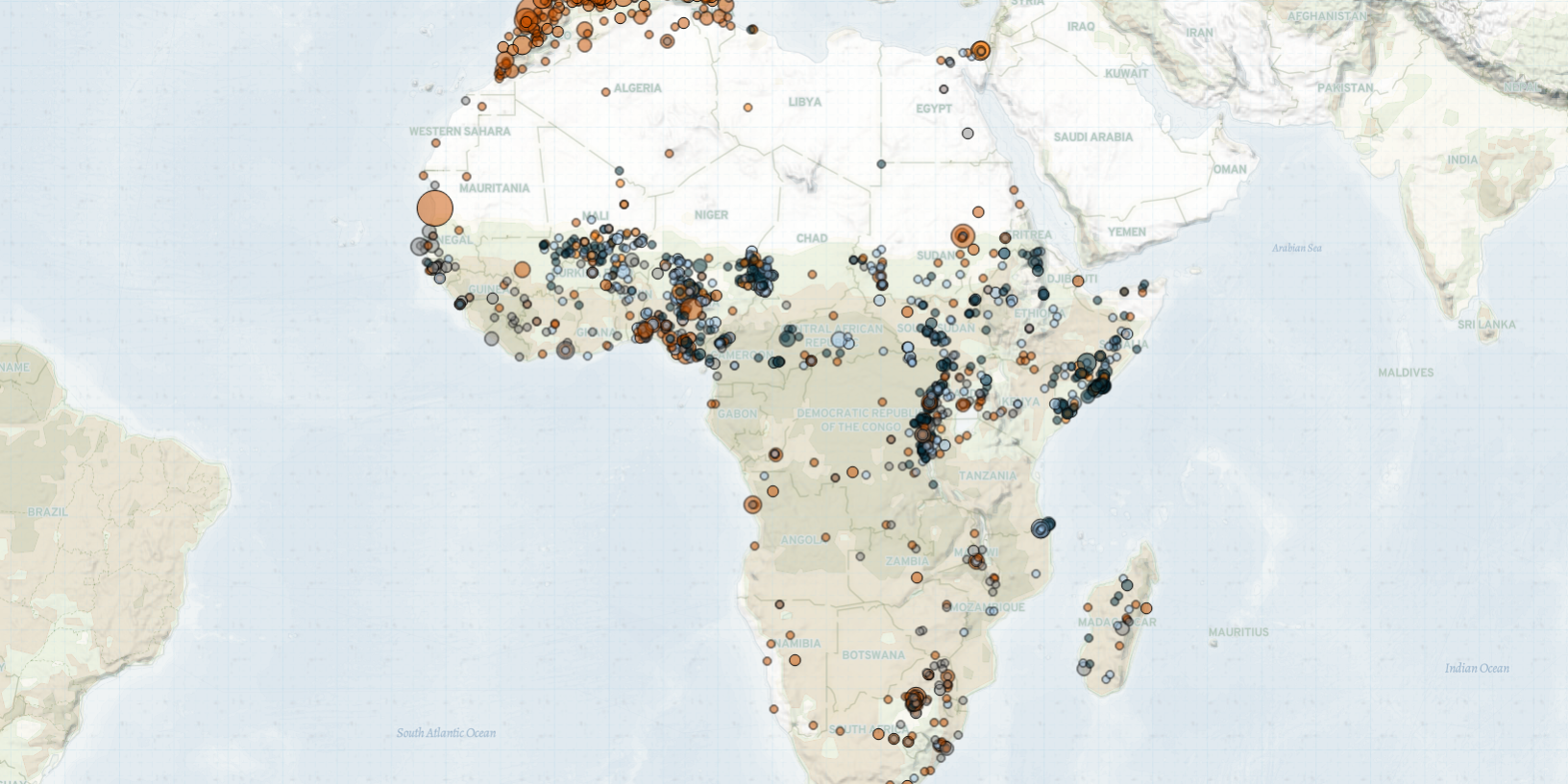 Last week in Africa, Islamist militants launched deadly attacks in the border region between Mali and Niger; heavy fighting was reported in the Oromia and Tigray regions of Ethiopia; and a former president declared himself the leader of the Coalition of Patriots for Change rebel alliance in the Central African Republic.

In Ethiopia, Tigray People’s Liberation Front (TPLF)/Tigray Special Forces (TSF) clashed with Amhara regional special police and federal forces in the Ofla area of Southern Tigray. Significant TDF fatalities were reported across two days of fighting. Meanwhile, interethnic clashes involving both state and non-state armed groups from the Oromo and Amhara communities continued in the Amhara region. Government sources allege that the Shane splinter faction of the Oromo Liberation Front (OLF) attacked Amhara civilians in Karakore town and surrounding areas, killing at least 20 people. Spokespersons for the Oromo Liberation Army (commonly referred to as OLF-Shane by the government) officially deny having a presence in the area.

In the Democratic Republic of Congo, Allied Democratic Forces (ADF) attacks intensified this week in Ituri and North Kivu, resulting in dozens of fatalities. Ongoing clashes continued between Congolese military forces (FARDC) and members of the Nyatura – Alliance of Patriots for a Free and Sovereign Congo (APCLS) coalition in North Kivu, triggering the displacement of thousands of civilians. As a result of these clashes, the FARDC regained territory from APCLS in several areas of Masisi. Meanwhile, the Ilunga Mayi Mayi carried out attacks alongside RED-Tabara against members of the ethnic Banyamulenge community in the Uvira territory of South Kivu.

In the Central African Republic, former president Francois Bozize announced that he would step down from the leadership of his political party, the Kwa Na Kwa, to formally lead the rebel Coalition of Patriots for Change (CPC) (Jeune Afrique, 18 March 2021). The move came days after a second round of parliamentary elections was staged on 14 March. Meanwhile, military forces, supported by Wagner Group fighters and United Nations peacekeepers (MINUSCA), regained control of several strategic cities following clashes and the retreat of CPC fighters.

In the border region between Mali and Niger, suspected Islamic State in the Greater Sahara (ISGS) militants engaged in a series of high fatality events. In Mali, dozens of soldiers were killed when militants ambushed a Malian army convoy on the road between Lelehoy and Tessit, in the Ansongo commune of the Gao region. Military sources also claimed significant militant fatalities. The following day, French forces launched an airstrike targeting presumed ISGS militants in the nearby area of Intidaghmene. Across the border in Niger, dozens were killed in Tillaberi region when militants attacked civilians returning from the market town of Banibangou. Militants also staged an attack on the village of Darey-Dey Tinni.

In South Africa, demonstrations against the exclusion of students due to unpaid debts continued, as the South African Union of Students (SAUS) called for a national shutdown of universities (Mail & Guardian, 15 March 2021). Violence was reported during demonstrations in Durban, Grahamstown, Bloemfontein, Pretoria, Johannesburg, and Richards Bay.