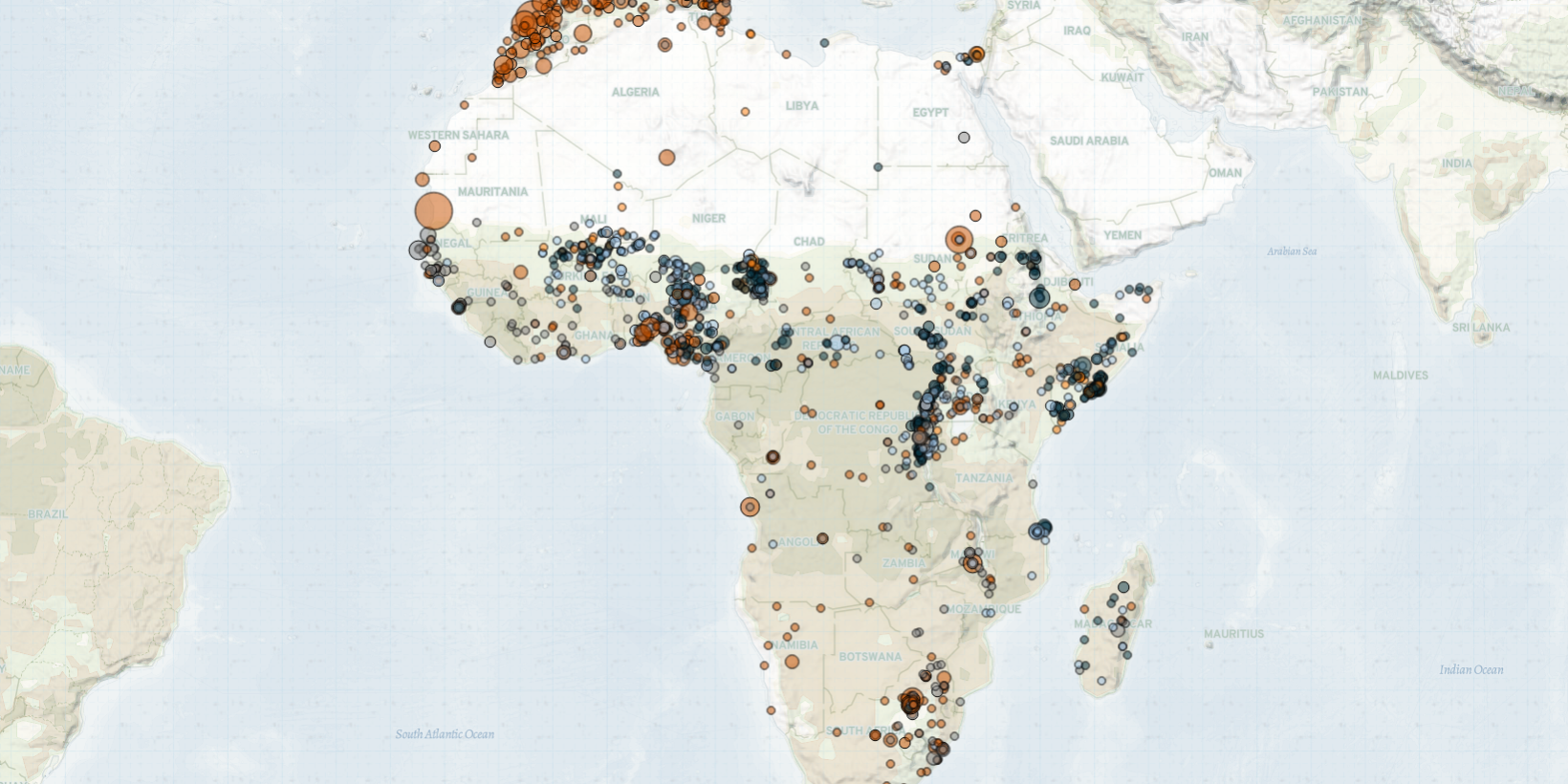 Last week in Africa, Islamist militants killed more than a hundred civilians during an attack in Niger; French forces were implicated in the deaths of multiple civilians in an airstrike in Mali; and fighting continued in the Amhara and Tigray regions of Ethiopia.

For a second week, presumed Islamic State in the Greater Sahara (ISGS) militants carried out a series of massacres in Niger. Militants killed more than a hundred ethnic Tuareg civilians during attacks in the Tilla department of the Tahoua region, with further attacks reported in the Tillaberi region. The attacks resulted in the largest loss of life this year, eclipsing an attack on Tchoma Bangou in the Tillaberi region in January.

In Mali, local reports suggest multiple civilians were killed when French Operation Barkhane forces launched an airstrike in the area of Agarnadamoss in the Gao region. French forces have denied that the strike hit civilians, claiming instead to have hit a group of militants (Reuters, 27 March 2021). The latest strike comes only months after another French airstrike hit a wedding party in the Mopti region in early January. Meanwhile, presumed Jama’at Nusrat al-Islam wal-Muslimin (JNIM) militants launched an ambush on French forces between Wawassi and Garmi in Douentza cercle of the Mopti region.

In the Central African Republic, Coalition of Patriots for Change (CPC) rebels ambushed a United Nations Office for the Coordination of Humanitarian Affairs (OCHA) convoy travelling from Bangassou to Bokouma. The rebels seized a number of the vehicles and forced the OCHA staff to return to Banggassou. Elsewhere, state and allied forces continued to advance on CPC-held territory, launching operations targeting rebel positions near Bouar, the capital of Nana-Mambere prefecture.

In the Democratic Republic of Congo, state forces (FARDC) regained control of territory held by the Defense Force against the Balkanization of Congo faction of the Cooperative for Development of Congo (CODECO-FDBC) in the Djugu territory of Ituri. More than 30 fatalities were reported across two days of clashes in the Iga Barriere area. The operations came despite the signing a ceasefire agreement between the government and CODECO-FDBC in September 2020 (UNSC, 23 December 2020). Meanwhile, the Allied Democratic Forces (ADF) continued to target civilian populations in both Ituri and North Kivu provinces, resulting in more than a dozen civilian fatalities.

Fighting continued throughout the week in the Tigray and Amhara regions of Ethiopia. Clashes between allied Eritrean and Ethiopian federal forces and remnant Tigray People’s Liberation Front (TPLF)/Tigray Special Forces (TSF) were reported in the southern and eastern zones of the Tigray region. In the Amhara region, fighting continued between Amhara regional special forces and Oromo militiamen, with dozens of fatalities reported across several days of fighting in the north of the region.

Meanwhile, violence continued in the border region between Sudan and Ethiopia. Clashes between Sudanese state forces and Amhara militias were reported in the southern Basundah locality of Gedaref state. The ongoing violence comes amid the Sudanese transitional government declaring their support for a proposed mediation process to be led by the United Arab Emirates (UAE), covering the El Fashaga border dispute, as well as the operation of the Grand Ethiopian Renaissance Dam (Reuters, 24 March 2021).