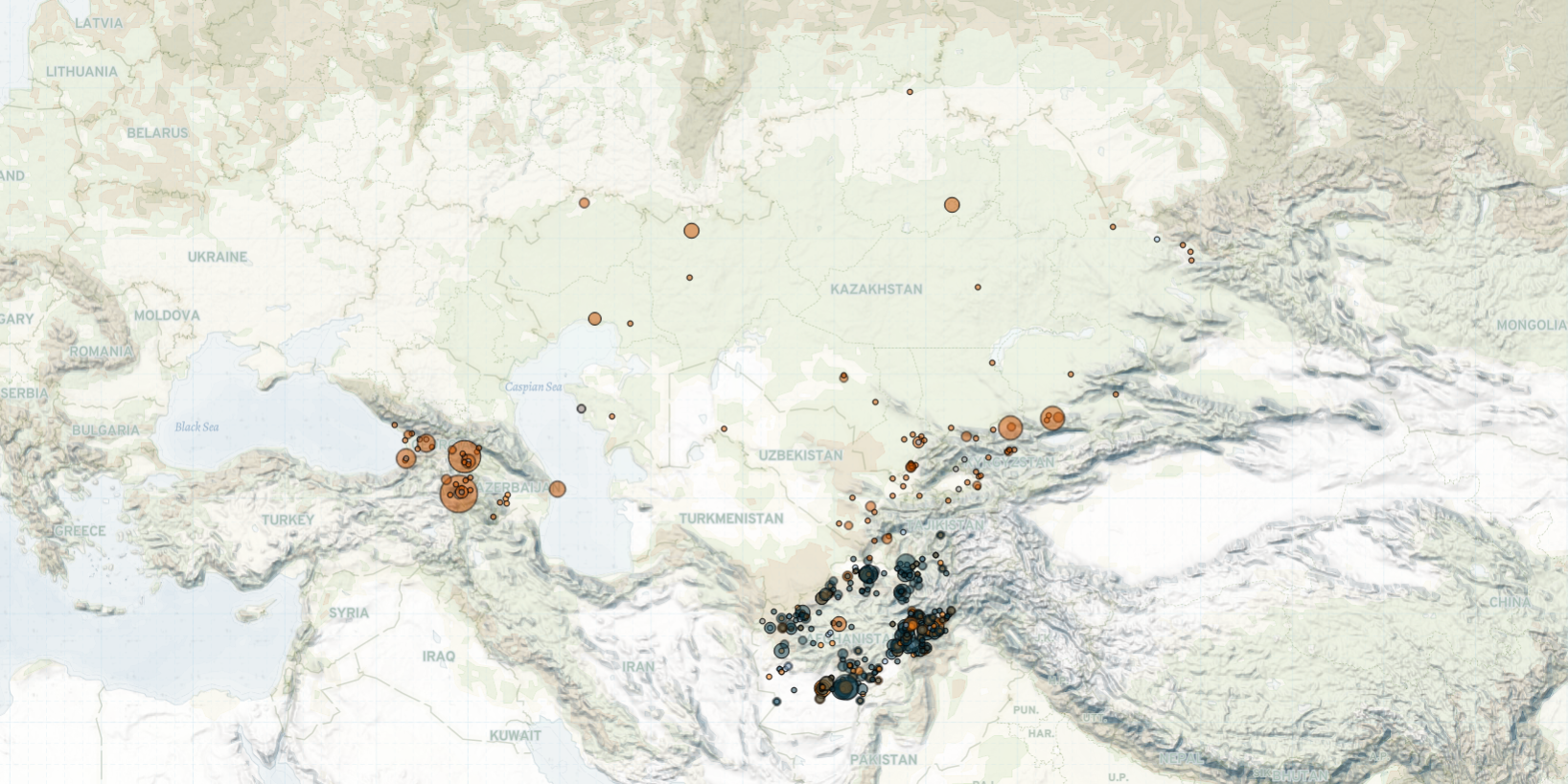 Last week in Central Asia and the Caucasus, clashes continued in Afghanistan between Afghan forces and the Taliban. Afghan forces also conducted operations against a local militia in Wardak province. In addition, tensions between the Taliban and US forces increased as the US administration signaled that the withdrawal of its troops may be delayed. In Armenia, anti-government protests decreased. Martial law, which had been in place since the beginning of the 2020 war with Azerbaijan, was lifted. In Georgia, there were a number of protests over the precarious working conditions of food delivery workers, as well as demonstrations against coronavirus measures.

In Afghanistan,1ACLED is currently conducting a review of sourcing and reporting of the conflict in Afghanistan since 2020. most of the clashes between Afghan forces and the Taliban took place in Kandahar and Nangarhar provinces last week. Afghan forces also regained control of villages in the Karukh district of Herat province. Meanwhile, the Taliban seized control of some villages in the Rustaq district of Takhar province. In addition to ground operations, Afghan airstrikes continue to cause numerous fatalities among the Taliban in Balkh, Helmand, and Nangarhar provinces. The Taliban claims that these airstrikes also inflicted civilian casualties. Further, Afghan forces attacked a militia commanded by Abdul Ghani Alipour, supported by many Hazara locals and operating mainly in Wardak province (TOLO News, 21 March 2021). The attack comes in retaliation for the militia’s downing of a military helicopter the week prior in Hisa i Awali Bihsud district of Wardak province that killed five commandos and four pilots. ACLED records several more attacks by local militias since January 2021 targeting Afghan forces, as well as one communal militia attack towards the Taliban. Local support of such armed groups signals the Afghan population’s distrust towards both the Taliban and the Afghan government. This may also challenge the peace process further since such militias may increase their attacks if a deal between the Taliban and the government conflicts with their interests (AP, 23 March 2021).

Meanwhile, the Taliban warns it will resume attacks on US and NATO forces if they do not withdraw from the country by 1 May (Bloomberg, 26 March 2021). This comes in response to the Biden administration saying that it would be hard for the US to withdraw from Afghanistan soon (CNN, 25 March 2021). The US is reportedly negotiating with the Taliban for a new withdrawal deadline, which will likely be further discussed at the upcoming peace summit in Turkey (TOLO, 30 March 2021). In a recent interview, the Taliban also confirmed that they have included the presence of US troops and Afghanistan’s future political system in their agenda for the Istanbul Summit (Anadolu Agency, 30 March 2021). The summit will be held in early April but the exact date has not been announced yet (Al Jazeera, 31 March 2021).

In Armenia, anti-government protests decreased amid the recently-announced snap elections (Euronews, 24 March 2021). As tensions between the government and the opposition have decreased, the parliament voted to lift martial law last week, which was imposed at the beginning of the 2020 Nagorno-Karabakh (Artsakh) war in 2020 (Deutsche Welle, 28 September 2020). The opposition-led bill was supported last week by the pro-government My Step Alliance that previously rejected several attempts by the opposition to abolish martial law (JAM News, 24 March 2021). The opposition, including the Prosperous Armenia and Bright Armenia parties, had been accusing the government of maintaining martial law in order to avoid the impeachment of Prime Minister Nikol Pashinyan (RFE/RL, 24 March 2021).

Lastly, in Georgia, demonstrations over coronavirus measures took place in Tbilisi and Pakhulani last week. Activists demonstrated against curfew hours and mandatory quarantine for Gali district residents of the breakaway state of Abkhazia. Abkhazia residents, officially Georgian citizens, need to quarantine if they travel outside the breakaway state to other Georgian territories — a rule which protesters consider to be discriminatory (Rustavi2, 24 March 2021).

In addition, couriers of a food delivery company protested in Tbilisi over lowered wages and the sacking of their colleagues following their strike since 17 March (Civil Georgia, 27 March 2021). Despite the increased demand for delivery services, as restaurants are fully or partially closed due to coronavirus measures, workers’ conditions have worsened, exacerbated by their ‘non-contractor’ status (Netgazeti.ge, 29 January 2021).