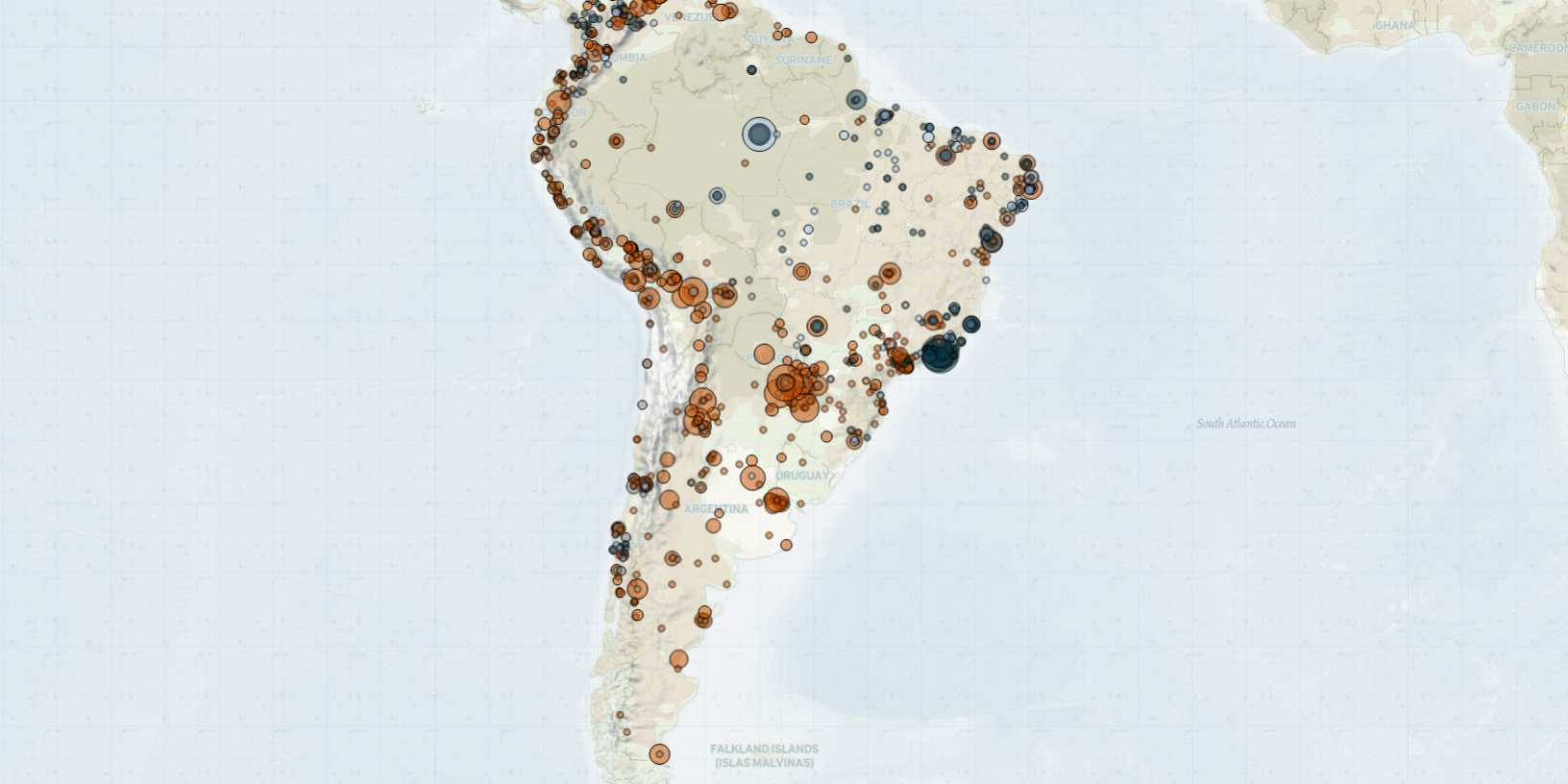 Last week in South America, environmental protests were held in Argentina on World Water Day on 22 March. Anti-government demonstrations continue to take place in Paraguay. Bolivians also continue to take to the streets to protest against the arrest of former interim President Jeanine Áñez and other former government members, sparking counter-protests in favor of the arrests. A car bomb blasted in Colombia, injuring dozens of civilians and public officials. Thousands of civilians fled from Venezuela to Colombia amid violent conflict on the border (Colombia Reports, 26 March 2021). Pot-banging protests erupted in Brazil against President Jair Bolsonaro, during the country’s worst daily death toll from the coronavirus on 23 March.

In Argentina, hundreds of environmental activists held a protest in front of the National Congress in the city of Buenos Aires on World Water Day on 22 March (Tiempo Sur, 22 March 2021). Protesters criticized global policies regulating the environment and condemned the privatization of water, open-pit mining, and forest fires. On 10 March, six suspected arson fires broke out within a space of just two hours in the Comarca Andina — a region of plains and mountains bordering Rio Negro and Chubut provinces. The region’s complex ecosystem has been thoroughly damaged and many rural workers have lost their homes, animals, and fields (Open Democracy, 24 March 2021).

Meanwhile, in Paraguay, anti-government demonstrations continued for the third consecutive week. Citizens took to the streets to call for the impeachment of President Mario Abdo Benítez and Vice President Hugo Velázquez, due to their mishandling of the pandemic. Demonstrators claim that the response to the coronavirus health crisis has been hampered by widespread government corruption (ABC Color, 24 March 2021).

Last week in Bolivia, demonstrations against the arrest of former interim President Jeanine Áñez and other former government officials continued to be held. Meanwhile, supporters of the Movement for Socialism (MAS) party staged counter-protests in favor of the arrests (Correo del Sur, 22 March 2021). The former president was placed in pre-trial detention on charges of terrorism, sedition, and conspiracy, and is accused of leading a coup d’état that led to the overthrowing of her left-wing predecessor, Evo Morales. Áñez’s supporters claim the arrests are illegal and amount to political persecution, considering the current president, Luis Arce, belongs to MAS, which is Morales’ party.

In Colombia, a car bomb was detonated in the city of Corinto, Cauca department. Dozens of people were injured due to the explosion, including 11 public officials (El Tiempo, 27 March 2021). The Colombian government blamed the attack on the 6th Front of the Revolutionary Armed Forces of Colombia (FARC), self-proclaimed as the Dagoberto Ramos Mobile Column (El Tiempo, 27 March 2021). The attack perpetrated by FARC dissidents last week in Corinto are reminiscent of tactics used by the FARC since the 1960s in the Cauca department (InSight Crime, 27 November 2019).

In the same vein, in Venezuela, clashes took place between Venezuela’s military forces and FARC dissidents in the La Victoria area, Apure state, a region bordering Colombia (El Carabobeño, 22 March 2021). At least two Venezuelan soldiers were killed, and 18 others were injured. Furthermore, six demobilized FARC members were killed in the conflict (Al Jazeera, 27 March 2021). The escalation of violence during the week has prompted more than 3,000 people to flee from Venezuela to seek refuge in the Arauca province in Colombia (Colombia Reports, 26 March 2021). The mass displacement has caused a humanitarian crisis in the area where displaced people have taken shelter (The Washington Post, 26 March 2021). Since the Colombian conflict, Venezuela has been an essential base for FARC operations. After the 2016 Peace Agreement, the country continued to be a site of operations for the splinter groups formed after the FARC demobilization. In May 2019, six FARC dissident fronts were identified operating in Venezuela (FundaRedes, 13 May 2019).

Lastly, in the major cities of Brazil, pot-banging protests were carried out against President Jair Bolsonaro’s mishandling of the coronavirus crisis. The demonstrations were held as Bolsonaro made a televised address to the country on 23 March (G1, 23 March 2021). On the same day, the country reached a record of 3,158 coronavirus deaths, as well as 84,996 new infections. Brazil’s official death toll rose to 298,843 that day (The Guardian, 24 March 2021), accounting for approximately one third of the global total of deaths. Since the beginning of the pandemic, the president has opted for a hands-off approach to addressing the virus on account of his skepticism of the coronavirus threat.