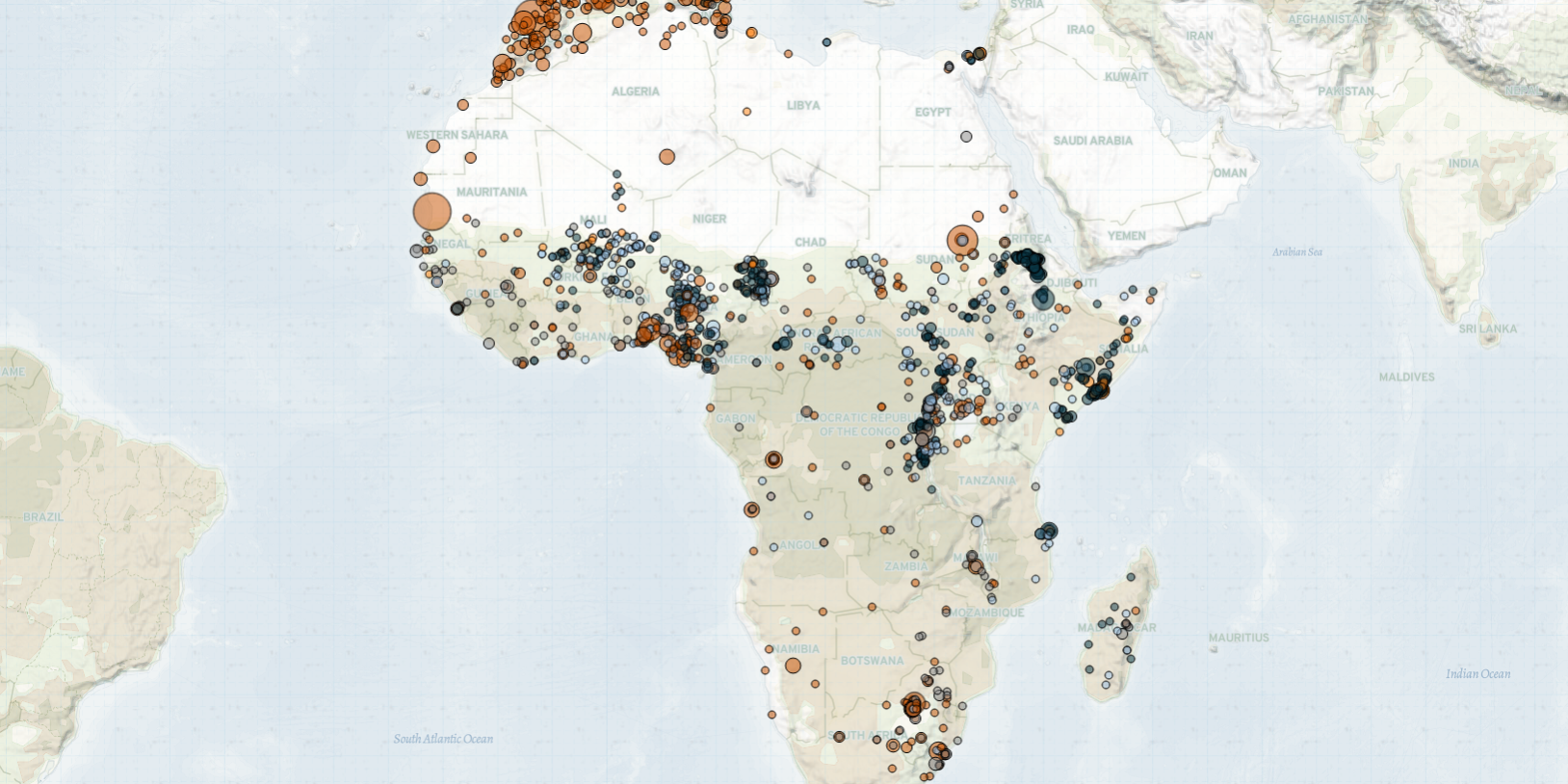 Last week in Africa, a failed coup attempt was staged in Niger; the Sudanese government unilaterally closed the main border crossing with Ethiopia, amid ongoing fighting in the region; and Islamist militants launched an assault on a United Nations peacekeeping base in Mali.

In Tunisia, three suspected militants, including a local leader of the Islamic State-affiliated Soldiers of the Caliphate, were killed during operations by security forces in the mountains in Kasserine near the Algerian border.

A failed coup in Niger led to clashes between mutinying soldiers and presidential guards near the Presidential Palace in the capital of Niamey. The attempted coup came just two days before the newly elected Nigerien President, Mohamed Bazoum, was sworn into office (France 24, 31 March 2021), in the first democratic transfer of power since Nigerien independence (AP, 2 April 2021)

In Nigeria, Boko Haram claimed to have shot down a Nigerian airforce fighter jet in Borno state. While Nigerian military sources acknowledged the disappearance of the jet during operations in Borno, they denied claims that Boko Haram shot down the plane (HumAngle, 3 April 2021). Meanwhile, clashes between state forces and Boko Haram fighters in Askira and Chibok left dozens of militants dead.

In the Democratic Republic of Congo, Allied Democratic Forces (ADF) attacks continued in the provinces of Nord-Kivu and Ituri, sparking demonstrations by civil society groups in Beni, Kinshasa and Goma. During an attack in the Beu-Manyama Moliso area of Beni territory, ADF militants killed at least 20 civilians. Meanwhile, in the town of Bakuakenge in Kasai province, deadly intercommunal violence between members of the Kuba and Luba ethnic groups resulted in the displacement of thousands of civilians.

In the Central African Republic, state military forces with allied Wagner Group and United Nations peacekeepers (MINUSCA) continued to advance on territory held by Coalition of Patriots for Change (CPC) rebels in Nana-Mambere prefecture, taking control of several towns. The precariousness of state and allied forces’ control was, however, also highlighted during the week. After Wagner forces regained control over the town of Mbres and surrounding area in Nana-Grebiszi prefecture, Wagner forces left for Bamingui, allowing CPC forces to reoccupy the area.

Clashes between Sudanese state forces and Amhara militias continued in the border region between Sudan and Ethiopia, in Gedaref state. Following an attack by unspecified Ethiopian militiamen against two Sudanese customs officers, the Sudanese government unilaterally closed the important Gallabat-Metema border crossing, to the objection of Ethiopian officials (Sudan Tribune, 3 April 2021). Meanwhile, fighters from the Shane splinter faction of the Oromo Liberation Front (OLF) staged a mass killing of civilians in Babo Gambela woreda, in the Oromia region of Ethiopia. In the Amhara region’s Oromo Special Zone, fighting continued into another week between Amhara regional special forces and Oromo militias.