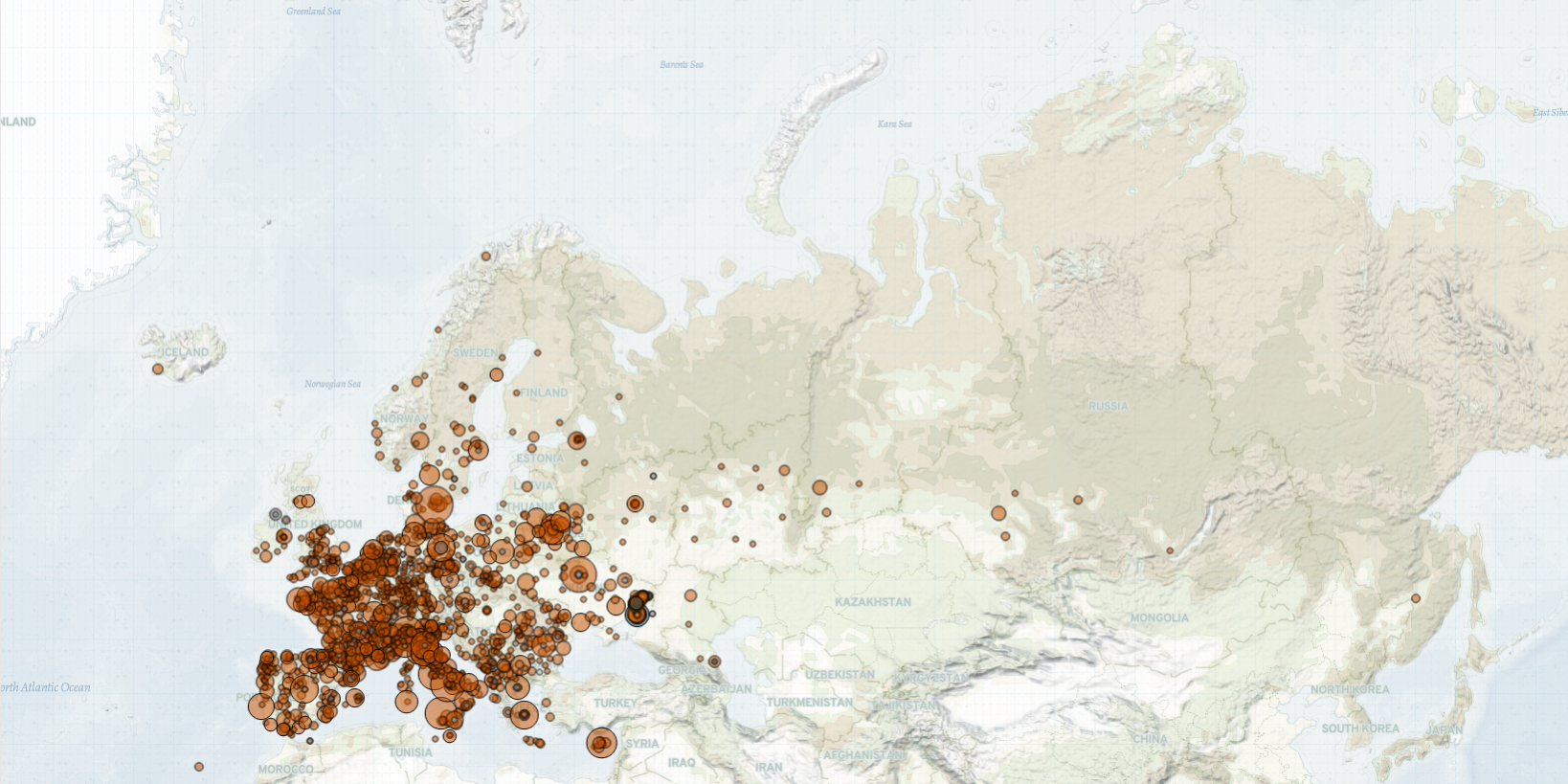 Last week in Europe, coronavirus-related demonstrations continued across the region. Environmental activists demonstrated in several countries at the call of Extinction Rebellion. In the United Kingdom, demonstrations against a controversial bill that limits rights to protest continued. Meanwhile, Russia began mobilizing forces from across the country to the border with Ukraine amid aggressive rhetoric from senior Russian officials, signaling a potential surge in fighting in Donbas. Demonstrations against the regime of Alexander Lukashenko continued in Belarus, though showed no signs of gaining momentum, despite calls by opposition leaders for a renewed period of protest.

In the Donbas region in Ukraine, fighting between Ukrainian government forces and Russian-led forces slightly increased last week compared to the week prior. There were 46 armed clashes, 84 shelling incidents, and one fatality reported. However, Ukrainian and Western officials warned around 30 March that Russia had begun massive deployments of troops to the Ukrainian border, including on the occupied Crimean Peninsula. (Ukrayinska Pravda, 30 March 2021; RFE/RL, 31 March). Russian rhetoric towards Ukraine also became markedly more confrontational during this mobilization, with the Russian Foreign Minister warning that if Ukraine were to resume the war in Donbas, it would lead to the destruction of Ukraine (Izvestia, 1 April 2020). This escalation by Russia comes following a failure to agree to new terms for a ceasefire (Hromadske Radio, 31 March 2021). The ceasefire was agreed on in July 2020, and has succeeded in reducing the level of fighting in Donbas. Despite this progress, there remains no clear resolution to the war that would satisfy Ukraine or Russia. Russian troop movements and the accompanying rhetoric are likely intended as signals that it is willing to escalate the conflict. A major Russian offensive against Ukraine remains unlikely, but the level of fighting between Russian-controlled forces in Donbas and the Armed Forces of Ukraine is likely to increase in the coming months.

In Belarus, demonstrations against the regime of Alexander Lukashenko continued in Minsk and other cities across the country last week. However, calls by opposition leaders to increase levels of protest activity have so far produced little effect. This is likely due to ongoing crackdowns and arrests of demonstrators and opposition leadership — such as the arrest of around 200 demonstrators on 27 March in Minsk (RFE/RL, 27 March 2021).

Demonstrations related to the coronavirus pandemic continued across Europe. In Czech Republic, Poland, Bosnia and Herzegovina, Croatia, Slovenia, Estonia, Lithuania, Cyprus, Finland, Denmark, Norway, Spain, France, Germany, San Marino, Italy, Belgium, and Luxembourg, people demonstrated against coronavirus measures. Most prominently, almost a hundred separate demonstration events took place in Romania last week, where protesters, largely supported by the nationalist Alliance for the Unity of Romanians, opposed stricter coronavirus restrictions and the mask mandate (G4media, 30 March 2021; Agerpres, 29 March 2021). In several countries, including the United Kingdom and the Netherlands, demonstrations turned violent. In the United Kingdom, up to 1,000 demonstrators gathered in Bradford to demonstrate against restrictive coronavirus measures (Bradford Telegraph And Argus, 28 March 2021). The demonstration turned violent, when a group of participants attempted to reach a vaccination clinic, and police intervened to stop them. Nine police officers were injured and 13 people were arrested (Bradford Telegraph And Argus, 28 March 2021). In the Netherlands, a demonstration against coronavirus restrictions with around 2,000 participants turned violent. Police officers and their horses were attacked with glass bottles, tree branches, and fireworks when they intervened to enforce coronavirus-containment measures, resulting in injuries and arrests (Het Nieuwsblad, 2 April 2021).

Meanwhile, environmental activists gathered in countries across the region last week at the behest of the environmental group Extinction Rebellion. Under the banner “Money Rebellion”, people demonstrated in the United Kingdom, Italy, France, and Belgium against the global financial system for funding fossil fuel companies. The demonstrations were partly fueled by the recent publication of a report from several NGOs claiming that 60 banks have continued to fund fossil fuel companies since the Paris Climate Agreement was signed in 2015 (Independent, 1 April 2021).

Lastly, in the United Kingdom, under the banner “Kill the Bill”, demonstrations continued across the country against the government’s Police, Crimes, Sentencing and Courts Bill. The bill seeks to impose stricter penalties and restrictions for participants in non-violent demonstrations and to give more powers to the police when intervening in peaceful protests (Evening Post, 2 April 2021; BBC, 22 March 2020).