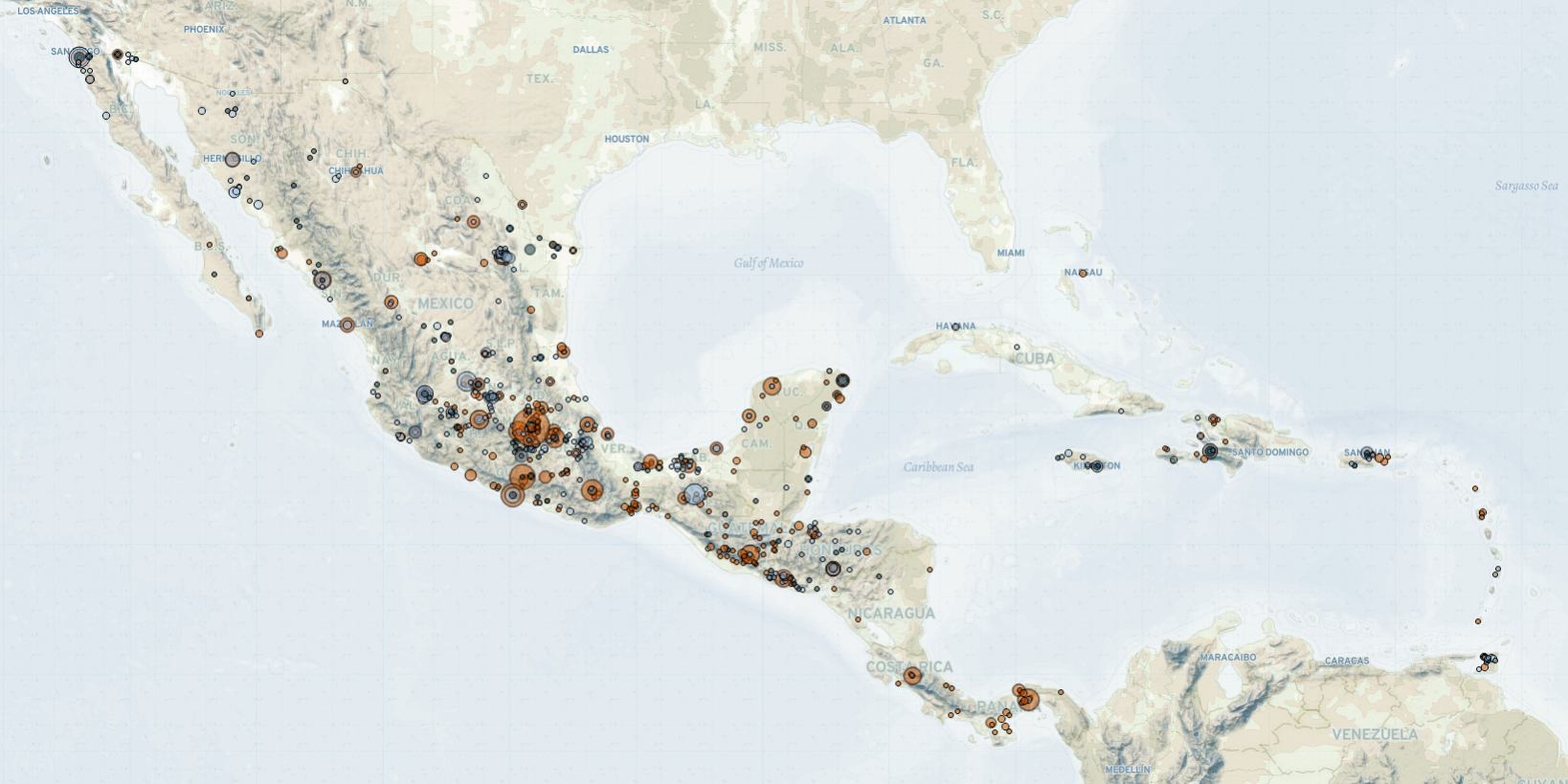 Last week in Mexico and Haiti, territorial disputes between gangs led to several fatalities. In Mexico, at least eight people were killed in a clash between the Jalisco New Generation Cartel (CJNG) and the United Cartels (CU) in the state of Michoacan. In Haiti, a massacre was reported in the Bel-Air neighborhood of Port-au-Prince as the G-9 sought to take over the area. Elsewhere, in Nicaragua, an opponent to the regime of President Daniel Ortega was killed by unidentified armed groups in what is thought to be a politically motivated attack. Lastly, in Mexico, the death of a female Salvadoran asylum seeker during a police arrest sparked unrest across the country.

Territorial disputes between cartels continued to claim lives last week in Mexico. In Aguililla, Michoacan state, the bodies of eight beheaded people were found after a clash between the CJNG and the CU. According to local sources, there could have been up to 27 people killed (El Blog del Narco, 1 April 2021). The CU was formed from an alliance of criminal groups, such as Los Viagras and La Familia Michoacana, that have been based in the state of Michoacan. The alliance also enjoys the support of so-called local self-defense groups. These armed groups were created under the pretext of fighting organized crime. However, they are frequently seen participating in clashes to push back CJNG’s offensives or in setting road-blocks to prevent the intervention of law enforcement in the conflict (La Jornada Zacatecas, 19 January 2021). The CU’s goal is to restrain the territorial expansion of the CJNG and its control of key drug trafficking routes. The state of Michoacan is a strategic area for the production of synthetic drugs (Insight Crime, 11 June 2020).

The clash between the two gangs also coincides with the arrest of the former mayor of Aguililla on 30 March for drug trafficking. The former official is accused of sending large quantities of methamphetamine and heroin to the United States as part of his partnership with the CU (Infobae, 30 March 2021). This illustrates the pervasiveness of gang activities in Mexican political affairs. To win political influence and thus secure their criminal operations, gangs target politicians who refuse to show them support, or those who pledge allegiance to a rival criminal organization (The Washington Post, 20 May 2020). Last week, in the state of Guanajuato, a candidate running for municipal office and a delegate of a state institution were shot and killed by armed men. The two victims were attacked while working on their electoral campaign ahead of the federal elections scheduled for June 2021. Thus far, in 2021, ACLED records over 50 attacks against members of political parties, elected officials and government workers. This is significantly more than those recorded ahead of the 2018 elections in which there were 37 attacks for the first three months of the year. If such trends are indicative of future developments, the number of attacks targeting politicians are likely to continue rising.

In Haiti, armed gangs clashed over the control of the Bel Air neighborhood of Port-au-Prince last week. Several houses were set on fire, forcing civilians to flee (Alterpresse, 5 April 2021). The Krache Dife gang participated in the clash. This gang is a member of the G-9 alliance, a coalition of several gangs, allegedly backed by the government. Similar gang incursions were previously reported in the neighborhood. While some attribute these violent offensives to gang warfare, others claim that it might be a government-led attempt to quell opposition (Le Nouvelliste, 25 May 2020). The Bel Air neighborhood is known for its strong support for the Lavalas Family opposition party. Hours before the attack, the party called for unity between members of the opposition to stand against President Jovenel Moise. According to civil society organizations, the rise of violence in the Bel Air neighborhood might be a political move to dissuade residents from joining opposition protests (3 April 2021, Prensa Latina).

The clash in Bel Air took place against a backdrop of continuous demonstrations against the administration of President Jovenel Moise. Demonstrators have been demanding the resignation of the president, who they blame for the rise in gang violence in the country. In addition, demonstrations have been held against a proposed referendum on a constitutional reform scheduled for 27 June. The provisions set by several proposed amendments led to several controversies, including over allowing presidents to serve two consecutive terms (AP, 3 February 2021). Opponents of the reforms fear that the constitutional reforms aim to further strengthen the powers of the president, who has been ruling by presidential decree since February 2020. (For more on increased gang violence amid rising authoritarianism in Haiti, see the Haiti section in ACLED’s 10 conflicts to worry about in 2021 series).

Meanwhile in Nicaragua, members of the opposition continue to be the targets of violence. On 30 March, Ernesto Jarquin, a known critic of the government, was shot and killed in his vehicle by unidentified armed assailants. The victim was arrested in 2018 for his participation in demonstrations against the social security system reforms. Since the 2018 social uprising, members of the opposition and journalists have been silenced by the regime of President Daniel Ortega through intimidation, arbitrary arrests, and targeted attacks (Amnesty International, 15 February 2021). Such intimidations and attacks are thought to be perpetrated by pro-government militias, although the identity of the perpetrators is often unknown. While the government framed the attack against Jarquin as the killing of a “terrorist”, civil society organizations denounced the impunity of those involved in killings targeting opponents of the government (Deutsche Welle, 30 March 2021).

Lastly, in Mexico, the death of a female Salvadoran asylum seeker during a police arrest sparked unrest last week. According to authorities, the woman died from asphyxiation as police sought to arrest her for disorderly conduct in Tulum. The event ignited demonstrations across the country, often coordinated by feminist collectives. Demonstrators demand justice and the classification of the case as femicide. In Mexico City, demonstrators clashed with police officers, resulting in injuries. In 2020, nearly 1,844 homicides of women were registered in Mexico (El Economista, 13 February 2021). In light of the high rates of femicide, women’s rights groups have pressed the government to take action. However, the issue of violence against women has been downplayed by the government. Recently, the Mexican president declared that the high rates of femicides could be explained by the adoption of a new classification system of categorizing certain homicides now as femicides (Infobae, 30 March 2021).