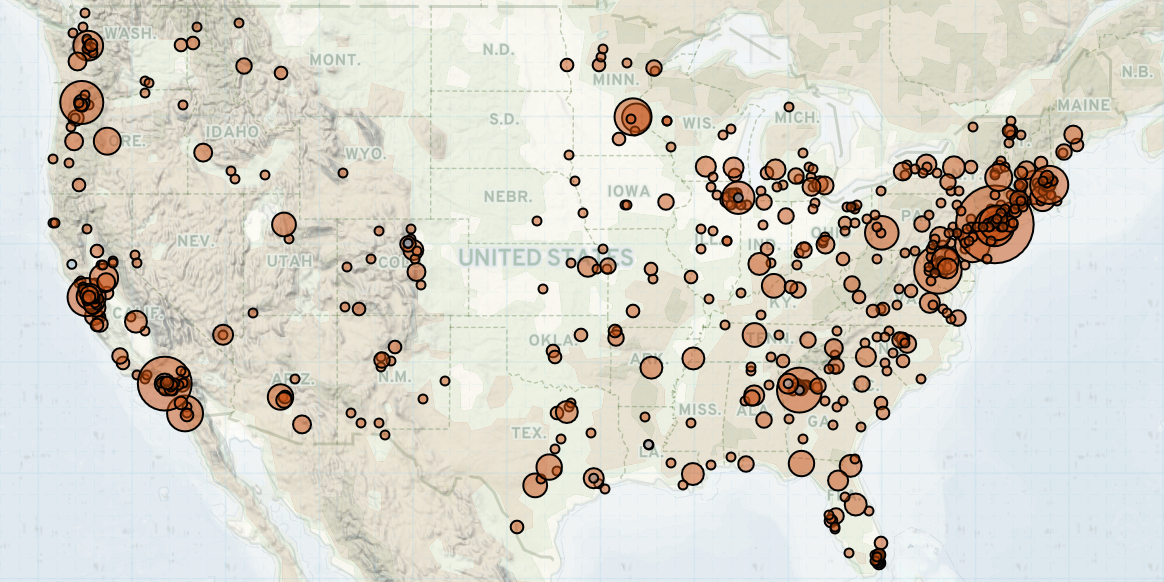 Demonstration events in the United States declined by about a quarter last week — returning to levels consistent with those prior to the recent mass shootings in Atlanta, Georgia and Boulder, Colorado. Demonstrations against racist anti-Asian attacks and in support of Asian American and Pacific Islander (AAPI) communities continued to account for the largest proportion of demonstrations. With the removal of COVID-19 restrictions announced or implemented in many states, demonstrations against these policies dropped by approximately three-fourths last week. Meanwhile, demonstrations associated with the Black Lives Matter (BLM) movement slightly increased as the trial of former police officer Derek Chauvin, charged with the murder of George Floyd, continued (NBC, 29 March 2021). Finally, militia activity — including a patrol in which over a dozen migrants were reportedly detained — continued last week amid a surge in migration at the US-Mexico border (Pew Research Center, 15 March 2021). Meanwhile, a car-ramming attack and officer-involved shooting at the US Capitol was reported on 2 April, leading to the deaths of the perpetrator and a police officer (Guardian, 2 April 7, 2021).

Demonstrations calling for an end to violence against AAPI communities continued at a slightly lower level last week compared to the week prior when protests spiked. Nevertheless, these events continued to account for the largest proportion of demonstrations reported last week. Although President Joe Biden announced a plan to combat anti-Asian violence on 30 March (New York Times, 30 March 2021), anti-Asian hate crimes continue to be reported at an elevated rate.

Meanwhile, a car-ramming attack at the US Capitol on 2 April resulted in the death of the assailant and a US Capitol Police (USCP) officer as well as one injury (Washington Post, 2 April 2021). After ramming his car into two USCP officers, the perpetrator exited his vehicle with a knife and was shot dead by police (CNN, 2 April 2021). An investigation into the incident is ongoing and the motivation behind the attack is currently unknown, although the perpetrator reportedly struggled with mental health issues during the pandemic (New York Times, 3 April 2021). Amid reports that the attacker was a member of the Nation of Islam, the religious organization issued a statement denying his membership and asserting that the attack “violates our teachings” (Nation of Islam, 6 April 2021). The US Capitol Building was locked down immediately following the incident (Guardian, 2 April 2021).

As state governments continue to lift restrictions designed to mitigate the spread of the coronavirus (New York Times, 6 April 2021), demonstrations against such restrictions dropped by 73% last week compared to the week prior. Since mid-January, demonstrations against COVID-19 restrictions have dropped by about 90%. However, amid the loosening of restrictions nationwide, new COVID-19 cases continued to rise in the US for the third straight week, even though a third of adults have now received at least one vaccine dose (Reuters, 29 March 2021; New York Times, 6 April 2021). For more on the pandemic’s impact on protest trends, see ACLED’s new report: A National Emergency: How COVID-19 Is Fueling Unrest in the US.

Demonstrations associated with the BLM movement increased by about a quarter last week, compared to the week prior. These events have been largely motivated by the trial of Derek Chauvin, the former police officer accused of murdering George Floyd (New York Times, 29 March 2021). BLM demonstrators also continue to appear at rallies for AAPI communities, expressing solidarity with all victims of systemic racism in the US (Times, 25 March 2021). Approximately a third of all BLM-linked demonstration events last week were held in support of Asian Americans.

Meanwhile, reported militia activity slightly declined last week compared to the week prior. Militia training events were reported in several states, including in Arizona, California, New Mexico, Pennsylvania, Texas, and Washington. The American Contingency continued their firearm training events in California, Pennsylvania, and Texas, and held a close quarters combat course in Arizona. Additionally, two unidentified communal militia groups reportedly held training events at undisclosed locations in New Mexico and Washington. Meanwhile, the Arizona Desert Guardians patrolled and claimed to have detained 15 migrants near the US-Mexico border in the area of Tucson, Arizona. These events come during an increase in migrants at the border (ABC News, 23 March 2021), with US Border Patrol and assisting agencies detaining more than 171,000 migrants in March 2021, the highest monthly total since over 180,000 migrants were detained at the border in April 2000 (Reuters, 2 April 2021).