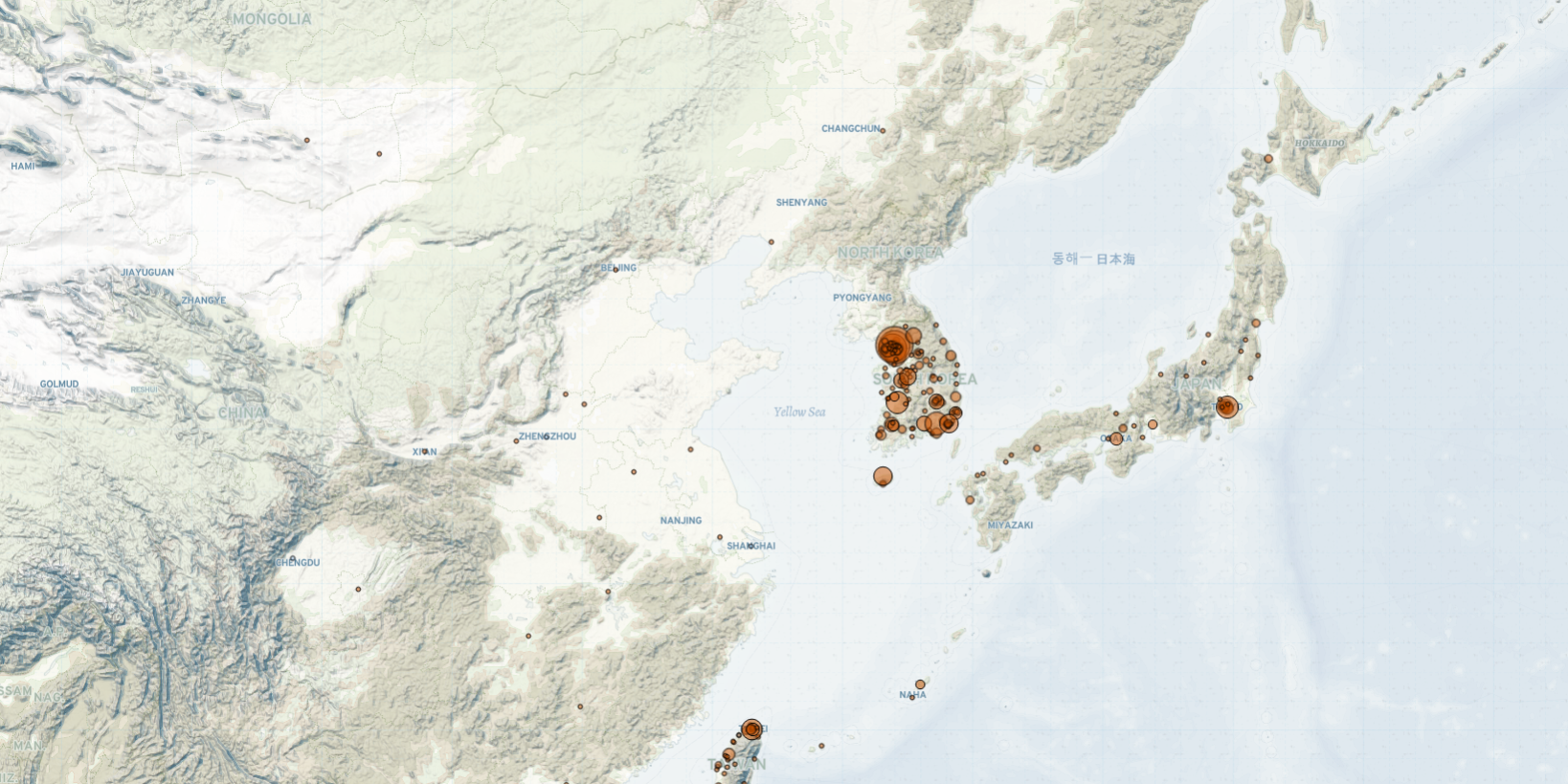 Last week in East Asia, members of the opposition in Taiwan demonstrated in Taipei to ask the current administration to take responsibility for a recent railway accident that killed 50 people. In North Korea, it was reported last week that military troops were deployed to set up barriers and high-voltage wires at the border with China in North Pyongan province. Lastly, in South Korea, the main opposition People Power Party (PPP) won the mayoral elections in the country’s largest cities, Seoul and Busan. People took to the streets to demand the newly-elected mayors support their various causes.

In Taiwan, members of the opposition staged several demonstrations in Taipei last week to call for accountability and thorough investigation of the train derailment on 2 April in Hualien county that killed 50 people and injured over 200. The accident is the deadliest railway disaster to occur in the country in decades (South China Morning Post, 9 April 2021). The protesters urged the premier and the transportation minister to step down, demanding major reforms of the state-owned Taiwan Railways Administration (TRA) in the wake of the accident (Liberty Times, 6 April 2021; Taipei Times, 6 April 2021). In 2018, 18 people died after a train derailed in Yilan county. After that accident, the current administration established a committee to review the TRA’s safety measures, but the opposition argues that the committee has failed to take concrete actions that could have prevented the recent accident.

In North Korea, it was reported last week that about 1,000 soldiers were deployed on 1 April as construction troops to Uiju county and Yongchon city in North Pyongan province, on the border with China (Daily NK, 5 April 2021). According to the source, North Korean authorities plan to install barriers and high-voltage wires along the border to increase security in the area. The border reinforcement will further impede illegal smuggling, which fuels a large part of the local informal economy. It will also serve as an additional obstacle for possible political defections among citizens. This border area has been one of the key corridors for both smuggling and defections.

Also, last week in North Korea, it was reported that the Ministry of State Security executed the chairman of the Distance Education Act commission after it was found during an investigation that the commission failed to achieve any progress (Daily NK, 9 April 2021). Sources suggest that the chairman had criticized the activity of the commission and its lack of resources.

Lastly, in South Korea, the main opposition PPP won the mayoral by-elections in the country’s two biggest cities, Seoul and Busan (AP, 8 April 2021). This is seen as a heavy defeat for the ruling Democratic Party and President Moon. Both are dealing with a drop in popularity due to soaring house prices and allegations of real estate speculation involving public officials (BBC, 8 April 2021). The result suggests a resurgence for the conservative opposition, which was hit by the impeachment of former President Park in 2017. Diverse groups of protesters demonstrated in Seoul and Busan to demand support for their causes. Sexual minorities, people with disabilities, and women’s groups asked the newly-elected mayors to address their concerns (Seoul Shinmun, 9 April 2021). Other civic groups called for measures to compensate small and medium businesses’ economic losses amid extended business restrictions during the ongoing coronavirus pandemic (Korea Economic Daily, 5 April 2021).