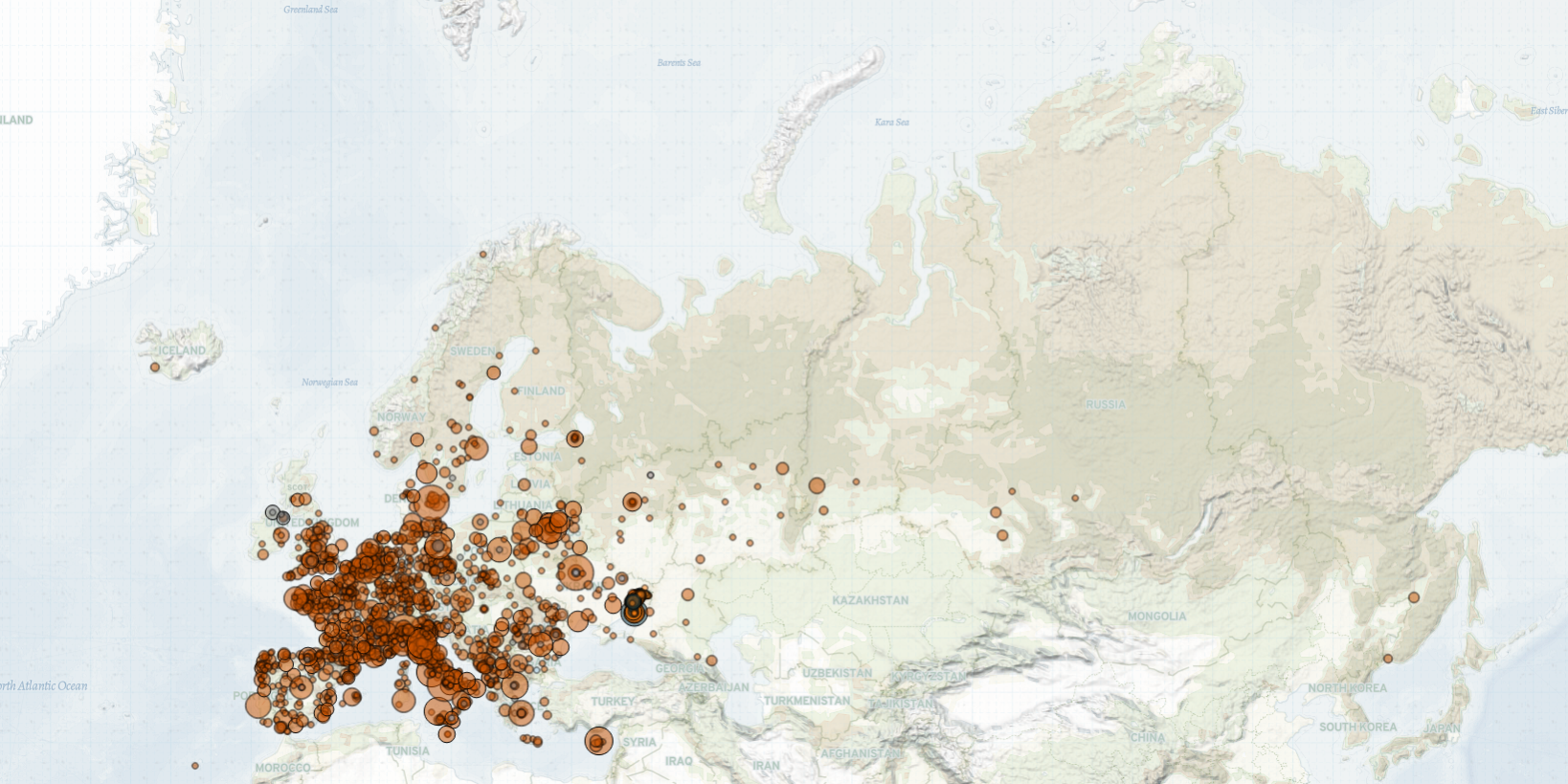 Last week in Europe, there were riots in Northern Ireland by loyalist militants primarily attacking police and potentially restarting more serious sectarian violence. In Belarus, the regime of Alexander Lukashenko adopted stricter laws to further discourage people from staging anti-government demonstrations. Demonstrations related to the coronavirus pandemic continued across the region. Meanwhile, Russia continues to deploy troops near its border with Ukraine. In the United Kingdom, demonstrations continued against a bill that would suppress peaceful protest. In Spain, tensions are rising over a polarizing political campaign for regional elections on 4 May. In France, the banned ultranationalist group the Grey Wolves attacked a Kurdish center. In Germany, people gathered in several cities for the traditional Easter Marches to call for nuclear disarmament and global peace.

In Northern Ireland, loyalist militants rioted in cities including in Belfast, Derry, Carrickfergus, and Newtonabbey, with violence targeting police. The alleged catalyst for the riots was the decision by the police not to charge 24 Sinn Fein politicians, who attended a senior figure of the republican movement’s funeral, in contradiction to coronavirus guidelines (Independent, 13 April 2021). With the annual marching season around the corner, there is concern around the sectarian violence that may follow. Some are saying they will not abide by the rules to present a notification form for parades this summer, as they “have spent 20 years telling people to avoid any trouble during the marches, and the reward is seeing massive flouting of rules by the other side” (Independent, 13 April 2021).

In Belarus, demonstrations demanding new elections and the release of political prisoners continued last week in Minsk and other cities across the country. In order to discourage civic participation and media coverage of protests, Belarusian lawmakers have approved several amendments which make most dissent against the government be seen as de facto “extremist” behavior (RFE/RL, 9 April 2021). Amendments were also passed giving the government power to regulate online media that displays content the state disapproves of in an effort to limit demonstrations and the freedom of press (RFE/RL, 9 April 2021).

Demonstrations related to the coronavirus pandemic continued across Europe. In the Czech Republic, Moldova, Romania, Denmark, Estonia, Bosnia and Herzegovina, Kosovo, Serbia, Slovenia, North Macedonia, the Netherlands, San Marino, Belgium, Austria, Germany, and Spain, people criticized their government’s response to the pandemic and opposed coronavirus restrictions. In Poland, Cyprus, Greece, and Ukraine, labor groups demand permission to work. In Lithuania, police officers demand earlier access to vaccines. In France, workers and employees of the entertainment and cultural industries demonstrated against the forced closure of the arts sector. In Italy, far-right activists at a largely street vendor and merchant demonstration against coronavirus restrictions, provoked violence by throwing several objects and smoke bombs at police, resulting in injuries and arrests (Today, 6 April 2021).

In the Donbas region of Ukraine, fighting between Ukrainian government forces and Russian-led forces continued at similar levels last week compared to the week prior. There were 38 armed clashes, 94 shelling incidents, and four fatalities reported. Russia continues to deploy troops from across the country to the Ukrainian border, including in occupied Crimea (Hromadske, 8 April 2021). The end goal of the military build-up of Russia at Ukraine’s borders remains unclear, with potential explanations ranging from saber-rattling to preparation for full-scale operations against Ukraine in multiple locations. Russia denies Ukraine’s request for information about the deployment of forces, and ignored a meeting last week of members of the Organization for Security and Co-operation in Europe (OSCE) that discussed this issue (DW, 12 April 2021). Regardless of the objective, the build-up of troops is likely to be followed by an escalation of fighting in Donbas in the coming months.

In the United Kingdom, thousands of protesters with a growing number of organizations — including Extinction Rebellion, Black Lives Matter (BLM), Stand Up To Racism, and trade unions — joined massive demonstrations under the banner “Kill the Bill” in over 30 cities (BBC, 4 April 2021). They demonstrate against the government’s Police, Crimes, Sentencing and Courts Bill, which would suppress the right to protest peacefully. In London, the demonstration turned violent when scuffles broke out between a small group of protesters and police. At least 107 people were arrested and 10 police officers were injured (Independent, 4 April 2021).

In Spain political tensions are increasing due to the upcoming regional elections on 4 May amid a polarized and fragmented political environment. Confrontations between rioters, including anti-fascist groups, and the police were reported in the Vallecas neighborhood of Madrid. Demonstrators started to throw objects at the Vox candidate to boycott the far-right party rally campaign (El Diario, 7 April 2021).

In France, an attack occurred on 3 April by around 20 hooded members of the ultranationalist Turkish group the Grey Wolves. They destroyed the premises of a Kurdish center in Lyon and physically attacked members of the organization, injuring four (France 3, 3 April 2021). The Grey Wolves were banned by the French government in November last year as part of a crackdown on militant groups in the country following the beheading of a schoolteacher in October (DW, 4 November 2020).

Overall, in Portugal, Spain, Italy, and France, protest activity decreased for the second week in a row during the Easter Holidays. While in Germany, people gathered in several cities for the traditional Easter Marches to call for nuclear disarmament and global peace (Tagesschau, 5 April 2021). This is an annual event that was virtual last year due to coronavirus restrictions.