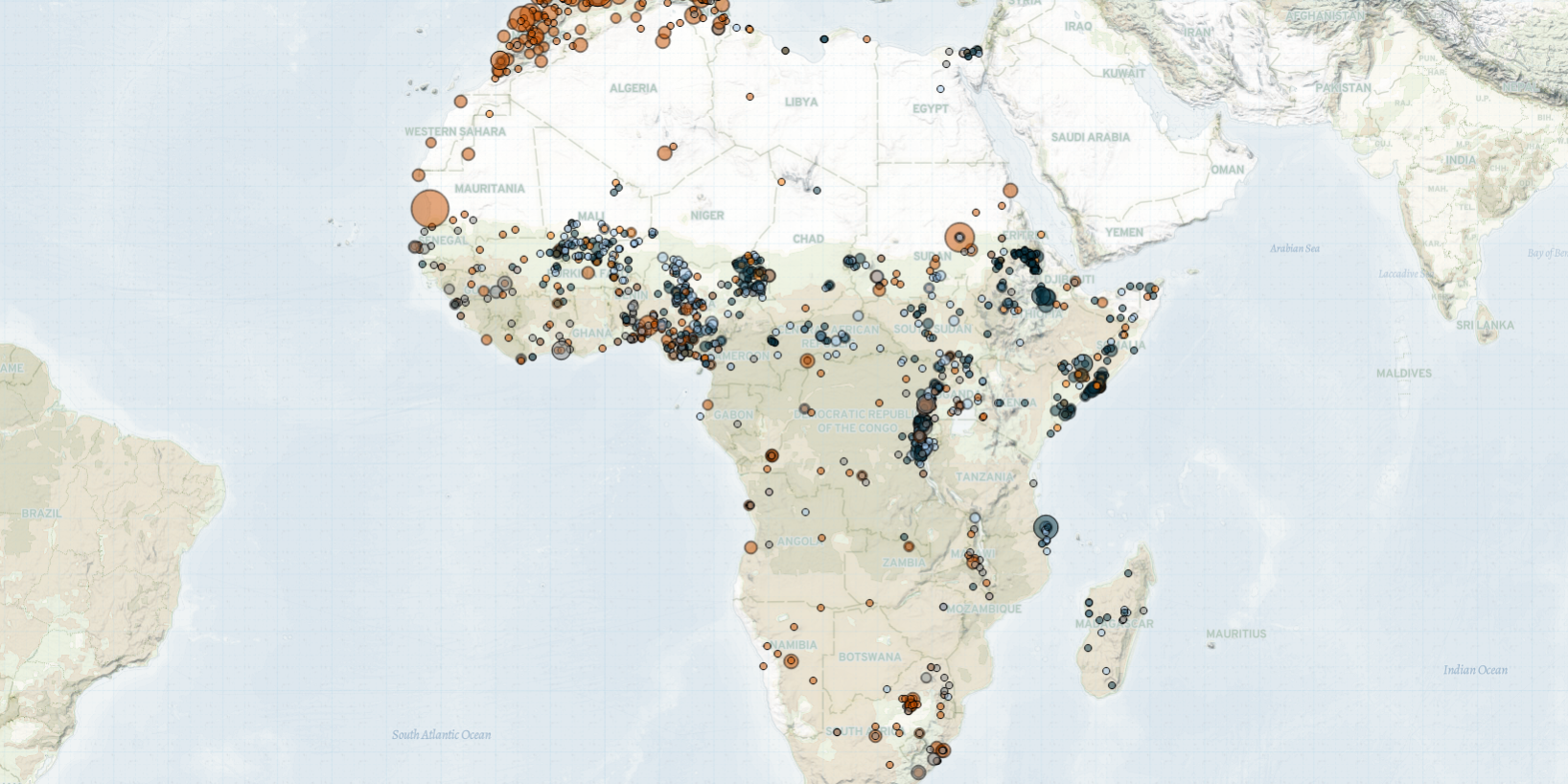 Last week in Africa, Libya-based rebels launched an incursion into Chad, coinciding with presidential elections; the Bay regional governor survived an assassination attempt by Al Shabaab in Somalia; and several days of militant attacks on a major town prompted the mass displacement of civilians in the Nigerian state of Borno.

Libya-based rebel group, the Front for Change and Concord in Chad (FACT) launched an incursion into the Tibesti region in the far north-west of Chad, coinciding with the country’s presidential election. In response to the offensive, Chadian military forces launched airstrikes targeting FACT positions in the city of Zouarke. Meanwhile, intercommunal violence broke out in the south-eastern Salamat region. More than 50 fatalities were reported across multiple days of fighting between allied Kibets and Dagal ethnic militias, and Arab ethnic militias.

Clashes between Volunteer for Defense of Homeland (VDP) forces and Islamist militants continued throughout the week in Burkina Faso, with incidents reported in the Centre-North, Sahel and East regions. In the Sahel region, a deadly attack by Islamic State (IS) militants near Gorgadji resulted in multiple VDP fatalities. Meanwhile, Burkinabe air forces also launched several airstrikes against Jama’at Nusrat al-Islam wal-Muslimin (JNIM) positions in Gourma province in the East region.

In Mali, suspected Katiba Macina militants clashed with Dozo militiamen in several areas within the central region of Mopti, resulting in dozens of Dozo fatalities. Elsewhere, the Chadian contingent of the G5 Sahel Force exchanged fire with presumed JNIM militants near Touriena in Tombouctou, capturing dozens of militants. Chadian forces also repelled an attack by suspected JNIM militants in the area of Godoware in Mopti.

In Nigeria, Islamic State West Africa (ISWAP) launched several days of sustained attacks on Damasak, the headquarters of Mobbar local government area in Borno state, prompting the intervention of state forces. Fighting led to mass civilian displacements, with up to 65,000 people fleeing the violence (UN, 16 April 2021). Meanwhile, in Katsina state, dozens of people were killed during clashes between local militias and bandits staging raids in the Faskari and Kankara local government areas.

In the Democratic Republic of Congo (DRC), Allied Democratic Forces (ADF) attacks continued in Ituri and North Kivu. In Ituri, the ADF killed 23 people and abducted 10 others during attacks in the Irumu territory. The violence continued amid mounting pressure on the UN peacekeeping mission to the DRC (MONUSCO) for their inability to resolve violence and deteriorating socio-economic conditions. Anti-MONUSCO demonstrations were observed in several major cities and towns in North Kivu, as well as Kasai-Central.

In the Central African Republic, military forces supported by UN peacekeepers (MINUSCA) and the Wagner Group regained control over several towns in Ouaka, Ouham and Nana-Grebizi prefectures after retreats and violent confrontations with Coalition of Patriots for Change (CPC) rebels. After some armed groups showed interest in peace negotiations, hundreds of youths staged several days of demonstrations in front of the MINUSCA headquarters in Bangui, opposing dialogue with CPC-affiliated rebel groups.

In Somalia, Al Shabaab staged a suicide bomb attack targeting the governor of the Bay region in Baidoa town. The governor was uninjured in the attack, which left several others dead. Meanwhile seventeen people were killed in the Middle Shabelle region when a minibus travelling between Mogadishu and Jowhar triggered an explosive device.