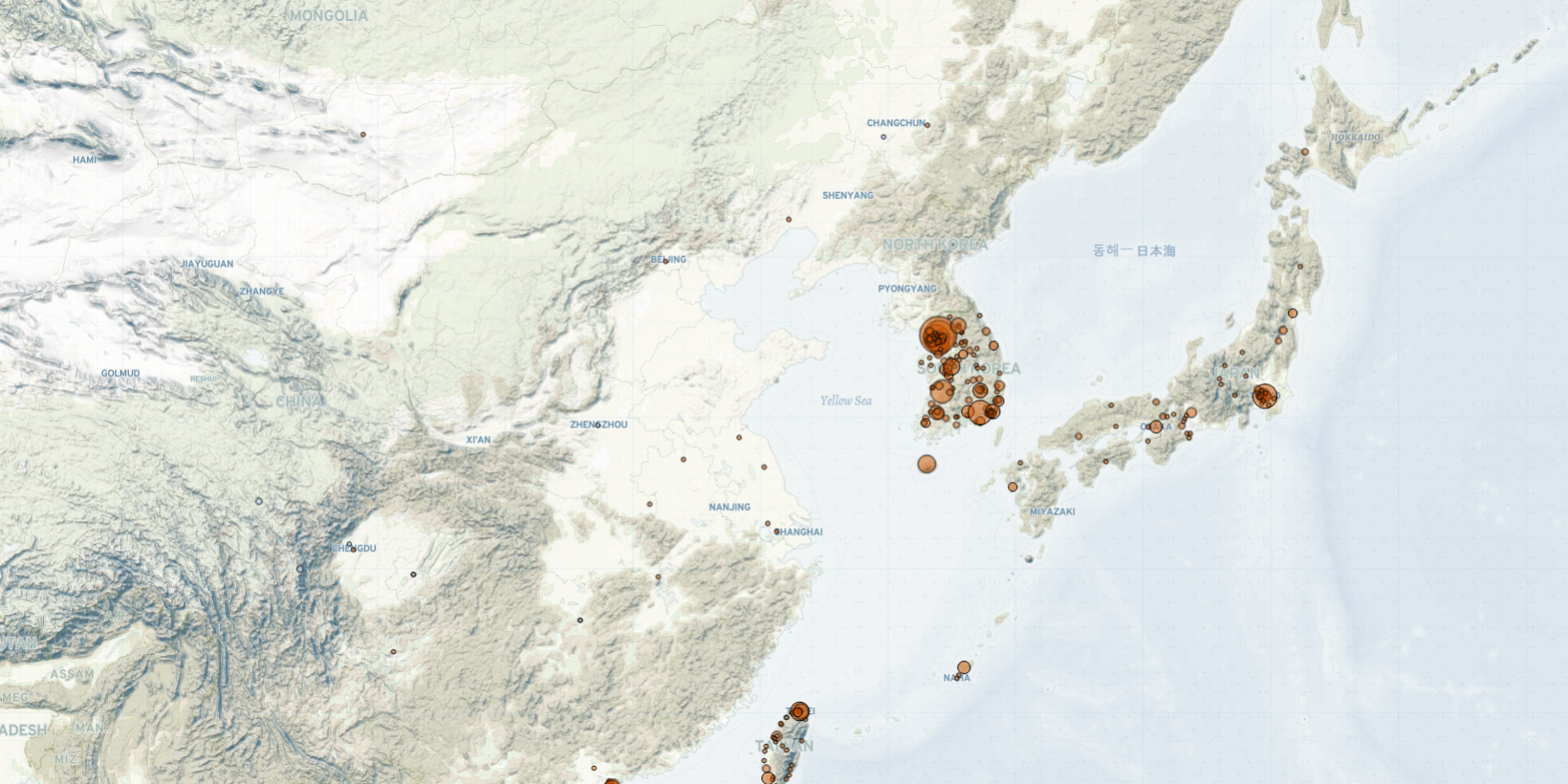 Last week in East Asia, the Japanese government’s decision to release treated wastewater from the Fukushima nuclear plant into the ocean sparked demonstrations in Japan, South Korea, Taiwan, and Hong Kong. As well, nine leading pro-democracy figures in Hong Kong — including Jimmy Lai and Martin Lee — were handed jail sentences of between 8-18 months for their involvement in unauthorized protests in 2019. In South Korea, nationwide rallies were held to commemorate the seventh anniversary of the Sewol ferry disaster. Lastly, in Japan, demonstrations were held in Osaka and Tokyo to oppose a bill to amend the immigration law, claiming that the proposed changes are not sufficiently protecting refugees’ rights.

On 13 April, the Japanese government announced a plan to release treated contaminated water from the destroyed Fukushima nuclear plant into the ocean (CNN, 13 April 2021). The radioactive water from the power plant, which is currently stored in tanks, will be treated to remove most of the radioactive elements. The process is expected to begin in about two years and will take decades to complete. Despite assurances from the Japanese government and the International Atomic Energy Agency (IAEA) that there is no harm in releasing the water, the decision has sparked protests in Japan and in neighboring countries. In Japan, demonstrations were reported in Tokyo and Fukushima (Tokyo Shimbun, 13 April 2021; Shimbun Akahata, 13 April 2021). Protesters oppose the plan due to health and environmental worries. Another major concern is the negative reputational impact that the release might cause for the local area’s fishery industry. In South Korea, Japan’s decision triggered a nationwide uproar. Various groups of protesters condemn the plan (Yonhap News Agency, 14 April 2021). President Moon ordered his office to explore petitioning an international court over Japan’s decision. The Ministry of Foreign Affairs also issued a statement expressing “strong regret and serious concerns” about the plan (Channel News Asia, 14 April 2021). In parallel, in Taiwan, a demonstration against Japan’s plan was organized by civil groups and legislators outside the Japan-Taiwan Exchange Association office in Taipei (Cool Loud, 16 April 2021). Similarly, in Hong Kong, political groups protested at the Japan Consulate-General against the Japanese government’s decision, citing concerns about negative consequences to food safety, human health, and the marine ecosystem.

In Hong Kong, nine pro-democracy ex-lawmakers and veteran activists were sentenced to between 8-18 months in prison for organizing and participating in unauthorized protests in 2019 (HKFP, 19 April 2021). The protests were part of the mass anti-extradition bill movement which drew thousands of people, and which were followed by some of the most tense and violent months in the history of the city since the handover to China in 1997 (BBC, 17 April 2021). Among those sentenced were media mogul Jimmy Lai and barrister Martin Lee, founder of the Democratic Party and dubbed by locals as the “father of democracy” (The Guardian, 16 April 2021). Following the passage of the National Security Law, Hong Kong has undergone other changes that have impacted democratic freedoms, including an overhaul of its electoral system to ensure that the city is governed by “patriots” (Time, 16 April 2021). Many opposition figures have since been jailed or have sought asylum abroad.

In South Korea, people held rallies throughout the country to commemorate the seventh anniversary of the Sewol ferry disaster. On 16 April 2014, 304 people died or disappeared as the Sewol ferry sank due to a sharp turn amid overloading. Last week, people took to the streets to urge the government to thoroughly investigate the incident and to hold government officials responsible for failing to organize speedy rescue operations (The Hankyoreh, 16 April 2021). The survivors also asked the government to provide proper compensation (Kyunghyang Shinmun, 13 April 2021). In response, President Moon reaffirmed that he will continue his efforts to find the whole truth behind the tragic ferry sinking (Yonhap News Agency, 16 April 2021) (for more on this, see this recent ACLED infographic).

Lastly, in Japan, people took to the streets in Tokyo and Osaka to oppose an amendment to an immigration law, claiming that the bill does not do enough to protect refugees’ rights. The new bill aims to resolve the long-term detention of immigrants who face deportation orders by allowing asylum seekers to be released under specific circumstances. The amendment is currently being discussed in the Diet. Japan has been criticized for the long-term detention of asylum seekers by the UN and other human rights organizations (The Japan Times, 16 April 2021). Human rights groups are particularly concerned about the new law limiting the number of times foreign nationals can apply for refugee status to two. This would allow the government to deport foreigners if they seek asylum for a third time without any justification (Asahi Shimbun, 19 April 2021). Japan granted asylum to less than one percent of refugees and asylum-seekers who applied in 2019. By comparison, Germany, a country which has a similar GDP, granted around 53 percent refugee statuses in the same year (Foreign Policy, 23 March 2021).