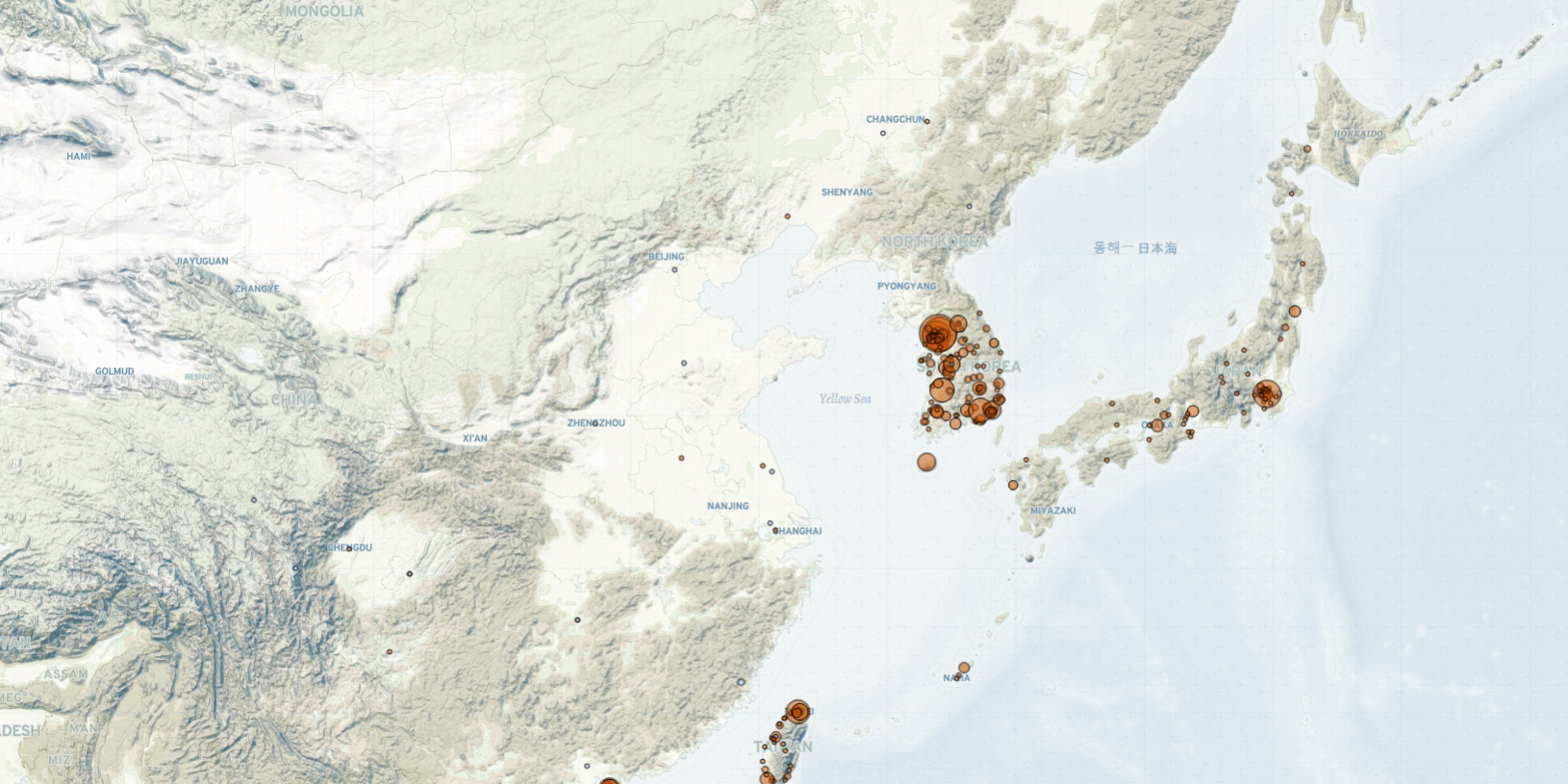 Last week in East Asia, just two months before his term expires, the president of Mongolia issued an order to disband the majority party in parliament, claiming it had violated the constitution. The current president, who is seeking re-election, is a member of the main minority opposition party in the Mongolian parliament. A series of protests were held in Japan, South Korea, and Taiwan to mark Earth Day and to call for governments to actively respond to the climate crisis. Meanwhile, in North Korea, a major crackdown on street vendors was reported in Hyesan City. In South Korea, the Seoul Central District Court rejected a claim by victims of wartime sexual slavery seeking compensation from the Japanese government. Lastly, demonstrations against the Japanese government’s decision to release treated wastewater from the Fukushima nuclear plant into the ocean continued to be held last week in South Korea, Hong Kong, Japan, and Taiwan.

On 18 April, Mongolian President Khaltmaa Battulga, who is also a member of the minority Democratic Party (DP), issued an ordinance to dissolve the ruling Mongolian People’s Party (MPP) (The Diplomat, 20 April 2021). In theory, Mongolia’s political system is semi-presidential in which the president is the head of state, with limited power over executive decisions. In practice, however, the current president’s powers are even more limited since the ruling MPP party holds a supermajority. President Battulga accuses the MPP of violating the constitution and the Law on Political Parties, and of trying to seize power by militarizing local officers and governors (Montsame, 20 April 2021). The MPP currently holds a supermajority in the parliament and successfully amended the constitution in 2019 to check the presidential powers and to strengthen parliamentary rule. According to the 2019 amendment, future presidents are limited to a single term in office. Nevertheless, it was unclear whether the current president who was in office when the changes were made could run again or not. On 16 April, the constitutional court ruled that he cannot. President Battulga thus issued a decree banning the ruling party, which was sent last week to the Supreme Court. It remains to be seen how the Court will decide. The upcoming presidential elections are to be held on 9 June. The current president, who enjoys widespread popularity, was elected in 2017 on an agenda focusing to counterbalance the dominance of the MPP (Mongolia Focus, 21 April 2021).

Climate protests, triggered by Earth Day on 22 April, were reported in Japan, South Korea, and Taiwan. Nationwide rallies were held in Japan to draw public attention to climate change. About 100 protesters gathered in Tokyo, demanding the government raise their goals for future reduction of CO2 emissions (Mainichi Shimbun, 22 April 2021). To mark Earth Day, Prime Minister Suga announced that Japan will aim for a 46% reduction in greenhouse gas emissions by 2030 (Japan Times, 22 April 2021). However, protesters believe the government should increase emission reductions to 62% – a percentage that Japan needs to meet in order to reach the goals of the Paris Climate Agreement (Mainichi Shimbun, 22 April 2021). In Taiwan, 14 environmental groups rallied in Taipei before meeting with President Tsai to discuss the country’s climate goals (Liberty Times, 22 April 2021). They called for 51 demands, including establishing a timeline to achieve net-zero carbon emissions by 2050. In South Korea, environmental groups held rallies across the country urging the authorities to implement policies addressing climate change, including withdrawing overseas coal investment and reducing greenhouse gas emissions (Yonhap News Agency, 22 April 2021).

In North Korea, a crackdown on street vendors has intensified over the past week. It was reported that between 17 and 19 April, 23 street vendors were taken to labor camps by the Ministry of Social Security forces in Hyesan City as a part of a street ‘clean-up operation’ (Daily NK, 22 April 2021). The authorities’ actions seem to be triggered by a recent order to eradicate anti- and non-socialist practices, which was stressed during the 6th Conference of Cell Secretaries of the Workers’ Party of Korea in early April (The Korea Times, 7 April 2021).

Meanwhile, in South Korea, the Seoul Central District Court dismissed a lawsuit filed by ‘comfort women’ against the Japanese government, contradicting its ruling from January (AP, 21 April 2021). In early January, the same court ordered Japan to pay reparations to 12 ‘comfort women’ who were coerced into providing sexual services to Japanese military personnel before and during World War II (South China Morning Post, 8 January 2021). However, on 21 April, the court rejected the plaintiffs’ claim and upheld the international law principle that grants ‘sovereign immunity’ from overseas lawsuits. While the South Korean government was cautious in commenting on the latest decision, the Japanese government welcomed the ruling (Hankyoreh, 23 April 2021). This development is likely to spark further protests in the coming weeks. The issue has been a source of regular demonstrations in South Korea over the past decades (for more on this, see this recent ACLED analysis piece).

Lastly, demonstrations opposing the Japanese government’s decision to release treated contaminated water from the destroyed Fukushima nuclear plant into the ocean continued to be held in South Korea, Hong Kong, Japan, and Taiwan. In South Korea, approximately 15% of all events recorded last week were demonstrations on this issue. Diverse groups of protesters, including local government officials, students, fishermen, and civic organizations, called for an immediate cessation of the plan (The Korea Herald, 18 April 2021). During a meeting with the US Special Presidential Envoy for Climate, the South Korean Foreign Minister expressed concern over the Japanese government’s decision. The US backs Japan’s decision, despite pushback from South Korea (Reuters, 19 April 2021), which will likely lead to more demonstrations in the region.