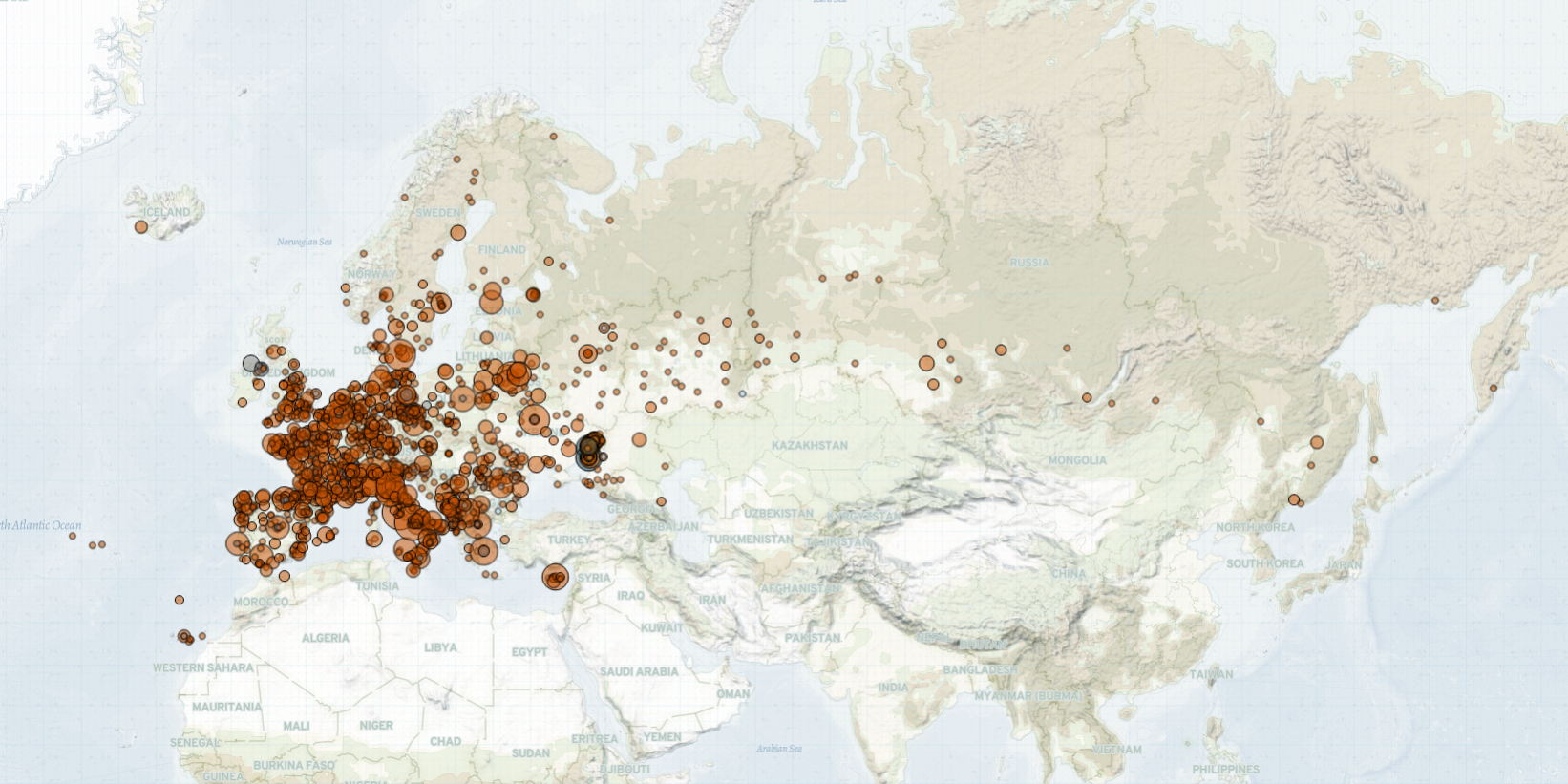 Last week, in Russia, people staged mass demonstrations demanding access to medical aid for imprisoned de facto opposition leader Alexei Navalny. In Belarus, demonstrations were held against the regime of Alexander Lukashenko. In Northern Ireland, loyalist unrest continued with rioting and unannounced parades. In Portugal, thousands demonstrated against the proposed ban of a far-right political party. On the Russian-Ukrainian border, Russia announced the withdrawal of troops after two weeks of mass mobilization.

In Russia, supporters of jailed de facto opposition leader Alexei Navalny staged demonstrations on 21 April. Navalny started a hunger strike on 31 March, demanding access to medical treatment after his health deteriorated in prison. The demonstrations attracted over 70,000 people across the country and led to over 2,000 arrests and detentions by police (Open Media, 21 April 2021; OVD Info, 21 April 2021). On 23 April, Navalny reportedly ended his hunger strike after being transferred to a civilian hospital in Vladimir (Meduza, 23 April 2021). At the same time, Russian authorities have stepped up their campaign against opposition and opposition-friendly media. Authorities arrested numerous notable Navalny supporters and other members of the opposition. They have labelled Meduza, one of the most prominent independent media outlets in the country, a “foreign agent,”, which has limited its ability to function (Amnesty International, 22 April 2021; Meduza, 23 April 2021).

In Northern Ireland, loyalist rioting once again took place, albeit on a smaller scale than during the week of 3-9 April. Bricks were thrown at police and roads were blocked with burning furniture in Belfast (Belfast Live, 19 April 2021). Several unannounced loyalist parades were also held. Parades usually require prior notification to the authorities due to their ability to worsen sectarian tension (The Belfast News Letter, 22 April 2021). In Dungiven, the New IRA took responsibility for planting a viable explosive device, which was discovered and removed, near a police officers’ personal car (Belfast Telegraph, 22 April 2021).

Demonstrations related to the coronavirus pandemic continued across Europe. In Czech Republic, Poland, Moldova, Romania, Denmark, Estonia, Bosnia and Herzegovina, Serbia, Slovenia, Finland, Belgium, France, the Netherlands, Spain, Switzerland, Austria, San Marino, and the United Kingdom, people demonstrated in opposition to coronavirus measures. In Croatia, Cyprus, Greece, North Macedonia, Ukraine, Portugal, and Italy, labor groups criticized restrictions on their work, demanding financial help from the government. In Germany, clashes occurred between demonstrators and the police when around 8,000 to 10,000 people, including members of the far-right, gathered to demonstrate against the Infection Protection Act, which outlines further coronavirus restrictions (Euronews, 21 April 2021).

In Portugal, thousands demonstrated in Lisbon on 18 April in response to a call by far-right party Chega (Enough!) against the possible ban of the party by the Portuguese government (Times of Malta, 18 April 2021). The Antifascist Unitary Front (RUA) staged a counter-protest at the same time against fascism and corruption. Formed in 2019, Chega entered parliament in the same year, winning 1.3% of the popular vote (WHO Governs, 7 October 2019). The party is accused of fuelling xenophobia, thus violating the Portuguese constitution (Times of Malta, 18 April 2021).

In the Donbas region of Ukraine, fighting between Ukrainian government forces and Russian-led forces continued at similar levels last week compared to the previous week. There were 72 armed clashes, 109 shelling incidents, and five fatalities reported. Following large-scale drills amid tensions with Ukraine, Russian Defence Minister Sergei Shoigu instructed commanders to start withdrawing troops starting 23 April. Since then, Russian soldiers had been massing near the borders with Ukraine and in occupied Crimea (Ukrayinska Pravda, 22 April 2021). Notably, Russia is planning to leave behind heavy artillery (The Guardian, 22 April 2021). The pullback is likely to de-escalate tensions between the two countries in the short term. However, the massive mobilization showed Russia’s ability and willingness to quickly increase pressure on Ukraine. Such a strategy may be used during Donbas peace talks. If Russia does not withdraw its heavy equipment, then it will retain the ability to escalate tensions rapidly.