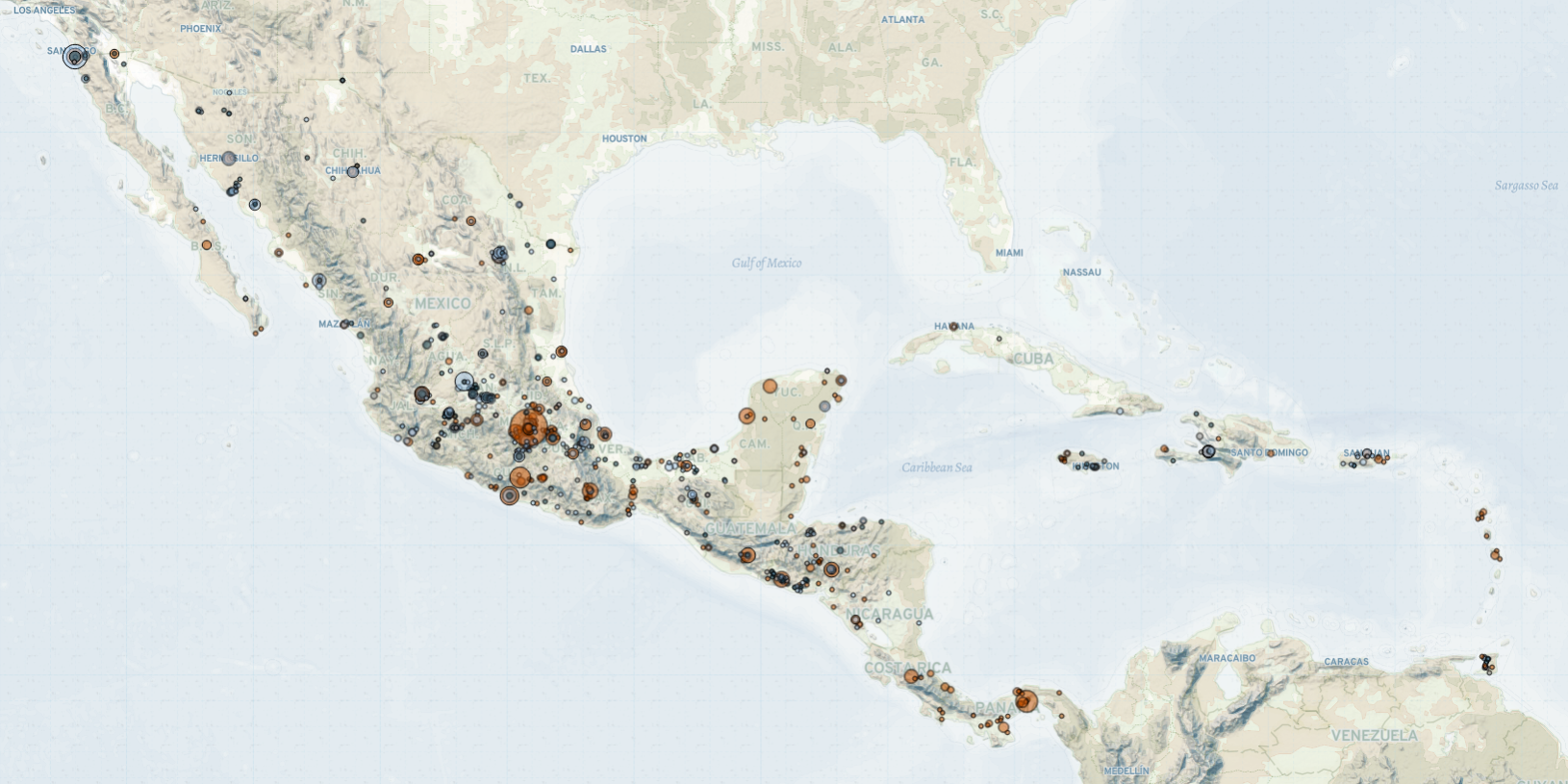 Last week in Mexico, Central America, and the Caribbean, there continued to be a high level of demonstrations. In Nicaragua, police attacked and arrested members of the opposition amid protests to commemorate the third anniversary of the 2018 anti-government uprising. In Honduras, taxi and bus drivers protested, demanding subsidies and lower gasoline prices to cope with the economic impact of the coronavirus pandemic. In Belize, teachers and public servants protested against a 10% cut in public workers’ salaries. Finally, in Mexico, clashes between criminal groups and state forces intensified in the states of Sonora and Michoacan.

In Nicaragua, amid rare opposition protests to commemorate the third anniversary of the 2018 anti-government demonstrations, police attacked and arrested opponents to the regime of Daniel Ortega. On 19 April, members of the Civil Alliance for Justice and Democracy (ACJD) — an opposition movement that emerged during the 2018 anti-government demonstrations — gathered in Managua to demand the release of political prisoners. During the protest, police officers damaged the vehicle of journalists who were covering the event. They threw stones at protesters, preventing them from leaving the building where they were gathering. Similarly, in Esteli, the president of the Mothers of April Association — an organization that advocates for victims of state-led violence during the 2018 demonstrations — was arrested by police officers for unknown reasons. She was released hours later after she was reportedly stripped and beaten by the officers (La Prensa, 22 April 2021). Elsewhere, in Bluefields, law enforcement officers beat a journalist who has openly criticized the regime and forced her to stay inside her house. According to a local NGO, police forces arbitrarily detained at least 39 members of the opposition between 15 and 20 April (Monitor Azul y Blanco, 23 April 2021).

Tensions have increased in Nicaragua ahead of the presidential elections scheduled for 8 November. In addition to targeted attacks, the government has taken new steps to silence the opposition. It recently proposed an electoral reform that restricts members of organizations receiving foreign funds from participating in the elections (Deutsche Welle, 21 April 2021). Thus far in 2021, ACLED records at least 15 attacks perpetrated by law enforcement forces against members of the opposition. Nearly half of those attacks have been recorded in April.

In Honduras, taxi and bus drivers demonstrated and blocked roads in at least nine of the 18 departments of the country. Representatives of the drivers demand debt relief for transport companies whose revenues have decreased amid the coronavirus pandemic (Tiempo, 20 April 2021). In addition, the drivers demand discounts for gasoline purchases, as agreed to by authorities in September 2020 (La Prensa, 20 April 2021). On 20 April, the drivers lifted the roadblocks after the government signed a presidential decree that approved the payment of subsidies and gasoline discounts (La Prensa, 21 April 2021). Between 2020 and 2021 in Honduras, ACLED records that nearly 40% of demonstrations related to the coronavirus pandemic have been organized by taxi and bus drivers.

In Belize, teachers and public servants protested against the government’s national budget proposal. Members of the Belize National Teachers Union and workers of the Public Service Union staged protests in at least four of the country’s six districts against a 10% wage cut for workers of the public sector (News 5, 22 April 2021). The government claims that the proposed cut is a consequence of the general economic crisis caused by the coronavirus pandemic (Amandala, 10 April 2021). However, teachers and public workers accuse the government of corruption (Amandala, 24 April 2021). Last week, ACLED records at least five such demonstration events, the highest number of demonstration events in a single week since ACLED coverage of Belize began in 2018.

In Mexico, gang violence intensified in the state of Sonora last week. On 18 April, at least 60 armed men ambushed a group of military officers in the municipality of Caborca, resulting in at least eight fatalities. The clash is likely connected to cartel activities. The municipality of Caborca has been coveted by organized crime groups for its gold mining activities and for the revenues the extortion of private mining companies generates (El Universal de Queretaro, 20 July 2020). In addition, cartels, such as the Sinaloa Cartel and its splinter Caborca Cartel,  have been fighting for control of drug trafficking routes and bordering areas with the United States (Infobae, 7 April 2021). In April, ACLED records an increasing number of clashes — already double the monthly number of events when compared to levels recorded last month.

Meanwhile, also in Mexico last week, in the state of Michoacan, the Jalisco New Generation Cartel (CJNG) used a drone charged with explosives to attack military forces, injuring two officers. The attack took place in the municipality of Aguililla following the deployment of state forces in the area to restore order. Aguililla has been the site of clashes between the United Cartel (CU) and the CJNG to control the production of synthetic drugs and key drug trafficking routes (Union Jalisco, 26 April 2021). Criminal groups have opposed the intervention of law enforcement in the conflict. They have set roadblocks, hampering the movement of people to and from the municipality (Infobae, 8 April 2021). Prompted by gangs’ increasing use of drones, the Mexican government announced in September 2020 the purchase of an anti-drone system valued at 9.6 million US dollars (InSight Crime, 29 September 2020). The use of drones by organized crime groups was previously observed for illegal drug shipping, surveillance, or to conduct attacks (Chicago Tribune, 22 April 2021; The New York Times, 30 December 2020).