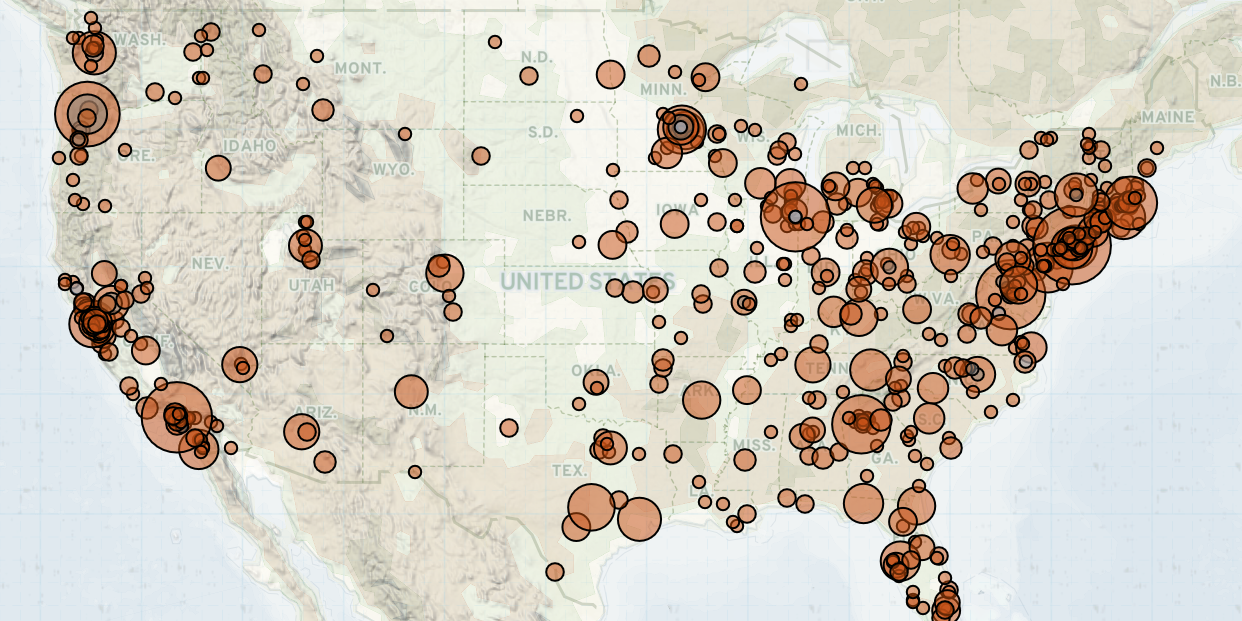 Demonstrations in the United States continued to increase last week, rising by about a quarter compared to the week prior. This upward trend is largely driven by a 77% increase in demonstrations associated with the Black Lives Matter (BLM) movement amid a series of high-profile police killings of Black, Indigenous, and People of Color (BIPOC) as well as the trial of former police officer Derek Chauvin, who was found guilty of murdering George Floyd. Against this backdrop, local and state governments across the country also moved to institute new security measures with the stated goal of forestalling civil unrest. Meanwhile, demonstrations calling for an end to hate crimes against Asian Americans continued, albeit at a lower rate last week than in mid-March when protests first erupted. Meanwhile, demonstrations related to the COVID-19 pandemic declined last week compared to the week prior, as did militia activity, which was largely confined to small arms training by the American Contingency organization.

Two incidents of police violence against Black men were reported last week, driving continued demonstrations associated with the BLM movement. In North Carolina, Andrew Brown Jr. was fatally shot in the back of the head as he was driving away from deputies who were executing a search warrant at his home in Elizabeth City on 21 April (NBC News, 27 April 2021). Police have declined to answer whether or not Brown was armed, and a North Carolina judge ruled against releasing body camera footage to the public (NBC News, 28 April 2021). Brown’s family maintains that he was unarmed (Washington Post, 27 April 2021). On the same day in Virginia, a Spotsylvania County deputy shot an unarmed Black man, Isaiah Brown, 10 times, leaving Brown in critical condition (NBC News, 26 April 2021). The deputy who shot Brown had driven him home less than an hour before the incident after his car broke down (WRIC, 27 April 2021).

In light of these incidents and the Chauvin trial, demonstrations associated with the BLM movement surged for the second consecutive week. These demonstrations accounted for about half of all demonstration events reported last week. While most demonstrations remained peaceful, a half-dozen events involving violence, vandalism, and/or looting were reported around the country. Notably, four police officers were injured during clashes between police and demonstrators in Sacramento, California (CBS13, 17 April 2021). Conversely, police intervened against peaceful protesters associated with the BLM movement in at least eight events across the country. In at least two instances, police reportedly used excessive force. In Louisville, Kentucky, video shows six police officers forcing a man to the ground and repeatedly punching him in the head after he flexed while being restrained (Courier Journal, 18 April 2021). In Brooklyn, New York, the New York Police Department’s counter-terror unit, the Strategic Response Group, arrested several protesters during an intervention that led to the hospitalization of at least one protester (Twitter @Protest_NYC, 18 April 2021).