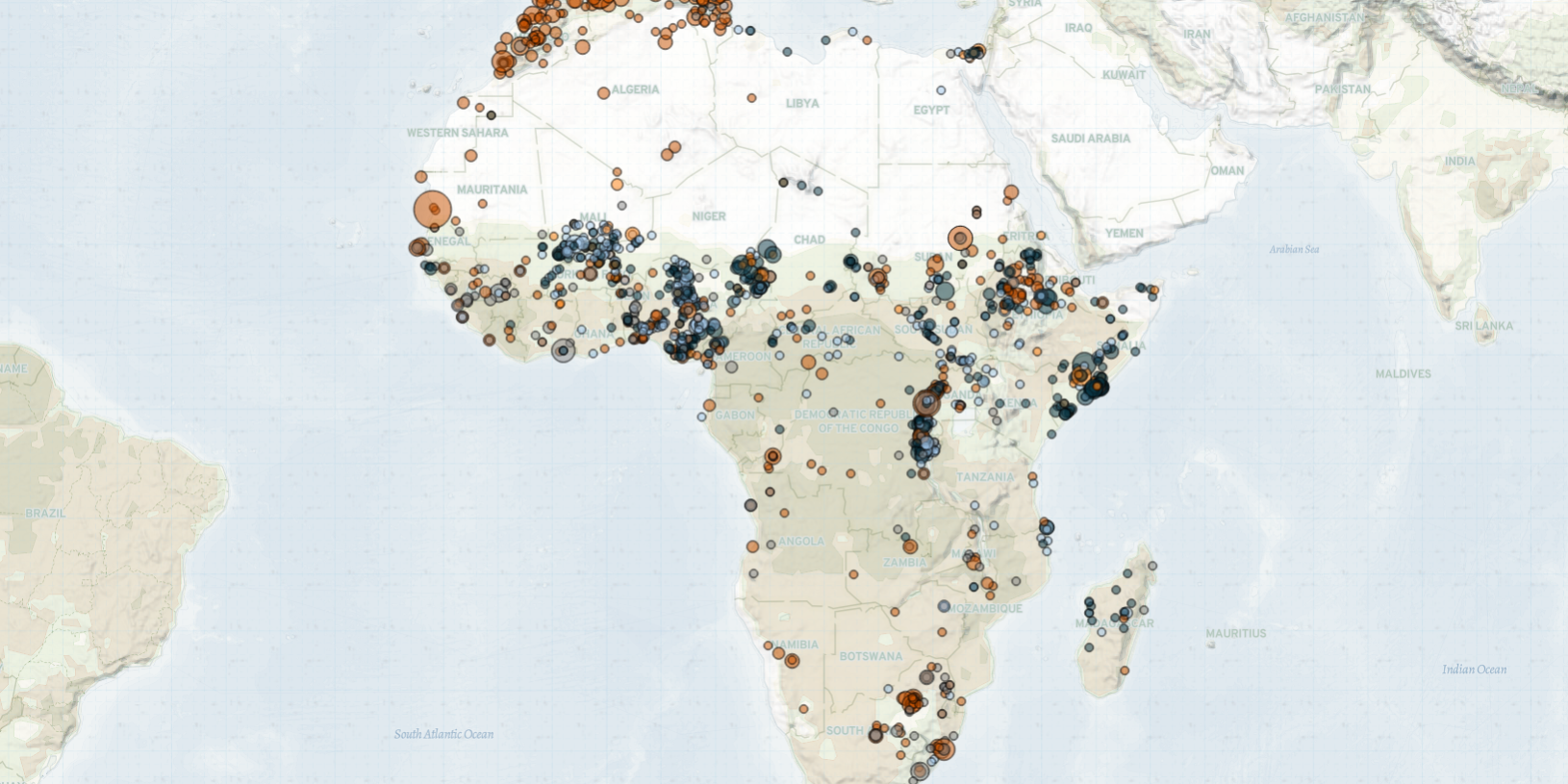 Last week in Africa, ongoing insecurity prompted the enactment of a state of siege in the eastern Democratic Republic of Congo, and a parliamentary proposal for similar emergency powers in Nigeria; opposition claims of government illegitimacy prompted violent clashes in Chad and Somalia; and Islamic State West Africa Province (ISWAP) launched deadly assaults on military bases across multiple countries in the Lake Chad basin.

In Mogadishu, the capital city of Somalia, government forces clashed with soldiers opposing an extension to President Mohamed Abdullahi Mohamed’s presidential term. Multiple fatalities were reported, and at least 60,000 people were displaced by the fighting (UN RC/HC Somalia, 28 April 2021). The clashes came less than a fortnight after President Mohamed controversially signed a two-year extension to his expired mandate (VOA, 14 April 2021), following a failure to hold national elections (for more on ongoing political tensions in Somalia, see this ACLED report). Meanwhile, Al Shabaab militants continued to launch targeted attacks on government officials, with assassination attempts reported in the regions of Mudug and Lower Shabelle, as well as Mogadishu. In the Lower Shabelle region, Al Shabaab militants killed the Leego district commissioner during a grenade attack on his residence in Wanla Weyne.

In Ethiopia, fighting continued in the Amhara and Oromia regions. In Amhara, an armed clash between forces associated with the Tigray People’s Liberation Front (TPLF) and Amhara Regional Special Forces left at least 11 people dead. In Oromia, government sources allege that the Shane splinter faction of the Oromo Liberation Front (OLF) shot and killed 15 civilians, and wounded others, travelling by bus. Spokespersons for the Oromo Liberation Army (commonly referred to as OLF-Shane by the government) officially deny any involvement in attacks in the region (Addis Standard, 1 May 2021), though they are active in the region. Meanwhile, peaceful demonstrations against targeted attacks on ethnic Amhara civilians continued in the Amhara, Oromia and Somali regions.

In the Democratic Republic of Congo (DRC), the national government declared a ‘state of siege’ across the provinces of North Kivu and Ituri. This comes days after President Félix Tshisekedi requested help from France to combat the Allied Democratic Forces (ADF) insurgency (France 24, 1 May 2021). The declaration came as ADF militants staged multiple attacks on civilian populations in both North Kivu and Ituri. Elsewhere, violence escalated between the Banyamulenge groups of Ngumino and Twirwaneho against RED-Tabara and Mayi Mayi fighters in Uvira territory in South Kivu province.

In Nigeria, the national parliament issued a resolution calling on President Muhammadu Buhari (Premium Times, 27 April 2021) to declare a state of emergency, as state forces battled insurgencies across multiple fronts. In Niger state, Boko Haram took control of territory in the Shiroro local government area. This is a dramatic shift out of their traditional range of operations, which is normally centered in Borno state. The latest move is, however, in line with public attempts by Boko Haram in the past year to co-opt armed groups operating in Niger and Zamfara states (HumAngle, 16 June 2020). In the southeast states of Rivers and Imo, fighting between the security wing of the Indigenous People of Biafra (IPOB), the Eastern Security Network (ESN), and Nigerian state forces resulted in 19 reported fatalities, including the ESN commander.

In the Lake Chad basin, ISWAP fighters launched attacks on multiple military bases in Nigeria, Chad, and Niger. In Nigeria, ISWAP militants killed more than 30 soldiers when they launched an assault on an army base in Mainok. In Chad, militants attacked a military outpost in Litri in Kaya department, resulting in significant military and militant fatalities.