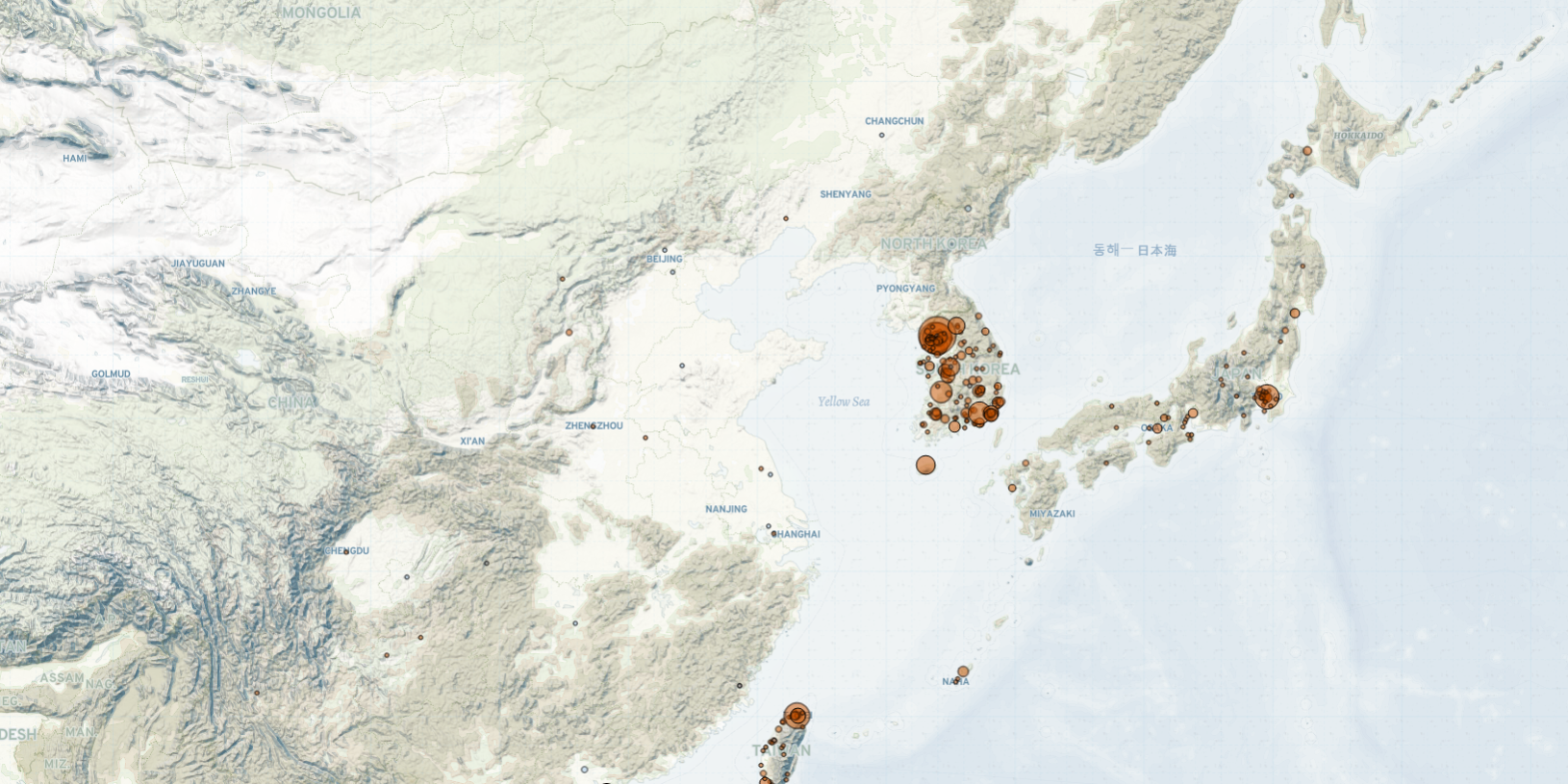 Last week in East Asia, the Mongolian parliament adopted an amendment to the Presidential Election Law barring the current president from running for re-election. The amendment is seen as highly controversial. North Korean authorities announced that they have successfully tested a new type of “miniaturized unmanned drone,” which could be used to survey and attack South Korean military facilities. In South Korea, civic and labor groups took to the streets to demand the South Korean government improve inter-Korean ties. Meanwhile, demonstrations opposing  Japan’s plan to release treated contaminated water from the Fukushima nuclear plan continue to be held across South Korea. Lastly, in Japan, demonstrations opposing an amendment to the immigration law continued.

In Mongolia, a political crisis is unfolding ahead of the upcoming presidential elections on 9 June. The president, who represents a minority party, has issued an order to disband the parliament’s supermajority Mongolian People’s Party (MPP), a move which still awaits a decision on its legality from the Supreme Court. In response to the president’s action, last week, the parliament adopted an amendment to the Presidential Election Law, accepting a constitutional court order that makes the current president ineligible for re-election. This is seen as highly controversial, as any amendments to this law one year before an election are considered illegal.

It was reported last week that the North Korean military successfully tested “reconnaissance and offensive-use miniaturized unmanned drones” (Daily NK, 28 April 2021). The test occurred over three days, starting 10 April in Kusong city, North Pyongan Province. Pyongyang authorities claim that these unmanned drones have the capacity to survey and attack South Korean military facilities (Daily NK, 28 April 2021). The development of new modern drones was highlighted during the Eighth Congress of the Korean Workers’ Party in January this year. North Korea began production of both reconnaissance and attack drones on 15 April and hopes to start using them by November. North Korea has previously flown drones into its neighbor’s air space, but this would be the first time they could also launch attacks.

In South Korea, nationwide rallies were held last week to urge the government to improve inter-Korean relations. The third anniversary of the Panmunjom Declaration was marked on 27 April. The declaration is a joint statement adopted during a 2018 summit between the two countries and is considered a milestone in inter-Korean relations. In the statement, both governments agreed to cooperate on officially ending the Korean War, improve relations, and work on the denuclearization of the Korean peninsula. To mark the anniversary, two of the largest labor unions in South Korea staged a joint protest in Seoul to criticize the current administration for severed inter-Korean relations (Yonhap News Agency, 27 April 2021). Civic and labor groups held a protest march from Busan to the Korean Demilitarized Zone, a buffer zone between North and South Korea, calling on the South Korean president to improve ties between the two countries (News1, 27 April 2021). In response, President Moon Jae-in called for the resumption of inter-Korean talks at all levels to advance the peace process (The Korea Herald, 27 April 2021). After the historic inter-Korean summit between the two sides in 2018, hopes for peace between the two countries reached a deadlock despite South Korea’s effort to re-engage in talks with North Korea.

Also in South Korea, diverse groups of protesters continue to demonstrate against the Japanese government’s decision to release treated radioactive water from the Fukushima nuclear power plant. Last week, fishermen and members of the National Federation of Fisheries Cooperatives staged a series of nationwide protests at sea, with more than 500 fishing boats campaigning against the release plan (No Cut News, 30 April 2021).

Lastly, in Japan, protests against planned changes to immigration laws continued last week (Tokyo Shimbun, 30 April 2021). Protesters demand the abolition of long-term detention, the acceptance of more refugees, and the protection of the human rights of immigrants. The new amendments to the immigration laws have been criticized for lacking regulations specifying a maximum detention period and for containing penalties for immigrants or asylum seekers who refuse to return to their home countries (The Japan Times, 20 April 2021).