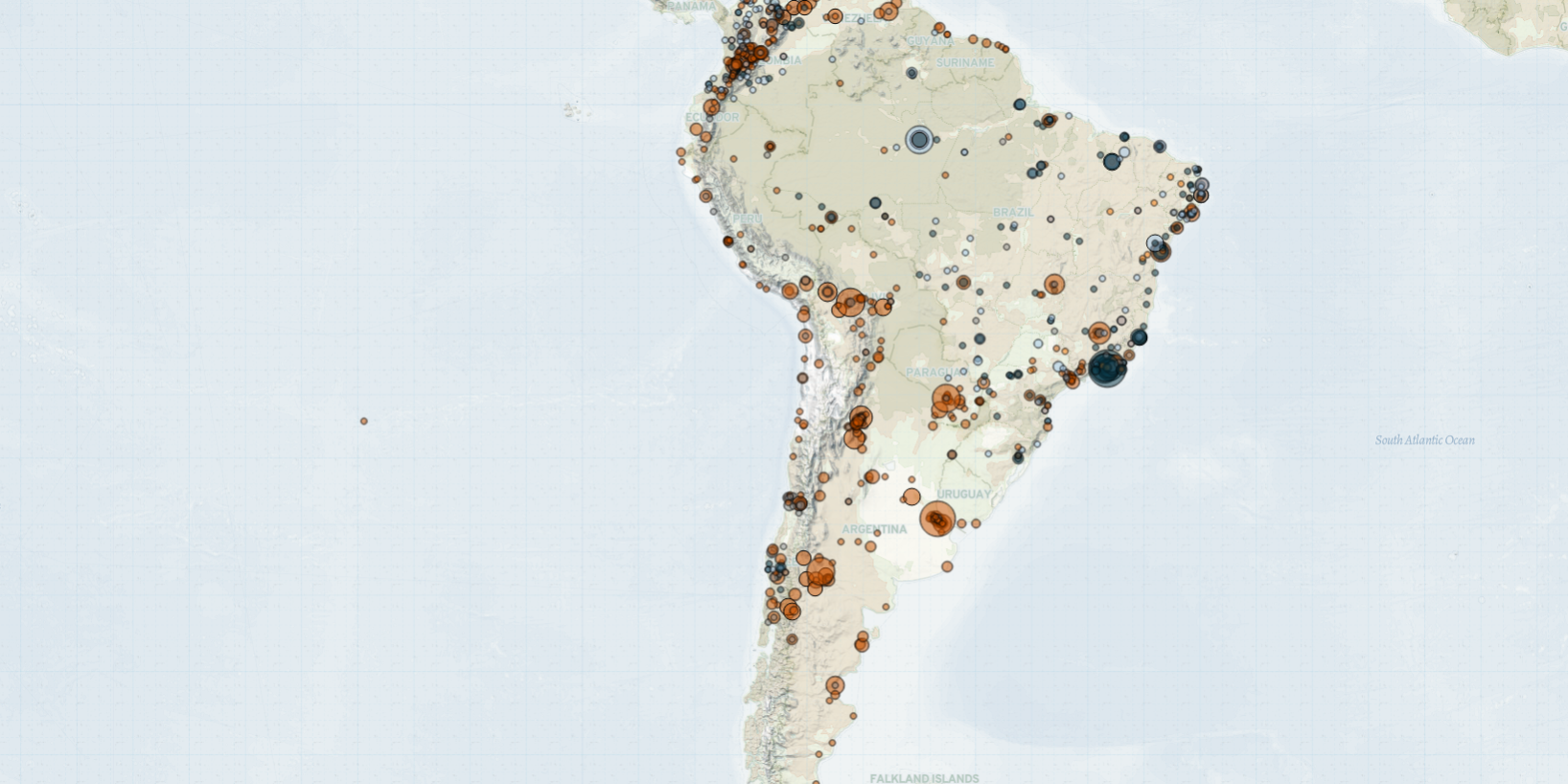 Last week in South America, violent clashes broke out in Colombia between demonstrators and state forces amid a nationwide strike against the government’s proposed tax reform. Meanwhile, demonstrations against the government’s handling of the coronavirus pandemic and concerns over the workload of health workers continued in Argentina. In Chile, citizens demand access to their pension funds amid the economic crisis. In Brazil, armed clashes slightly decreased compared to the previous week. Finally, in the border region of Colombia and Venezuela, clashes between the Venezuelan armed forces and dissidents of the Revolutionary Armed Forces of Colombia (FARC) increased in Apure state.

In Colombia, demonstrations erupted throughout the country after the government announced the introduction of a fiscal reform that would increase taxation prices on basic commodities and would lower the exemption limit for income taxes (BBC Mundo, 29 April 2021). Thousands of labor union workers, students, teachers, farmers, and other social organizations took to the streets. A nationwide strike, originally planned for 28 April, extended into a multi-day demonstration (Reuters, 29 April 2021). Several clashes between the Mobile Anti-Disturbances Squadron police forces (ESMAD) and demonstrators were reported. Although reports on the number of demonstrators killed vary, locals say at least 10 people had been killed by law enforcement as of 30 April (El Espectador, 1 May 2021). Polls indicate that the tax reforms proposed by the government of President Ivan Duque are unpopular among around 80% of the Colombian population as they would mainly impact working-class citizens (El Tiempo, 2 May 2021).

In Argentina, health workers continued to hold demonstrations in the Neuquén province for the third consecutive week last week. Demonstrators demand improvements in their working conditions, including better sanitary equipment and retroactive payments for their increased workload amid the coronavirus pandemic (Rio Negro, 28 April 2021). The ongoing demonstrations have caused an economic loss of USD 13 million per day as the roadblocks obstruct access to oil and gas production fields (Diário de Cuyo, 23 April 2021). Access to traffic across the Cardenal Antonio Samoré International Pass between Chile and Argentina is also closed, causing further economic losses (La Nación, 22 April 2021). Consequently, in Chile, truck drivers blocked the border crossing for Argentinian trucks in the Los Lagos and Magallanes regions. Drivers claim that nearly 200 of their colleagues remain stranded in the Neuquen province due to the blockades in Argentina. They demand government intervention to solve the crisis (Infobae, 27 April 2021). Authorities in both countries have expressed concern over a potential food shortage in the Patagonia region stemming from the blockades (Telam, 26 April 2021).

Also in Chile, protests continued over the government’s decision to appeal a bill to the Constitutional Court that would allow workers to withdraw 10% of their private pension funds for the third time (La Tercera, 20 April 2021). Thousands of port workers took to the streets during a three-day nationwide strike to press President Sebastián Piñera to sanction the bill (Biobio Chile, 26 April 2021). The unions of port workers are among the most influential organizations in Chile, as up to 90% of the country’s exports are seaborne (Servicio Nacional de Aduanas e Impuestos, 9 November 2020). Union members have expressed their disagreement with the current pension system, known as AFP (Administradoras de Fondos de Pensiones, in Spanish) on multiple occasions.  The Constitutional Court rejected Piñera’s bid, and on 27 April the president decided to promulgate the bill (Reuters, 27 April 2021).

In Brazil, clashes between armed groups and security forces resulted in at least 31 fatalities last week. In Luziânia, Goiás state, military police and suspected Friends of the State (ADE) gang members clashed in a rural area. The battle led to seven gang members killed and one military officer injured (Correio Braziliense, 28 April 2021). The violent conflict over territorial control between criminal groups continued. Near Itacoatiara city, Amazonas state, the bodies of four suspected members of a criminal group were found in a house in an area known as Sudam. The remains of the victims show signs of torture, while a survivor of the attack was brought to a local hospital (Portal do Holanda, 29 April 2021). Clashes between rival groups are becoming more common in the border states of Brazil as criminal organizations fight over control of drug-trafficking routes (Insight Crime, 8 March 2021).

In other developments, tensions in the Colombia-Venezuela border region increased last week as clashes between Venezuelan military forces and members of a dissident faction of the FARC escalated in Apure state. On 23 April, local sources report at least 12 military soldiers were killed following an ambush by FARC dissident members, while official sources reported eight soldiers were killed throughout the weekend (Caraota Digital, 28 April 2021a, 28 April 2021b). The clashes have caused widespread concerns after reports of human rights abuses by Venezuelan security forces, including extrajudicial executions and the torture of local residents (HRW, 26 April 2021). Several groups have been calling attention to a dispute between the National Liberation Army (ELN) and FARC dissident factions over the control of illegal mining and drug-trafficking routes in the border regions. Venezuelan authorities have also been accused of receiving support from ELN members to fight FARC dissidents in their territory (La Silla Vacia, 30 September 2020).