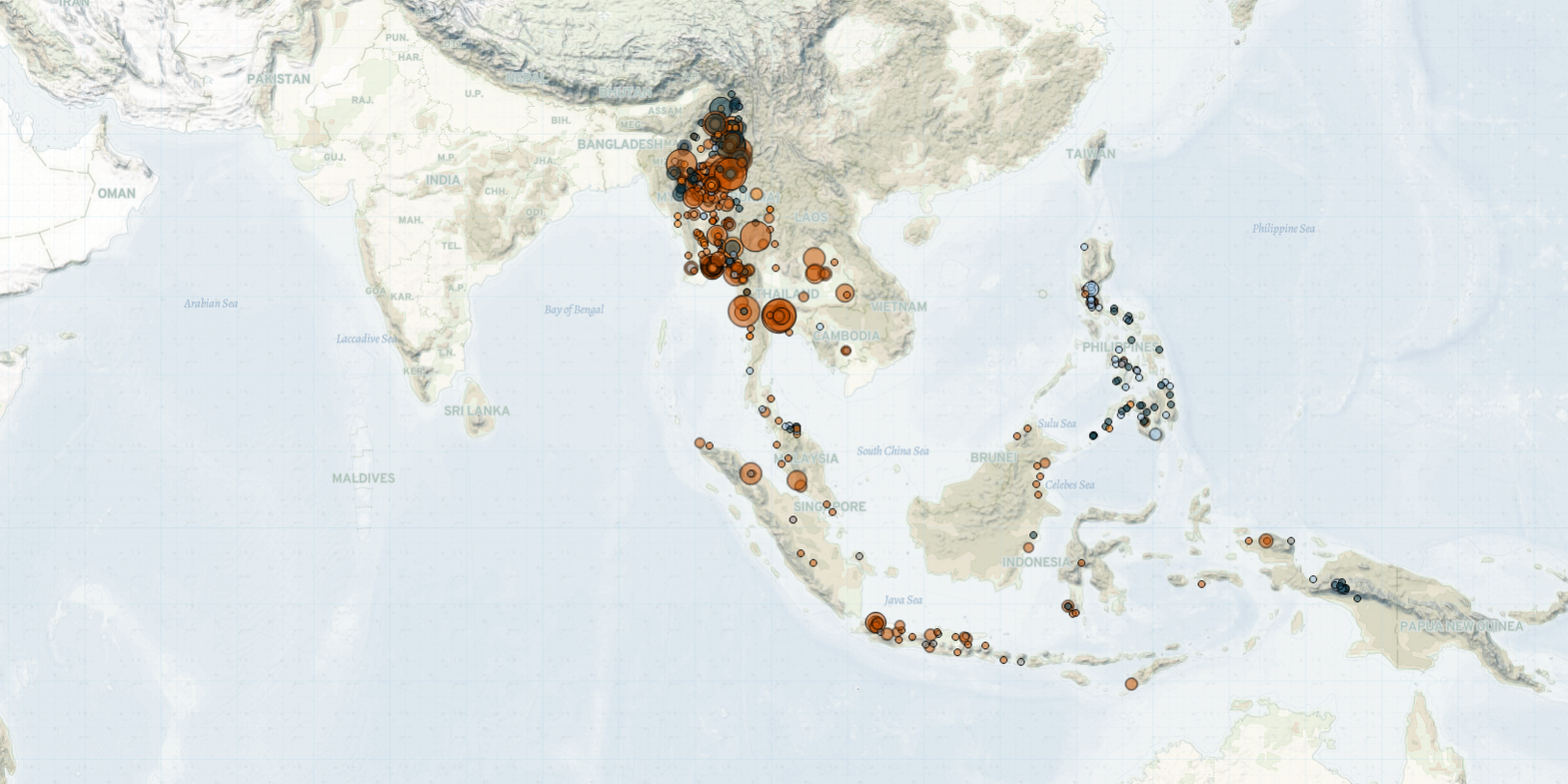 Last week in Southeast Asia, people in Myanmar continued to demonstrate against the military junta, which seized power three months ago. Demonstrators stepped up calls for a boycott of the education system ahead of the reopening of higher education institutions on 5 May. Meanwhile, fighting between the Myanmar military and local resistance groups intensified as the National Unity Government (NUG) announced the formation of the People’s Defense Force in anticipation of forming a federal army. Attacks by unknown assailants on both military appointed officials and National League for Democracy (NLD) members were reported last week. Fighting between ethnic armed organizations (EAOs) and the Myanmar military also continued unabated. In the Philippines, tensions with China over territorial claims in the South China Sea continue to escalate, with Manila filing yet another diplomatic protest to Beijing. In Thailand, anti-government protests decreased as a detained protest leader was released from prison. Lastly, on 1 May, protesters across the region took to the streets to commemorate International Labor Day.

In Myanmar, three months after the military seized power on 1 February, anti-coup demonstrators continue to rally across the country in opposition to military rule. Ahead of the reopening of higher education institutions on 5 May, anti-coup demonstrators intensified their campaign to call for a boycott of the military’s “slave education” system (Frontier Myanmar, 6 May 2021). Students, teachers, and parents have vowed not to take part in the public education system under the junta, regarding it as an attempt by the junta to legitimize its rule over the country. In response, the junta suspended more than 11,000 academics and non-academic staff from their duties for failing to return to work prior to the resumption of classes (Reuters, 11 May 2021).

Targeted attacks against military-appointed administrators were also reported last week, leaving three administrators dead and one injured. These administrators were perceived to be collaborating with the junta to arrest anti-coup protesters and government staff who are on strike in support of the civil disobedience movement (Irrawaddy, 6 May 2021). Separately, in Bago region, an explosion caused by a parcel bomb killed five people, including an NLD lawmaker and three striking police officers (Irrawaddy, 4 May 2021). No one has yet claimed responsibility for any of these attacks.

In Thailand, there was a decrease last week in the number of protest events calling for the release of anti-government protest leaders being detained without bail. This comes as prominent protest leader Panusaya Sithijirawattanakul, who has been on a hunger strike, was released on bail after being detained for about two months (Prachatai, 7 May 2021). Meanwhile, another protest leader who has also been on a hunger strike, Parit Chiwarak, continues to be held by authorities, even as his health continues to deteriorate.

Finally, protests were held across the region in conjunction with International Labor Day, or May Day, on 1 May. In the Philippines, labor groups staged large-scale traditional May Day rallies with hundreds to thousands of participants (Cebu Daily News, 1 May 2021; PNA, 1 May 2021). This year’s turn out is in stark contrast to last year’s, when labor groups mostly stayed off the streets at the onset of the coronavirus pandemic. Several of these protests faced police intervention with reports of protesters being arrested or blocked from demonstrating. Police provided coronavirus-related reasons for the interventions, as strict movement restrictions are currently in place in several cities (CNN, 29 April 2021). Similarly, in Indonesia, police carried out mass arrests as thousands of protesters gathered to commemorate May Day and oppose the Omnibus Law on Job Creation. More than 300 protesters — primarily students — were detained by police during these protests (Tempo, 1 May 2021). In Malaysia, the Socialist Party of Malaysia (PSM) carried out a series of coordinated protests across several states demanding improved labor conditions. These demands were echoed by protesters in Thailand.

Fiona Wong is a Methodology Coordinator at ACLED. She holds an MA in Human Rights and Democratisation, and her past research includes work with public policy think tanks and international human rights organizations. Fiona has also worked with human rights defenders across Asia and the Pacific.
Anders Lee

Anders Lee is the East Asia Assistant Research Manager at ACLED. He holds an MSc in Development Studies and has experience conducting research on development issues in Myanmar. His research interests include international migration and post-conflict state building.
13 May 2021
Share
TweetShare on Twitter Share on FacebookShare on Facebook Share on LinkedInShare on LinkedIn