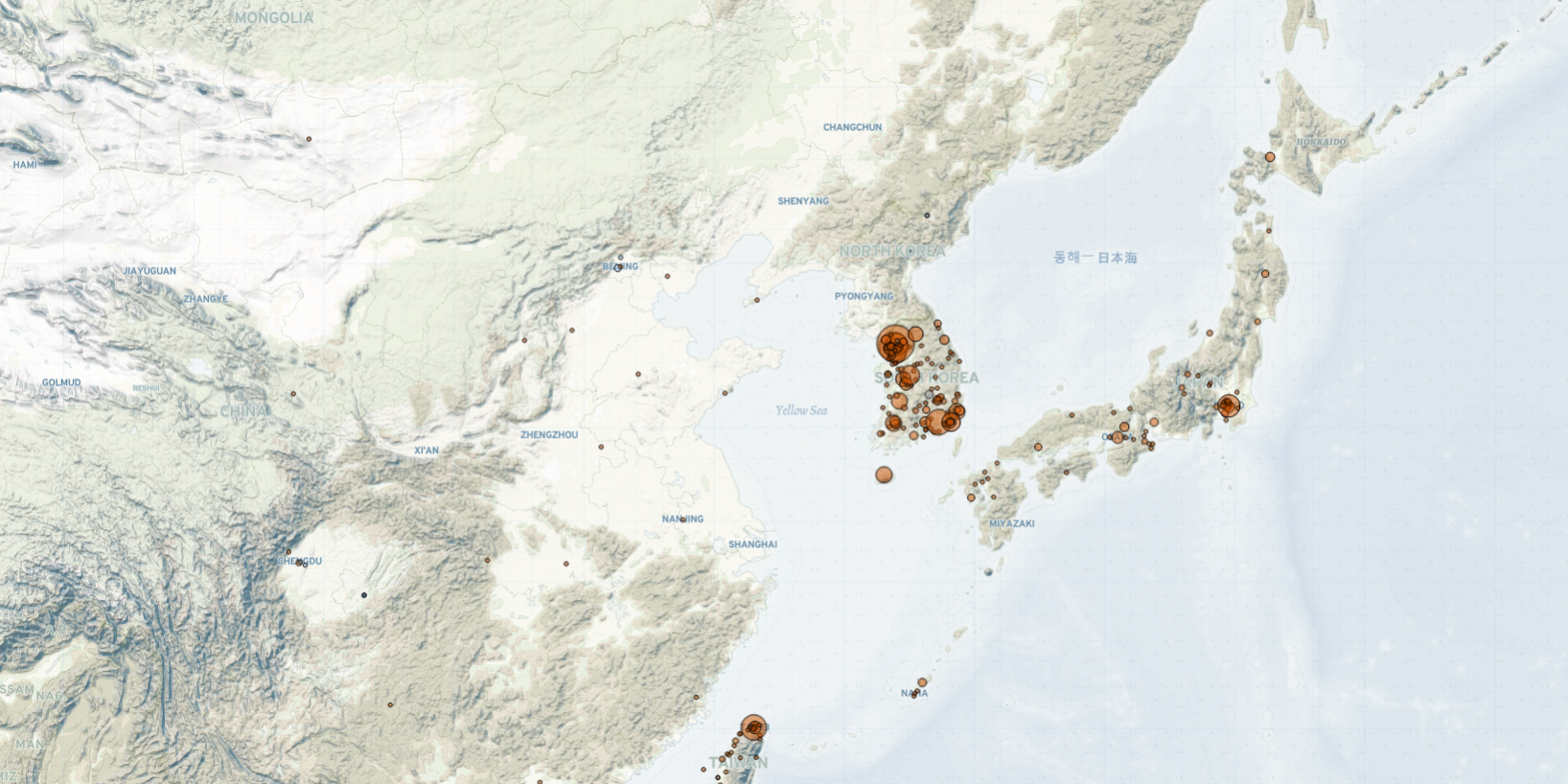 Over the past two weeks in East Asia, demonstrations related to a recently proposed immigration bill and the upcoming Olympics continued to be held in Japan. In Mongolia, five lawmakers from the minority opposition Democratic Party (DP) ended their hunger strike after the ruling Mongolian People’s Party (MPP) agreed to investigate a recent decision taken by the electoral commission. The commission accepted the presidential candidacy of one DP member over another, casting doubts about the integrity of the electoral process. In South Korea, people held protests related to the anniversary of the Gwangju Democratization Movement as well as proposed upgrades to the railway network. Meanwhile, demonstrations in solidarity with the people of Palestine amid the recent Israel-Gaza conflict were held in Japan and South Korea. Lastly, Hong Kong-Taiwan relations continued to deteriorate as the Hong Kong government temporarily suspended operations of the Hong Kong Economic, Trade & Cultural Office (HKETCO).

In Japan, nationwide protests against the upcoming Olympics continued over the past two weeks. The protests come amid a drop in the approval rating for the current government and mounting dissatisfaction with the government’s handling of the coronavirus pandemic (Kyodo News, 16 May 2021). The slow vaccination rate and a rise in the number of COVID-19 infections led authorities to declare a state of emergency in Tokyo and other major prefectures (BBC, 16 May 2021). In spite of a recent poll showing that nearly 60% of Japanese people oppose holding the Tokyo Olympics in July, both the International Olympic Committee and the Japanese government support the move (Kyodo News, 20 May 2021).

Nationwide protests were also held opposing a recently proposed immigration bill. The Japanese government has since withdrawn the controversial immigration bill, which was criticized for allowing authorities to easily deport failed asylum seekers. The bill, which aimed to resolve the long-term detention of immigrants who face deportation orders, was drafted following the death of a Sri Lankan woman in an immigration detention facility on 6 March.

In Mongolia, five DP opposition lawmakers ended their hunger strike after the ruling MPP agreed to establish a joint investigative working group in parliament (News.mn, 11 May 2021). The group will hold an inquiry into any wrongdoings related to the electoral commission’s decision to accept the presidential candidacy of one DP member over another. The MPP decision comes amid increased pressure from citizens who took to the streets to support the DP members’ hunger strike. On 6 May, the electoral commission accepted the candidacy of a DP member who is seen by some as a ‘weaker’ candidate for the upcoming presidential elections, bringing into question the credibility of the electoral system (Mongolia Focus, 6 May 2021).

In South Korea, nationwide rallies were held on 18 May to commemorate the 41st anniversary of the Gwangju Democratization Movement, a pro-democracy uprising in which nearly 200 people were killed by military government troops in 1980. Various groups of protesters took to the streets to demand a thorough investigation into the perpetrators of the crackdown (Yonhap News Agency, 18 May 2021). With one year to go before the presidential election, both progressive and conservative politicians are calling for efforts to uncover the truth behind the massacre and to restore victims’ honor (Chosun Ilbo, 18 May 2021). However, members of the Korean Progressive University Student Union staged rallies to condemn the conservative opposition party People Power Party (PPP), arguing that the party is exploiting the Gwangju Uprising for their own political gain (News1, 21 May 2021). Clashes with police and arrests were reported during demonstrations held in front of the PPP offices.

Also in South Korea, a newly released plan to upgrade the railway network triggered fierce opposition from various groups across the country (Korea JoongAng Daily, 22 April 2021). Gyeonggi and Incheon citizens took to the streets to call for the plan to include a metropolitan express railway extending to Seoul. Another group of protesters from Chungcheong province criticized the plan’s predominant focus on the Seoul metropolitan area (Seoul Shinmun, 8 May 2021; Hankyoreh, 10 May 2021). As the Ministry of Land proceeds with public hearings and consultations with the local governments involved, the development will likely lead to greater attention from the public, which could in turn fuel further protests.

Meanwhile, people in Japan and South Korea took to the streets to demand an end to the recent conflict between Israel and Palestine in Gaza. In Japan, hundreds of people, including Muslim groups, marched in Tokyo to show solidarity with the Palestinian people (NHK, 14 May 2021; TV Asahi, 21 May 2021). Similarly, in Seoul, a total of 160 South Korean civic groups rallied in front of the Israeli Embassy to demand Israel stop their attacks on Palestinians (The Korea Herald, 22 May 2021).

Lastly, in Hong Kong, the Hong Kong government announced the temporary suspension of the HKETCO in Taiwan, signaling further deterioration of Hong Kong-Taiwan relations (Reuters, 18 May 2021). The HKETCO has served as the de facto consulate of Hong Kong in Taiwan since it commenced operations in 2011. In a strongly worded statement, the Hong Kong government cites Taiwan’s “gross interference” in the city’s affairs as the chief reason for the shutdown of the office (HFKP, 21 May 2021). The statement specifically refers to the establishment of the Hong Kong Humanitarian Aid Project, which was implemented through the newly-created Taiwan-Hong Kong Office for Exchanges & Services last June. The services were aimed at providing assistance to Hong Kong residents who have fled to Taiwan out of fear of prosecution (VOA, 24 June 2020). The Hong Kong government alleges that Taiwan is providing assistance to “violent protesters and people who tried to shatter Hong Kong’s prosperity and stability” (news.gov.hk, 21 May 2021).