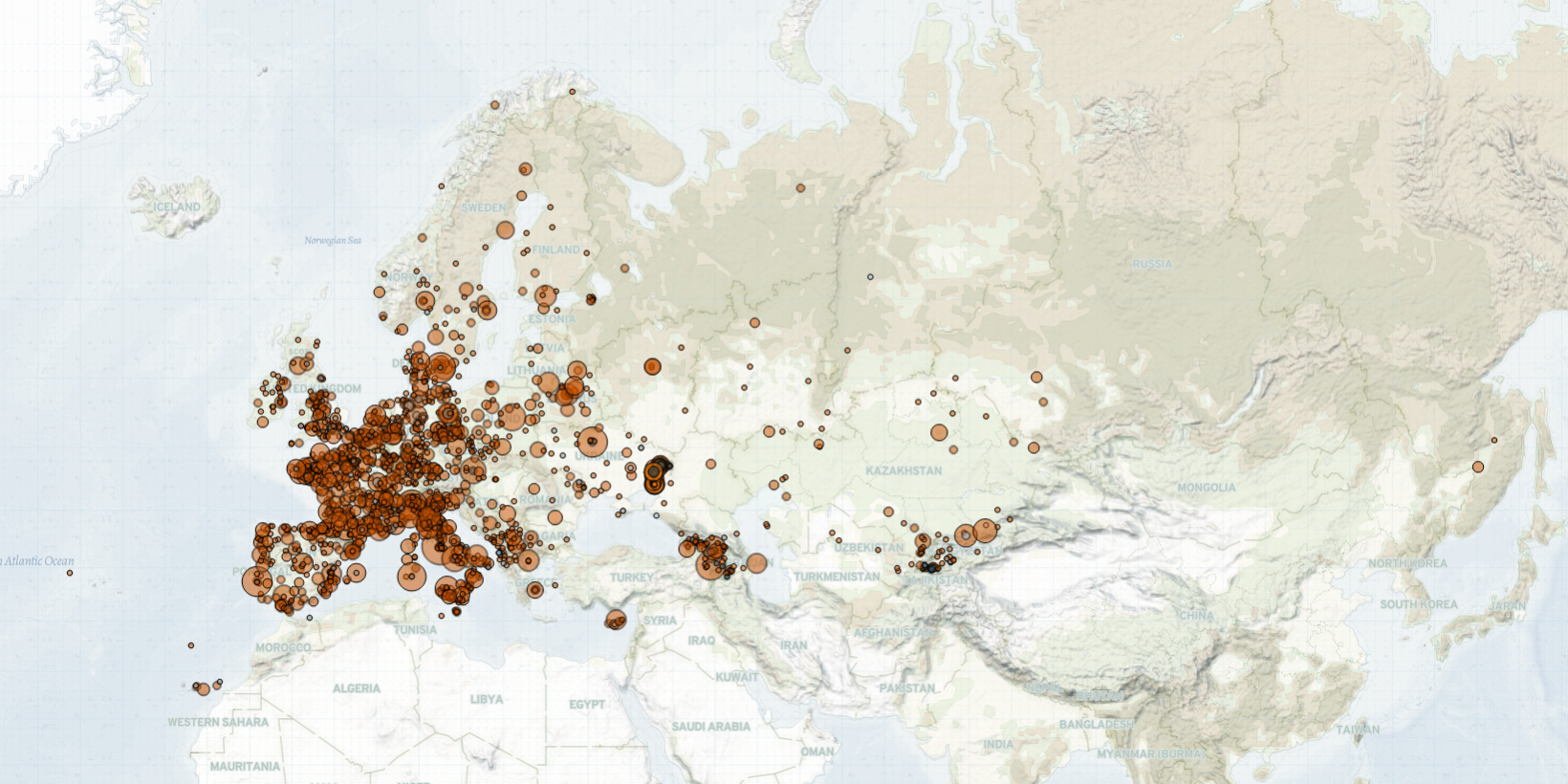 Over the last two weeks, in Europe, Central Asia, and the Caucasus, demonstrations took place across the region around global political issues, including the Israeli-Palestine conflict and the unrest in Colombia. In Belarus and Russia, demonstrations against state repression were held amid a continued government crackdown on activists, opposition, and the independent press. In Italy, a non-discrimination bill incited demonstrations both for and against the bill. Coronavirus-related demonstrations continued, notably in France where a student movement has started against the traditional final-year high school exams.

In Spain, hundreds of Colombians and their supporters protested against the actions of the Colombian police during recent anti-government protests in Colombia, which are against tax reforms and President Ivan Duque Maruqez’s administration. Demonstrations in solidarity with the Colombian people were also held in France, Italy, the Netherlands, and the United Kingdom.

In Belarus, hundreds of people demonstrated in Minsk in support of a group of students who went on trial for alleged “conspiracy, preparation, and organization of and participation in activities that violate social order” (RFE/RL, 14 May 2021). Police arrested at least six demonstrators and a journalist covering the event (TUT.BY, 14 May 2021). On 9 May, the leader of the current regime, Alexander Lukashenko, signed a decree allowing the transfer of presidential powers to the country’s Security Council if he is killed or otherwise unable to perform his duties. The council is made up of Lukashenko loyalists (RFE/RL, 9 May 2021).

Meanwhile, the Belarusian government continued their crackdown on independent media through searches and arrests at the headquarters of TUT.BY, an online news portal, and the studio of the Polish-funded Belsat TV (RFE/RL, 18 May 2021; Nasha Niva, 18 May 2021; RFE/RL, 22 May 2021). On 23 May, the government forced a passenger plane flying from Athens to Vilnius to land in Minsk to arrest journalist and founder of Nexta Telegram channel Roman Protasevich who is wanted in Belarus on “extremism” charges (DW, 24 May 2021).1This event will be added to the ACLED dataset next week as it was reported after the weekly deadline for sourcing and coding events. The incident was referred to by European and US officials as a “hijacking” and an “act of piracy” and is likely to provoke protests in the coming days, as well as increase international pressure on the Lukashenko regime (Reuters, 25 May 2021).

In Russia, the government continues to exert considerable pressure on the opposition and opposition-friendly media, adding VTimes to the list of “foreign agents” (The Moscow Times, 14 May 2021). The bank accounts of Radio Free Europe/Radio Svoboda, a US-funded media organization’s Moscow branch, were also frozen (RFE/RL, 14 May 2021). The government crackdown on the opposition provoked several protests, notably one against a law that would limit educational activities without permits as well as those conducted by “foreign agents” (BBC, 16 May 2021). Other measures that also attracted protests include the ban on people who participate in the activities of “extremist groups” from running for office (Tayga.Info, 19 May 2021).  The Russian government has expanded the definition of which to include the political organization of de facto opposition leader Alexei Navalny.

Dozens of protests occurred across Italy in support of the adoption of the ‘Zan Law,’ which criminalizes violence and hate speech against LGBT people. Several protests were also organized against the bill, with involvement from several right and center-right political parties and organizations. In Milan, on 15 May, tensions rose between both groups at a demonstration. Police intervened to prevent contact, clubbing some pro-bill demonstrators. The Zan Law would provide for measures to prevent and combat discrimination and violence based on a person’s sex, sexual orientation, or gender identity (ANSA, 17 May 2021).

Demonstrations related to the coronavirus pandemic continued in the region. People demonstrated against coronavirus measures in Austria, Bailiwick of Guernsey, Belgium, Czech Republic, Germany, Ireland, Italy, Malta, the Netherlands, Portugal, Poland, Romania, San Marino, Spain, Switzerland, Denmark, Norway, Estonia, Croatia, Serbia, Finland, Georgia, Cyprus, Greece, the United Kingdom, and Ukraine. In Sweden, demonstrations were dispersed by police due to the coronavirus gathering limit. Students across France called on the government to replace the traditional final-year high school exams with a continuous assessment due to the difficult study conditions related to the pandemic.

Along the Armenia-Artsakh-Azerbaijan border, three armed clashes were reported on 20 May, as well as a landmine incident involving a civilian. No fatalities were reported.

In the Donbas region of Ukraine, fighting between Ukrainian government forces and Russian-led forces remained at similar levels compared to the previous week. In the past two weeks, there were 108 armed clashes, 263 shelling incidents, and six fatalities reported. Despite the statement of the Russian minister of defense on the return of troops to places of permanent deployment, Russia continues to keep about 80,000 personnel and a significant amount of weapons and military equipment near various parts of the border with Ukraine (Unian, 19 May 2021).