Regional Overview: Mexico, Central America, and the Caribbean
8-21 May 2021 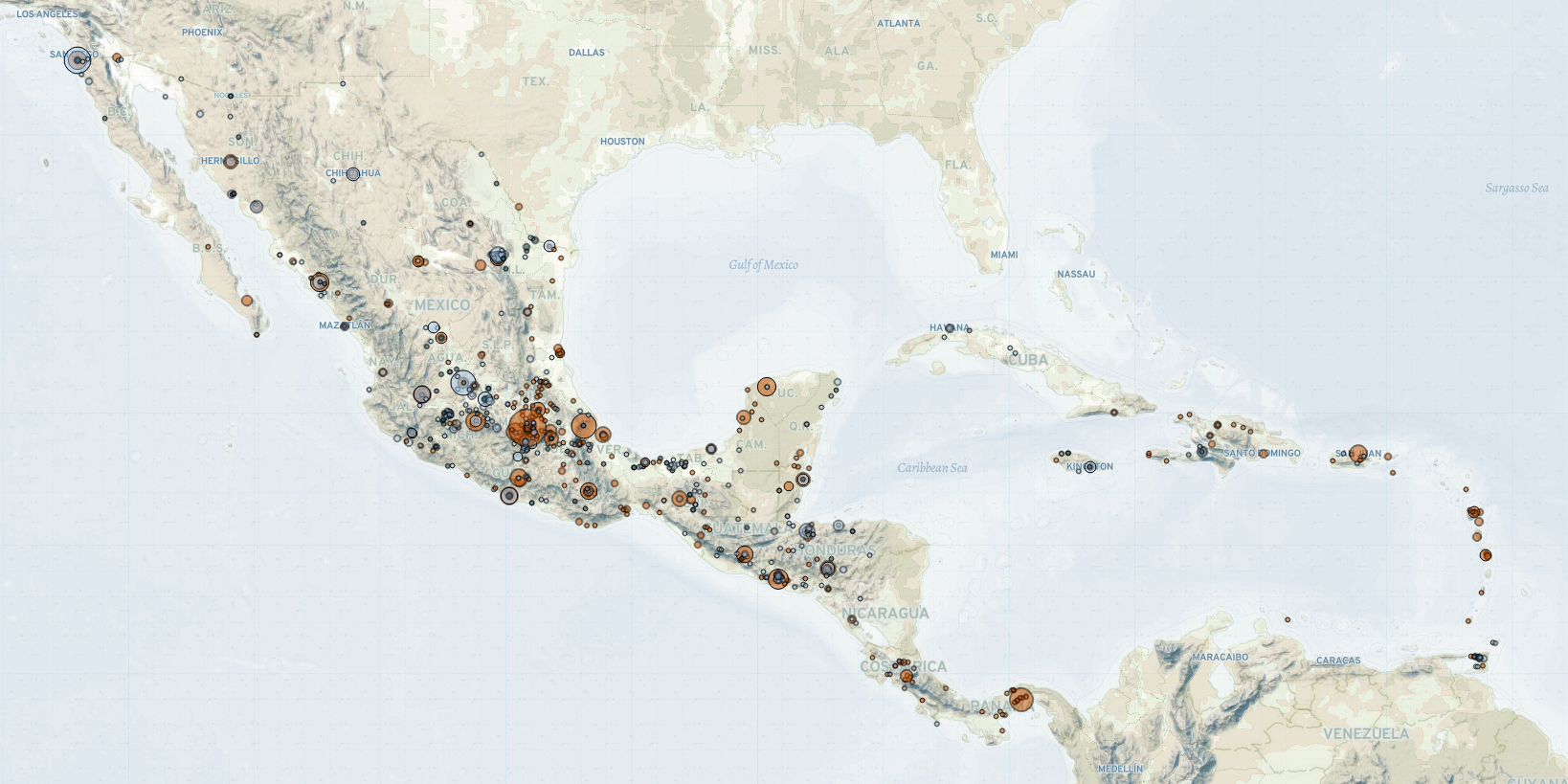 In the last two weeks in Mexico, Central America, and the Caribbean, levels of violence remained high. In Mexico and Haiti, gangs continued to interfere in politics ahead of key elections. In Mexico, the number of violent incidents targeting politicians or members of the government reached unprecedented levels. In Haiti, gangs continue to clash for control of key voting neighborhoods amid unrest in the capital Port-au-Prince as demonstrations were held against a referendum to ratify a new constitution. In Nicaragua, members of the National Coalition took to the streets, calling on the Citizen Alliance to join them in a bid to win the general elections against president Daniel Ortega. Elsewhere, in Costa Rica and Belize, proposed austerity measures by the government to deal with the economic consequences of the coronavirus pandemic sparked unrest.

In Mexico, tensions continue to rise ahead of the local and legislative elections scheduled for 6 June. Violence targeting politicians or members of the government reached unprecedented levels over the past two weeks relative to the rest of 2021. In the last two weeks, ACLED records at least 29 incidents, mainly attacks and kidnappings perpetrated by gangs or unidentified armed men. As witnessed in previous elections, criminal groups increase targeted attacks against politicians and candidates in the months leading up to the elections in order to capture local and state politics. Criminal groups’ intervention in political campaigns and governance is frequent during local elections. Gangs seek to secure control of certain municipalities that are strategic to their criminal activities (BBC, 20 May 2021). Approximately 75% of the politicians killed in the months leading to this year’s elections have been opponents of the governor in the state in which they were running (El Economista, 4 May 2021). This suggests that criminal groups might be prone to keeping the status quo and preserving already established alliances with ruling authorities.

In Haiti, clashes between gangs continued in Port-au-Prince. In the neighborhood of Bel Air, a shootout between rival gangs resulted in four deaths. Similarly, in Cité Soleil, members of the G-9 gang alliance clashed with the Ti Gabriel gang. These two neighborhoods of the capital have been the scene of various masacres and gang warfare between 2020 and the present (RNDDH, 20 May 2021). Victims report that violence is connected to the G-9 gang alliance’s claims over these neighborhoods. The G-9 gang’s aspirations in these districts are thought to be closely connected to political interests. Civil society organizations have denounced the G-9 gang’s adherence to orders from the ruling political elites (Alterpresse, 23 April 2021). They claim that through this alliance, the government seeks to secure votes in these neighborhoods ahead of the constitutional referendum and the next general elections scheduled for June and September (Alterpresse, 23 April 2021).

In Nicaragua, students and members of the National Coalition demand that the Citizen Alliance — a key right-wing opposition coalition — join their political group. The National Coalition is a political opposition movement composed of anti-Ortega leftists. The protest and call to join forces came a day before the official deadline to register political alliances ahead of the presidential elections scheduled for 7 November (Associated Press, 12 May 2021). The Citizen Alliance eventually registered as a political force on its own, contributing to the fragmentation of the opposition (Reuters, 12 May 2021). The opposition was further weakened on 18 May after the Supreme Electoral Council cancelled the registration of the Democratic Restoration Party (PRD). The PRD was a major force in the National Coalition. The move is perceived by members of the opposition to be a government-led attempt to weaken the opposition and to secure a victory in the upcoming elections (France 24, 19 May 2021).

In Costa Rica, the National Rescue Movement (MNR) called for nationwide protests on 10 May against the approval of a USD 1.75 billion loan from the International Monetary Fund (IMF) by the Legislative Assembly. The financial aid package aims to stimulate the Costa Rican economy, which has been affected by the closing of business during the coronavirus pandemic (El Pais, 4 May 2021). The MNR —  a movement that emerged during the coronavirus pandemic from a coalition of labor unions, small businesses, and landowners — coordinated road blocks in at least 13 different municipalities. The demonstrations also centered around a tax raise proposal and the approval of the Public Employment Framework law, a bill that is part of the reform package negotiated with the IMF (Tico Times, 2 March 2021). The bill seeks to establish a salary scale for public workers in a bid to limit increases in public spending in salaries (Tico Times, 18 February 2021). Demonstrators fear the bill will lead to wage freezes in the public sector and the eventual privatization of public services (Al Jazeera, 16 January 2021). In Limon, Alajuela, and Puntarenas, demonstrators threw rocks and Molotov cocktails at law enforcement who tried to remove the roadblocks.

Similarly in Belize, teachers and public service workers continue to demonstrate against a 10% wage cut and increment freeze for workers of the public sector. According to the government, the measure will allow the saving of 20 million USD per year and will contribute to the recovery of the national economy after the coronavirus pandemic (Amandala, 13 March 2021). However, demonstrators accuse the government of corruption (Amandala, 24 April 2021). They have previously demanded increased tax collection from private companies to bail out public finances instead of austerity measures. On 17 May, several demonstrators were arrested by police forces in Benque Viejo el Carmen after setting up a barricade of flaming tires.