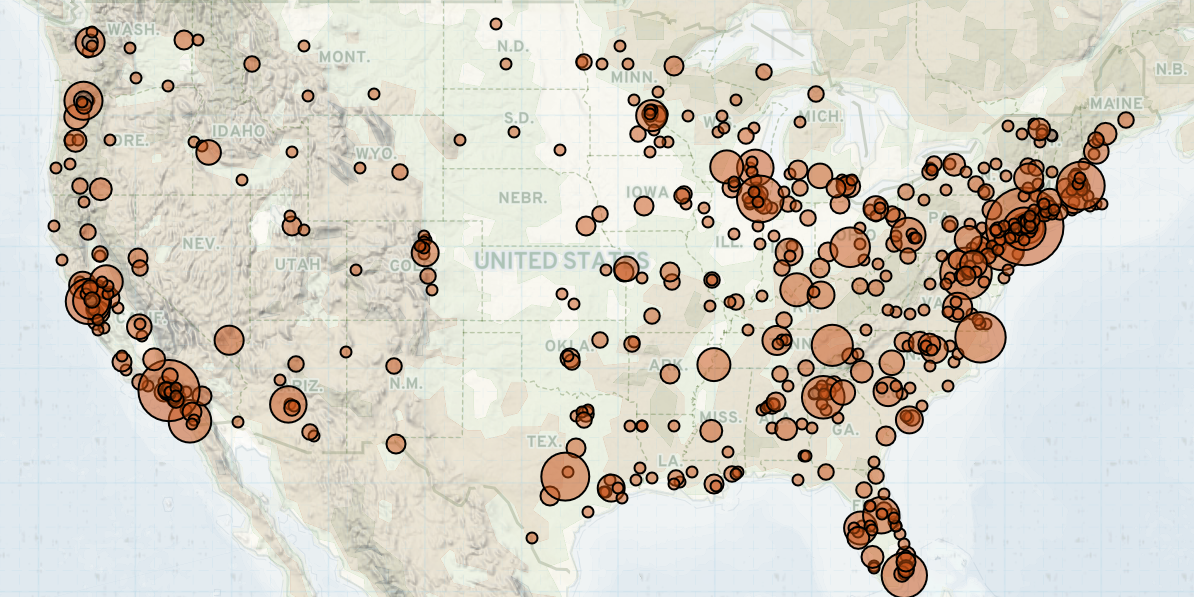 Demonstrations in the United States declined on average by a quarter over the last two weeks compared to the week prior. As tensions escalated in Israel and Palestine, demonstrations over the conflict surged across the country, accounting for nearly 30% of all reported demonstration events. Meanwhile, demonstrations associated with the Black Lives Matter (BLM) movement continued a downward trend, declining by about a quarter on average over the last two weeks relative to the week prior. Demonstrations in support of the Stop Asian Hate movement, which calls for an end to anti-Asian hate crimes, also continued at lower levels than the peak recorded in mid-March. Additionally, a minor surge in demonstrations calling for the minimum wage to be raised to $15 an hour was reported. Traditional militia activity remained depressed during the last two weeks, although some militia groups were present at demonstrations, notably those in support of former President Donald Trump and against restrictions related to the coronavirus.

Though declining in number, demonstrations in support of the BLM movement still account for a significant portion of events in the United States and remain widespread geographically. Demonstrations during the past two-week period were reported in at least 22 states, ranging from small towns in rural areas — such as demonstrations in Woodbine, Georgia and Mead, Colorado — to large metropolitan areas like Houston, Texas and New York, New York (Yahoo!, 19 May 2021; ABC7 Denver, 21 May 2021). However, pro-BLM demonstration trends were largely driven by recurring events in Elizabeth City, North Carolina over the 21 April police killing of Andrew Brown Jr., a Black man (New York Times, 28 April 2021). For more on demonstrations related to the BLM movement, see this new ACLED report.

While reported traditional militia activity remains depressed, militia groups participated in several demonstrations over the past two weeks. The Goyim Defense League, a neo-Nazi group, drove a van through southern Florida to a pro-Israel rally, a Holocaust center, and the LGBT-friendly Pulse nightclub. Members of the group yelled anti-Semitic and homophobic obscenities at Jewish and LGBT people when arriving at these locations, respectively. Alamance County Taking Back Alamance County (ACTBAC), a neo-Confederate group that is often armed, demonstrated in support of the Confederacy in Graham, North Carolina, where demonstrations in support of the Occupy and BLM movements have regularly occurred. The Proud Boys were also active in demonstrations against restrictions related to the coronavirus and in support of former President Trump. The Proud Boys and United American Defense Force participated in 60% of all pro-Trump demonstrations over the past two-week period. For more one the Proud Boys, see this ACLED Actor Profile.