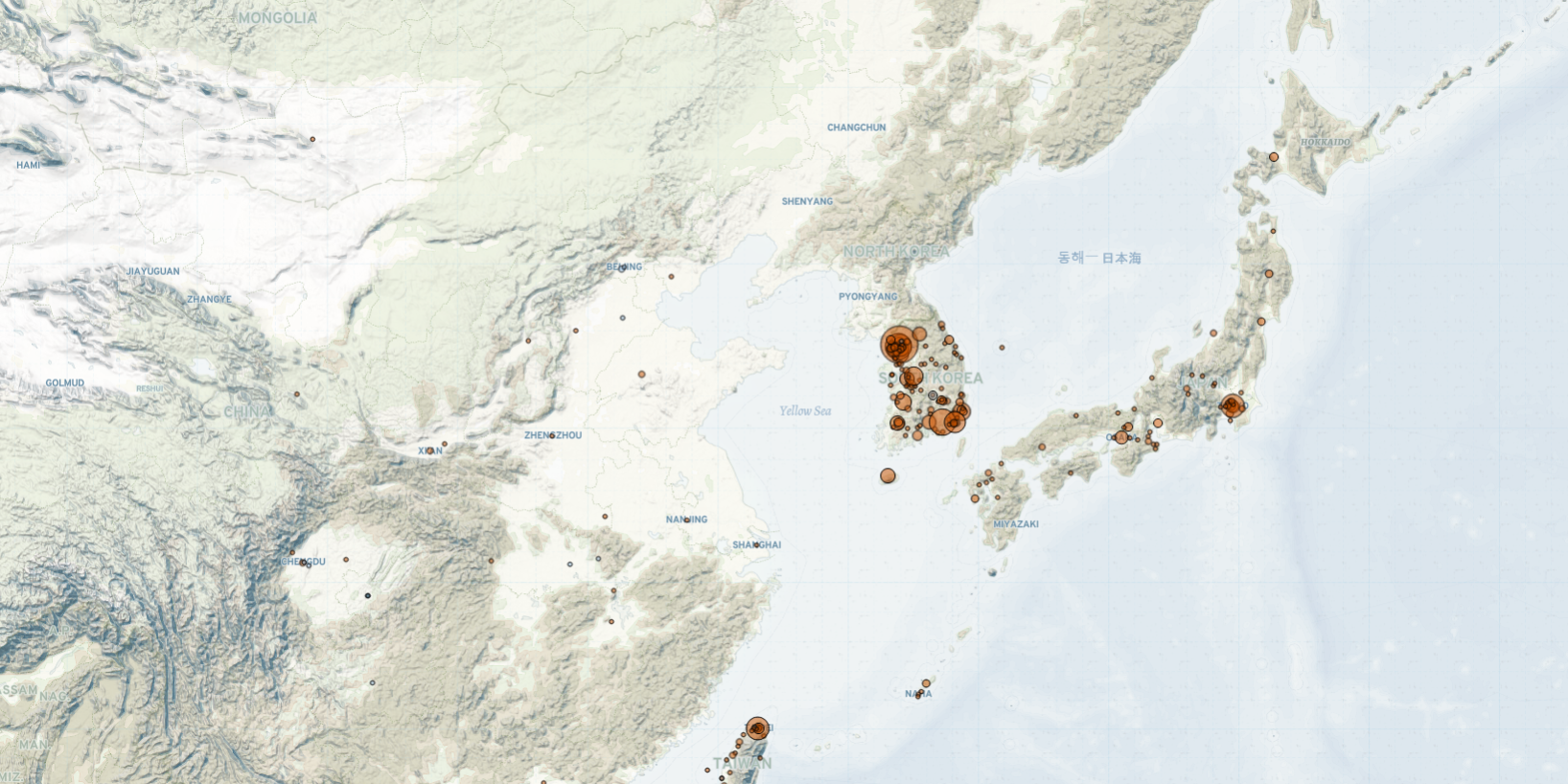 Last week in East Asia, a bill, which would allow the Japanese government to have more control on real estate purchases located near facilities considered important for national security, triggered protests in Japan. In Mongolia, members of a prominent democratic movement held a protest in Ulaanbaatar to demand the Supreme Court stay independent from political influence amid the upcoming presidential elections. In South Korea, protests related to the COVID-19 pandemic, as well as the reform of a state-run company previously involved in a land speculation scandal, were held. Lastly, in Hong Kong, a bill to revamp Hong Kong’s electoral system has been passed with a near-unanimous vote. The electoral reforms will reduce the proportion of directly-elected lawmakers in the Legislative Council and will ensure that the city is administered by “patriots” who uphold national interests and sovereignty and are loyal to the People’s Republic of China (South China Morning Post, 27 May 2021).

In Japan, protests were held last week against a bill which would regulate the buying and selling of land in certain areas deemed important to Japan’s national security. This development comes amid concerns about foreign buyers, especially from China and South Korea, owning land near airports, military bases, nuclear plants, and other critical infrastructure that could be used to the strategic advantage of rival nations (South China Morning Post, 9 December 2020). Protesters, however, argue that the government’s oversight of real estate transactions violates the privacy rights of residents living in those areas. On 28 May, the bill passed through the committee stage in the House of Representatives. The ruling party aims to enact the bill by the end of the current session of the Diet on 16 June (Asahi Shimbun, 28 May 2021).

In Mongolia, the Mongolian Democratic Union (MDU) staged a protest outside of the Supreme Court in Ulaanbaatar, demanding the court remain above the political influence of the ruling Mongolian People’s Party (MPP) (Assa.mn, 25 May 2021). The court is set to rule on a decree submitted by the current president, who is a member of the minority opposition Democratic Party and a former chairman of the MDU, to disband the ruling party. Protesters advocate for the dissolution of all political parties, claiming that they are serving their own interests rather than those of the wider public. The MDU, now a registered NGO, is a movement which led the 1989 Mongolian democratic revolution against communist rule. The MDU will likely be able to mobilize additional support for the current president, which might lead to further demonstrations ahead of the presidential elections scheduled for 9 June.

In South Korea, lawmakers from both ruling and opposition parties held protests, urging the government to support self-employed businesses affected by the coronavirus pandemic (Hankook Ilbo, 25 May 2021; News1, 25 May 2021). The daily number of new coronavirus cases remained high during May (YNA, 28 May 2021). Additionally, only 9% of the population has received at least their first dose of the COVID-19 vaccine as of 28 May (YNA, 28 May 2021). To cope with the rising number of cases and yet limited vaccination, the government has extended its strict social-distancing rules until 13 June (YNA, 28 May 2021). It is expected that the grievances felt by different groups, especially those demanding support for self-employed businesses, will continue to grow amid the extended restrictions, which could potentially lead to further protests.

Also in South Korea, the government announced a reform plan for the state-run Korea Land and Housing Corporation (LH) (The Korea Herald, 21 May 2021). In March, a land speculation scandal involving more than a dozen employees of the LH, who allegedly took advantage of insider information on new development plans, triggered a massive public uproar. It is believed that the LH scandal contributed to the ruling Democratic Party losing two key mayoral posts in the April elections. Since then, civic groups from the greater Seoul area have called for the dissolution of the LH and have urged authorities to establish a new housing authority. In contrast, civic groups, students, and lawmakers from South Gyeongsang province, where the LH is headquartered, have staged a series of protests to oppose the reformation plan. They argue that it would worsen plans for balanced regional development (No Cut News, 26 May 2021). Continuing demonstrations involving the state-run company might lead to the ruling party losing further public support with less than one year until the presidential elections.

Lastly, in Hong Kong, the Hong Kong government passed a landmark bill to overhaul its electoral system, said to be the most significant reform since Britain returned Hong Kong to China in July 1997 (CNA, 28 May 2021). The bill was passed with a near-unanimous vote by 40 pro-establishment lawmakers in the Legislative Council. Nearly all opposition lawmakers were ousted from their seats, or resigned en masse, in November 2020. The Chinese and Hong Kong governments have hailed the passage of the bill as a monumental step to ensure that the city is governed by “patriots” (South China Morning Post, 27 May 2021). According to a senior Chinese official, “patriots” must safeguard national sovereignty and security, uphold the constitutional order of the Special Administrative Region, and be loyal to the People’s Republic of China (Xinhua, 23 February 2021). The new changes will expand the current 70-seat Legislative Council to 90 seats, while the proportion of directly-elected lawmakers will be reduced from half to less than one quarter (CNA, 28 May 2021).