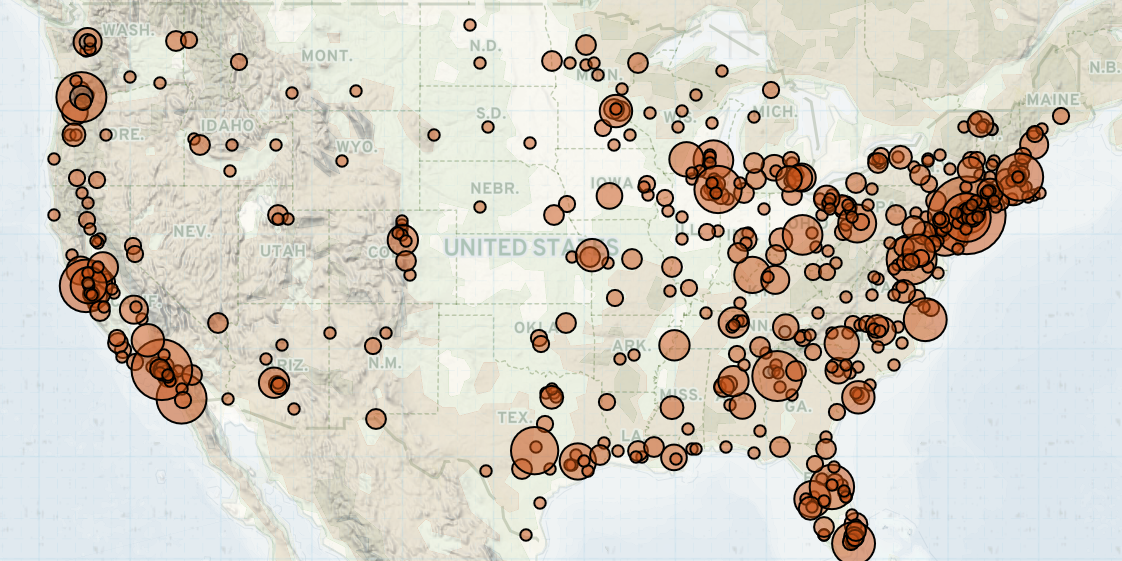 While the number of demonstrations remained relatively consistent last week compared to the week prior, several trends affected the makeup of demonstrations in the United States. Notably, demonstrations associated with the Black Lives Matter (BLM) movement surged across the country, rising nearly fourfold, as 25 May marked the one-year anniversary of the murder of George Floyd (Associated Press, 26 May 2021). Conversely, demonstrations related to the recent unrest in Israel and Palestine declined by more than 40% following a ceasefire on 20 May (Associated Press, 21 May 2021). Demonstrations related to the COVID-19 pandemic also significantly declined last week — by over 50% compared to the week prior. Finally, reported militia activity remains depressed, continuing a trend of significantly lower activity under President Joe Biden than during the final months of former President Donald Trump’s administration.

Demonstrations in support of the BLM movement nearly quadrupled last week relative to the week prior, accounting for more than a third of all demonstration events reported in the United States. Nearly 70% of these events took place on 25 May, the one-year anniversary of the murder of George Floyd, an unarmed Black man killed by Minneapolis police (New York Times, 26 May 2021). Although 98% of demonstration events associated with the BLM movement last week were peaceful, two violent/destructive demonstration events were reported in Portland, Oregon on 25 and 28 May, respectively. Demonstrators clashed with police, set a dumpster on fire, and vandalized businesses (Oregonian 26 May 2021; Oregonian, 29 May 2021). Meanwhile, two intentional car-ramming incidents were reported in Elizabeth City, North Carolina and Brooklyn, New York on 24 and 25 May, respectively. In both cases, individuals aggressively drove vehicles into a group of peaceful protesters, injuring demonstrators (ABC News, 25 May 2021; News 12, 26 May 2021). For more on trends in demonstrations related to the BLM movement, see this new ACLED report.

Demonstrations related to the recent unrest in Israel and Palestine decreased by over 40% last week compared to the week prior following the Gaza ceasefire agreement between Israel and Hamas on 20 May (USA Today, 21 May 2021). Notably, pro-Palestine demonstrations continued to significantly outnumber pro-Israel demonstrations — by a nearly three to one ratio last week. Demonstrations over the unrest were peaceful, though there were reports of isolated cases of violence unrelated to demonstrations. For instance, in Brooklyn, New York, two Jewish teens were assaulted by three people who demanded they chant “free Palestine” and yelled anti-Israel and antisemitic statements (PIX11, 23 May 2021). According to the Anti-Defamation League, reported attacks against the Jewish community have increased by 75% since the onset of unrest in Israel and Palestine, while other sources indicate an increase in anti-Muslim attacks as well (BBC, 30 May 2021; NBC News; 26 May 2021).

While demonstrations against government restrictions designed to curb the spread of the coronavirus decreased last week compared to the week prior, demonstrations against the coronavirus vaccine and so-called vaccine passports and mandates persist. While all such demonstrations were peaceful last week, a woman in Maryville, Tennessee drove her SUV at high speed through a vaccination tent, endangering the lives of about a dozen health workers while yelling, “No vaccine!” (News Channel 9, 26 May 2021).

Reported militia activity last week remained depressed, following a long-term trend dating back to the end of the Trump presidency. The Yavapai County Preparedness Team (YCPT), which recently split off from the Oath Keepers, held a recruitment event in Arizona, during which the group’s leader announced the formation of a new national organization following the YCPT model. The American Contingency continued to conduct training events, holding some in Utah and South Carolina last week. Meanwhile, several demonstrations were reported in which far-right militia groups and militant social movements — including the Nationalist Social Club, Patriot Prayer, the People’s Rights Organization, and the Proud Boys — participated. These demonstrations covered various topics, including property rights and coronavirus restrictions, with a plurality opposing the BLM movement. Additionally, Warriors for Ranchers and conservative media outlets reportedly patrolled along the US-Mexico border near Brackettville, Texas in order to search for a bus of illegal immigrants (The Thinking Conservative, 26 May 2021).