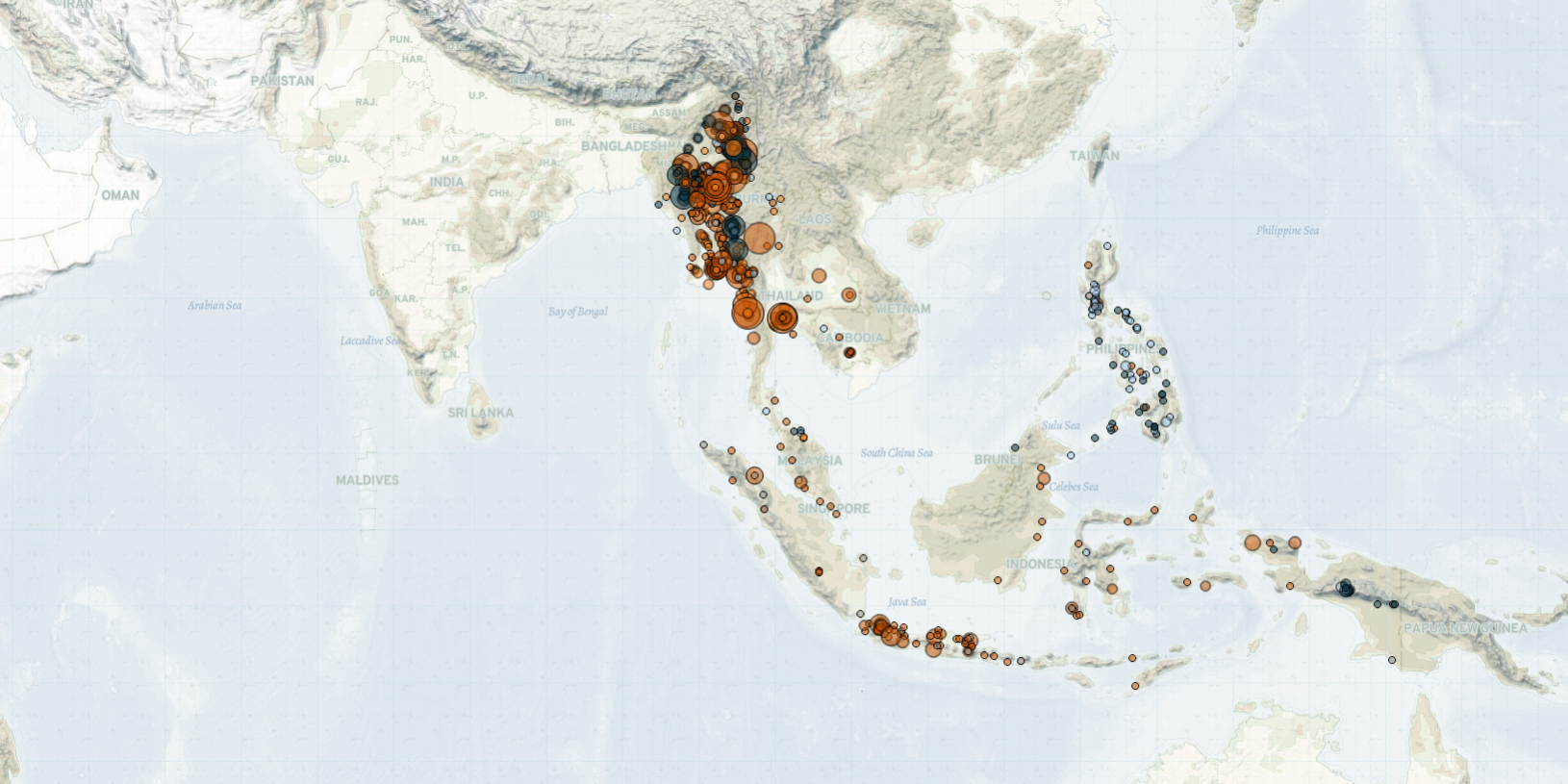 Last week in Southeast Asia, demonstrations against the military junta continued in Myanmar amid a growing trend of low-intensity explosions targeting government buildings and infrastructure across the country. Meanwhile, deadly fighting between the Myanmar military and armed groups in Kachin, Karenni, and Chin states continues unabated. Deaths of civilians caught in the crossfire of these battles have also been increasing. In the Philippines, protests last week focused on the bill to extend the Bangsamoro Transition Authority’s (BTA) term in the Bangsamoro Autonomous Region in Muslim Mindanao (BARMM). Meanwhile, protests in support of the separatist movement in Papua continued in Indonesia, amid reports of an internet blackout in the region. Lastly, demonstration activity remains low in Thailand as the country struggles to contain its latest wave of coronavirus infections.

In Myanmar, demonstrations against the military junta continued across the country. Protests continue to be concentrated in Mandalay, Sagaing, Tanintharyi, and Yangon regions. In Yangon, demonstrators continue to hold small flash-mob style protests as a way to avoid crackdowns by security forces. Additionally, ahead of the reopening of basic education schools next week, demonstrators — including students and teachers — held protests calling for a boycott of the public education system under the junta (Frontier Myanmar, 1 June 2021).

Meanwhile, there is a growing trend of low-intensity explosions using improvised explosives, with such incidents reported in 12 states and regions in Myanmar last week. These explosions have largely occurred at schools, police stations, local administration offices, public infrastructure such as railway lines and bridges, as well as military-linked businesses. While a small number of these events have been claimed by local resistance groups, for the majority of these incidents, it is yet unclear who the perpetrators are.

Separately, clashes between the Myanmar military and ethnic armed organizations (EAOs) were reported in Bago and Sagaing regions, as well as in Kachin, Kayah, Kayin, and Shan states. On 22 May, the Kachin Independence Organization/Kachin Independence Army (KIO/KIA) launched an attack against military outposts located in Hkamti town, a key jade mining area in Sagaing region. This marks an expansion of KIO/KIA operations outside of its traditional territorial boundaries (Straits Times, 22 May 2021). Elsewhere in Kachin state, there were recurrent clashes between the Myanmar military and the KIO/KIA. Notably, the KIO/KIA raided the house of the leader of a military-supported Ja Htu Zup People’s Militia Force, prompting a firefight between both sides that resulted in the deaths of at least three KIO/KIA soldiers.

In the Philippines, protests last week focused on a bill, which is currently being discussed in the Senate, to extend the transition period leading to the full establishment of the BARMM by three years (GMA News, 20 May 2021). Supporters of the bill view the extension as necessary in order for the BTA — the interim government of the BARMM established in 2019 — to complete the transitional programs stipulated in the Bangsamoro Organic Law (BOL) (Philippine News Agency, 27 May 2021). The law was a product of decades-long peace talks between Moro insurgents and the government. The implementation of the transitional programs have been hampered by the coronavirus pandemic. Supporters of the bill also called for the postponement of the very first BARMM elections scheduled for 2022. However, supporters of the Moro National Liberation Front (MNLF), which holds a minority of seats in the BTA, decried the bill as an attempt by the Senate to completely sideline the MNLF in the BTA (Philippine Daily Inquirer, 27 May 2021).

Meanwhile, in Indonesia, Papuans continue to protest to demand the release of Papuan political prisoners and show opposition to the extension of the Special Autonomy Status in West Papua. In Manokwari town, the capital of West Papua province, police arrested 146 people during a protest (Human Rights and Peace for Papua, 26 May 2021). A similar demonstration in Malang city turned violent when nationalist groups clashed with the Papuan demonstrators.

Amid these developments, there have been reports of an internet blackout in Jayapura city and its surrounding areas since the end of April (Jubi, 25 May 2021). The Indonesian government, as well as state-owned telecommunications company Telkom, claims that the disruption has been caused by broken submarine cables (Rest of World, 20 May 2021). However, there is speculation that the blackout has been imposed, as it comes amid escalating tensions between state forces and Papuan separatists (Jubi, 25 May 2021). Journalists say the internet disruptions have made it exceedingly challenging for them to carry out their work in the region (Benar News, 27 May 2021).

Finally, as with previous weeks, demonstration activity continues to remain low in Thailand relative to previous months. Protesters have stayed off the streets in recent weeks due to the ongoing third wave of coronavirus infections in the country. Nonetheless, there has been increasing discontent with the government over its failure to implement an effective vaccination campaign and to contain the coronavirus pandemic (Deutsche Welle, 20 May 2021).