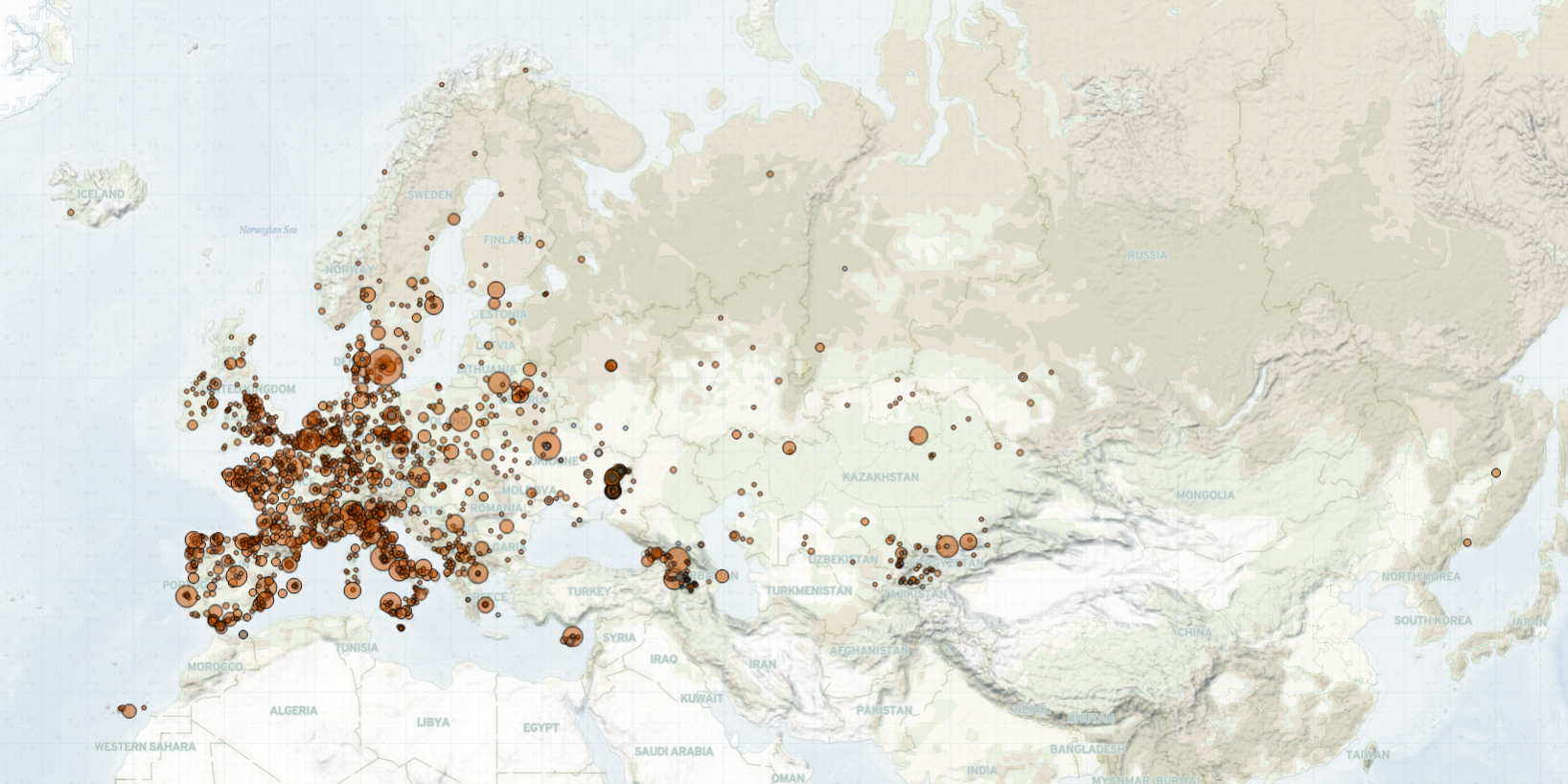 Last week in Europe, Central Asia, and the Caucasus, demonstrations continued in support of Belarusian political prisoners. Parliamentary elections took place in Cyprus, revealing an increase in support for a far-right party. Nationwide protest movements were held in Spain, France, and Italy denouncing the lack of government support for certain social policies. Coronavirus-related demonstrations continued, as did demonstrations around the Israeli-Palestinian conflict. In Kyrgyzstan, demonstrators decried the disappearance of an educator who is feared to have been abducted by Turkey.

In Belarus, demonstrations demanding the release of political prisoners, especially journalist Roman Protasevich, took place in Minsk and other cities. The recent airing of an interview with Protasevich on Belarusian state television, in which he appears to make a confession of guilt, reignited fears of the captive journalist being tortured (DW, 4 June 2021). Similar demonstrations in support of Protasevich and other Belarusian political prisoners took place across the region, including in Denmark, Norway, Sweden, Estonia, Latvia, Lithuania, Poland, Romania, Russia, Ukraine, Georgia, Austria, Belgium, Germany, Italy, Ireland, and the Netherlands.

In parliamentary elections in Cyprus, the far-right party National People’s Front (ELAM) doubled its seats due to general disenchantment with traditional power centers, becoming the fourth biggest party in parliament (AP, 30 May 2021). Newcomer centrist Democratic Front (DIPA) secured representation in parliament, and in doing so has become the sixth biggest party in parliament, despite it being only its first appearance. Traditional parties remained in the lead, but suffered substantial losses following a passport corruption scandal (AFP, 30 May 2021). Separately, the leaders of ethnically-split Cyprus reopened nine crossing points along the United Nations-controlled buffer zone, allowing free movement across the divide. The closings, although a public effort to reduce the spread of the coronavirus, had caused much controversy as peace activists denounced the move as politically motivated (AP, 4 June 2021).

A few nationwide protest movements calling for changes in social policies were held across the region. In Spain, the State Coordinator for the Defense of the Public Pension System (COESPE) called for nationwide protests at 18 recorded locations, demanding a decent public pension scheme. In France, people protested against the French constitutional court’s rejection of certain key parts of the ‘Molac’ law that would limit the law’s intended ability to protect regional languages and their teaching in French territory (RFI, 29 May 2021). Also, for the third time this year, school assistants for students with disabilities protested throughout the country to call for better working conditions, better pay, more training, and recognition of their work (Le Nouvel Observateur, 3 June 2021). In Italy, journalists took to the street on 1 June in at least 15 locations to call on the government to foster investments in the press sector and to guarantee press freedom and information pluralism.

Demonstrations related to the coronavirus pandemic continued across the region last week as well. In Denmark, Lithuania, Slovakia, Greece, Georgia, Belgium, Germany, the Netherlands, Portugal, and Spain, people demonstrated against coronavirus measures. In Cyprus, North Macedonia, and Finland, labor groups demand financial support from the government during the pandemic. In Czech Republic, students complain about the negative impact of the pandemic on their education. In Italy, some groups demand the suspension of patents on coronavirus vaccines in order to produce vaccines for emergent countries, while in the United Kingdom, people demonstrated against the so-called ‘vaccine-passports’.

In Kyrgyzstan, the disappearance of Orhan Inandi, who is a founder of private schools and a university in Kyrgyzstan, sparked protests in Bishkek city, demanding authorities locate the missing educator (RFE/RL, 4 June 2021). The protesters fear Inandi was abducted by Turkish special services due to his alleged links to influential Islamic educator Fethullah Gulen, whom Ankara blames for a failed coup in 2016 (24.kg, 31 May 2021).

Border tensions between Tajikistan and Kyrgyzstan resurfaced last week over disputed land in the Osh region. Tajik troops moved a shipping container up to 1,000 meters into the Kyrgyz territory and have concentrated their armed forces on the Tajik side of the border, according to the Kyrgyz Border Service (Akipress, 4 June 2021). Tajikistan responded by claiming that the territory belongs to them according to the recent ceasefire agreement between the two countries (RFE/RL, 4 June 2021). The apparent disagreement over the status of this territory may reignite violence in the region. The Kyrgyz Ministry of Emergency evacuated Jekendi village residents away from the disputed border with Tajikistan following the movement of Tajik armed forces (RFE/RL, 4 June 2021).

In the Donbas region of Ukraine, fighting between Ukrainian government forces and Russian-led forces decreased by more than half last week compared to the previous week. There were 27 armed clashes, 40 shelling incidents, and no fatalities reported.