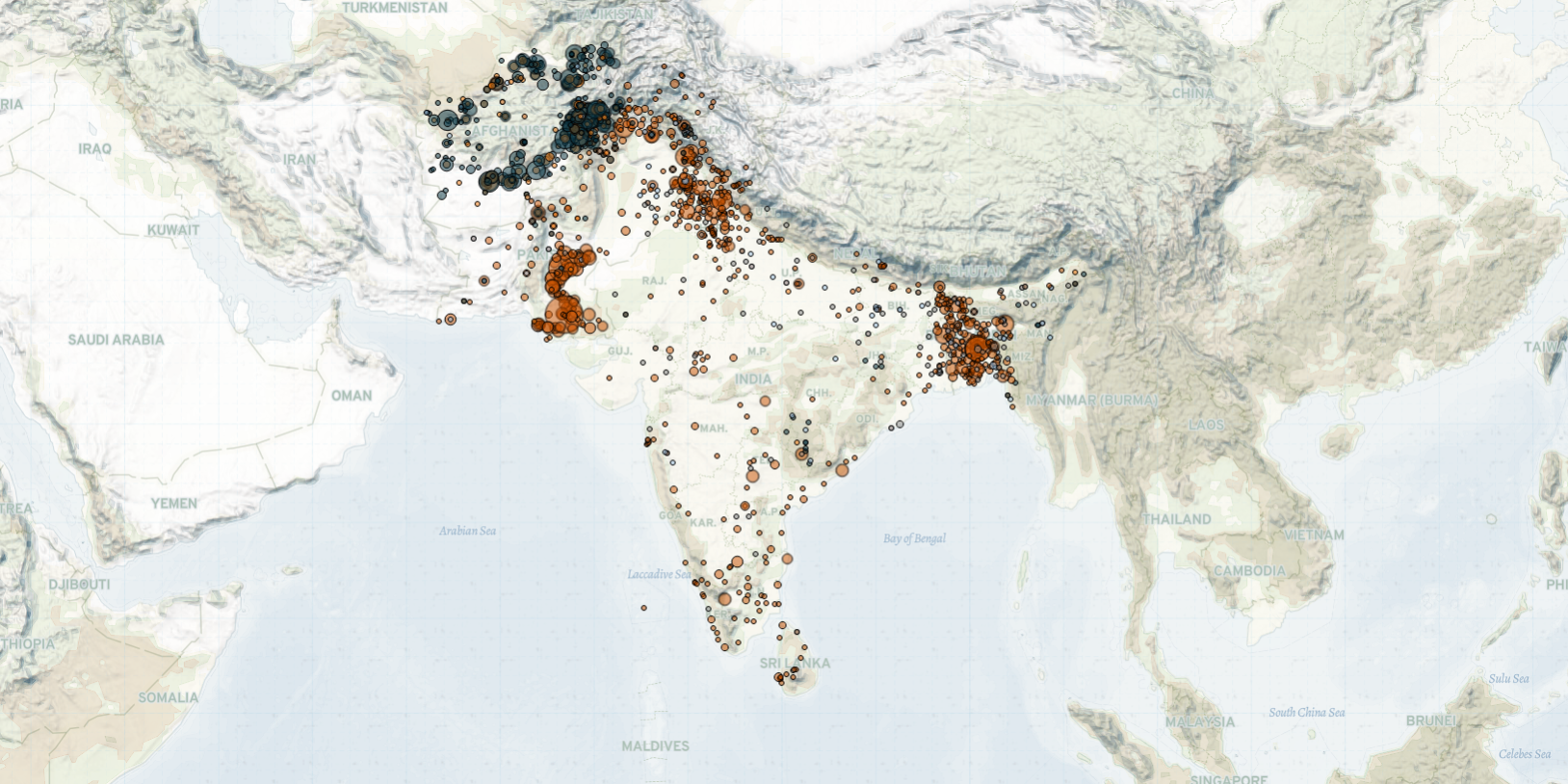 Last week in South Asia, violence levels remained high in Afghanistan as the Taliban and Afghan forces continued to fight across the country. The Islamic State (IS) also carried out several attacks, mainly targeting civilians. Baloch separatist groups targeted Pakistani military and security forces across Balochistan province. Naxal-Maoist militancy is on the rise in India, and Maoists called for a general strike in two Indian states last week. Mob attacks on frontline health workers were reported in India and Nepal amid the coronavirus pandemic. Meanwhile, health workers, students, and other groups affected by the pandemic staged demonstrations across South Asia.

In Afghanistan,1ACLED is currently conducting a review of sourcing and reporting of the conflict in Afghanistan from 2020. Afghan forces and the Taliban continued to battle over territory last week as violence levels remained similar to the week prior. The Taliban continues to launch lethal offensives, capturing areas in the Pachir Waagam and Deh Bala districts of the Nangarhar province last week. In Badakhshan, Wardak, and Daykundi provinces, a number of Afghan security force checkpoints came under Taliban control. In addition, the group besieged the Gizab district of Daykundi province, eventually seizing the district center and police headquarters, as well as many checkpoints in surrounding areas. At least 60 soldiers have been trapped in a residential building in the district since the Taliban capture (Ariana TV, 7 June 2021). Another Taliban siege in the Washir district of southern Helmand province reportedly caused Afghan forces to abandon the center, leaving control to the Taliban. The group also used an explosive-laden car to attack the police headquarters of Baghlan-e Jadeed district in Baghlan province, killing Afghan soldiers, commandos, and policemen. Over 28 people were injured, including civilians. Territorial gains by Afghan forces decreased compared to the previous week, but military operations and airstrikes continue to inflict high fatalities on the Taliban. US forces also conducted two airstrikes in Nangarhar and Helmand last week targeting the Taliban.

Meanwhile, IS conducted seven attacks last week in Kabul, Nangarhar, and Parwan provinces, including some in urban areas like Kabul and Jalalabad. Fatalities include Afghan forces, tribal elders, and Shiite Muslim groups. In Charikar city in Parwan, an IS-planted explosive hit a bus carrying civilians. At least four civilians were killed, including students, teachers, and the dean of a university in the region. IS later announced its intention to have targeted Shiite Muslims in this attack (AP, 30 May 2021). IS attacks have been on the rise since late April and are likely to continue in the coming weeks.

In India, Naxal-Maoist rebels increased their activity across the Red Corridor. Maoists exchanged fire with police teams in at least four locations in Jharkhand and Chhattisgarh states. Security forces killed four rebels during these encounters. Maoists also called for a general shutdown strike on 5 June in the bordering areas of Chhattisgarh and Maharashtra states. According to their press statement, the Maoists denounce the police shooting in Silger area on 17 May, when at least four villagers were killed and almost 300 others were injured during a demonstration against a police camp in the area (The Week, 31 May 2021). Security forces have set up camps as an established strategy to bring more remote areas under their control and to drive Naxal-Maoist rebels out (India Today, 3 June 2021). The camp in Silger is of strategic importance as Maoists have dominated the area and have obstructed the building of roads there since the mid-2000s to prevent state forces from easily accessing their hideouts (India Today, 3 June 2021).

Lastly, violence against healthcare workers and demonstrations about various coronavirus-related issues continue to be reported in the region, with infection rates still running high in South Asia (The Diplomat, 2 June 2021). Medical workers are frequently targeted in South Asia and, in particular, in India, where mob violence is a common way to seek justice (for more on violence against healthcare workers, see this ACLED infographic). Villagers attacked medical workers in Maharashtra and Jharkhand states in India, opposing vaccination drives and awareness campaigns. Elsewhere, a village mob assaulted a community health worker over the lack of vaccines in Odisha state. The shortage of medical staff in rural India, exacerbated by the second wave of the virus, has led to more tensions around hospitalization and treatment, ultimately resulting in increased risk for the safety of health workers (The New York Times, 18 May 2021). A pharmacist promoting safety measures during the pandemic was assaulted in Nepal. In Pakistan, hundreds of students clashed with police and assaulted civilians in Rawalpindi and Islamabad cities while demonstrating against the government’s decision to allow in-person examinations amid the coronavirus pandemic. Health workers staged protests across Sri Lanka, demanding vaccinations and protective equipment.