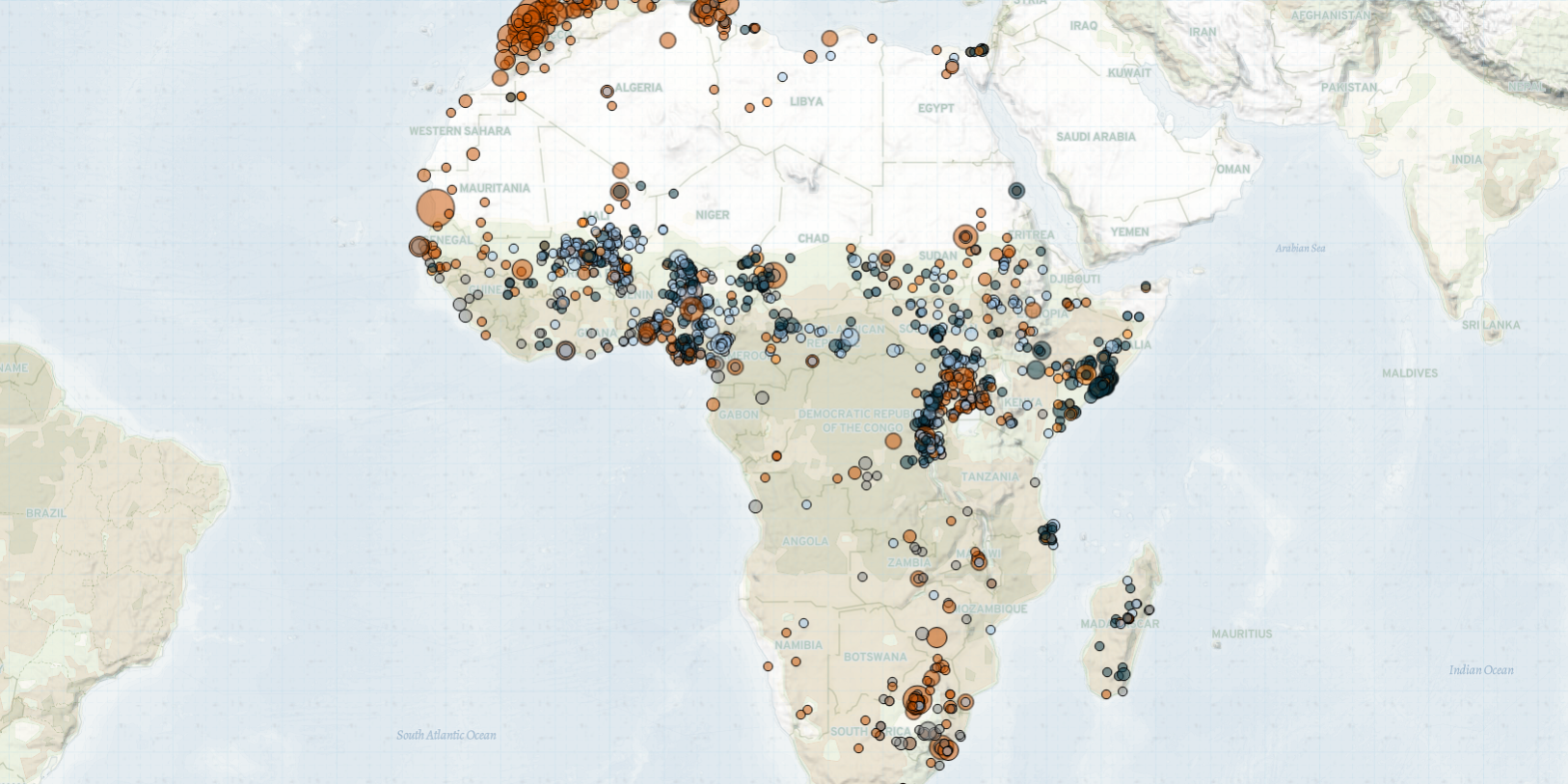 Last week in Africa, the Central African Republic (CAR) government resigned; France announced a new posture towards military operations in the Sahel and CAR; a communal militia carried out mass killings in Nigeria; and an explosion left dozens of Al Shabaab militants dead.

France announced the end of Operation Barkhane in the Sahel region (France 24, 10 June 2021), amidst ongoing French military clashes against suspected Jama’at Nusrat al-Islam wal-Muslimin (JNIM) fighters in the Kidal region of Mali. The operation responded to suspected militant preparations for an attack on the United Nations Multidimensional Integrated Stabilization Mission in Mali (MINUSMA) camp in Aguelhok and resulted in the death of four militants, including an al-Qaeda in the Islamic Maghreb (AQIM) cadre involved in the murder of two French RFI journalists in 2013 (France 24, 11 June 2021). JNIM-affiliated Katiba Macina militants were particularly active in the Mopti Region where they carried out a series of attacks and abductions.

In Burkina Faso, presumed JNIM and Islamic State West Africa Province (ISWAP) Greater Sahara faction militants continued their attacks against civilians in the East and Sahel regions. Meanwhile, Burkinabe forces carried out operations in several regions of the country, including airstrikes in Yagha province in response to the Solhan massacre, and in Loroum province where militants have gained ground. Elsewhere, several JNIM militants were killed in a joint military, gendarmerie, and Volunteer for Defense of Homeland (VDP) operation near Arbinda in the Sahel region.

In Libya, Islamic State (IS) claimed responsibility for a deadly suicide bomb attack against a security checkpoint controlled by Haftar forces near the southern city of Sabha. The attack killed several officers and injured others. This is the first such incident to be claimed by IS in Libya in the past year.

In the CAR, the prime minister and cabinet resigned (Al Jazeera, 10 June 2021) and France broke off aid and military cooperation with the government amid allegations of a disinformation campaign carried out by the national government and its Russian allies against France (Reuters, 9 June 2021). Elsewhere, the Bambari refugee camp in Ouaka prefecture was set on fire by military forces and the government-aligned Wagner Group on suspicion that the Union for Peace in the Central African Republic (UPC) rebels were among the refugees, triggering thousands to flee (Corbeau News, 6 June 2021).

In the Democratic Republic of Congo (DRC), Mayi Mayi Mazembe militia, led by Kabido, raped around 54 women in the Walikale region of North Kivu. Elsewhere in the region, infighting between the Nduma Defence Group-Renewal factions of Guidon and Bwira led to several fatalities. Meanwhile, the Congolese armed forces (FARDC) and United Nations peacekeepers (MONUSCO) clashed against Allied Democratic Forces (ADF) in the Irumu territory of Ituri where ADF militants attacked and killed several civilians and abducted others.

In Somalia, an explosion in a house used as a site to prepare explosives in Qoryooley district of Lower Shabelle region killed around 60 Al Shabaab militants and two civilians. Meanwhile, Al Shabaab fighters continued their attacks on Somali security forces and the African Union Mission in Somalia (AMISOM) troops in central and southern regions, resulting in numerous fatalities.