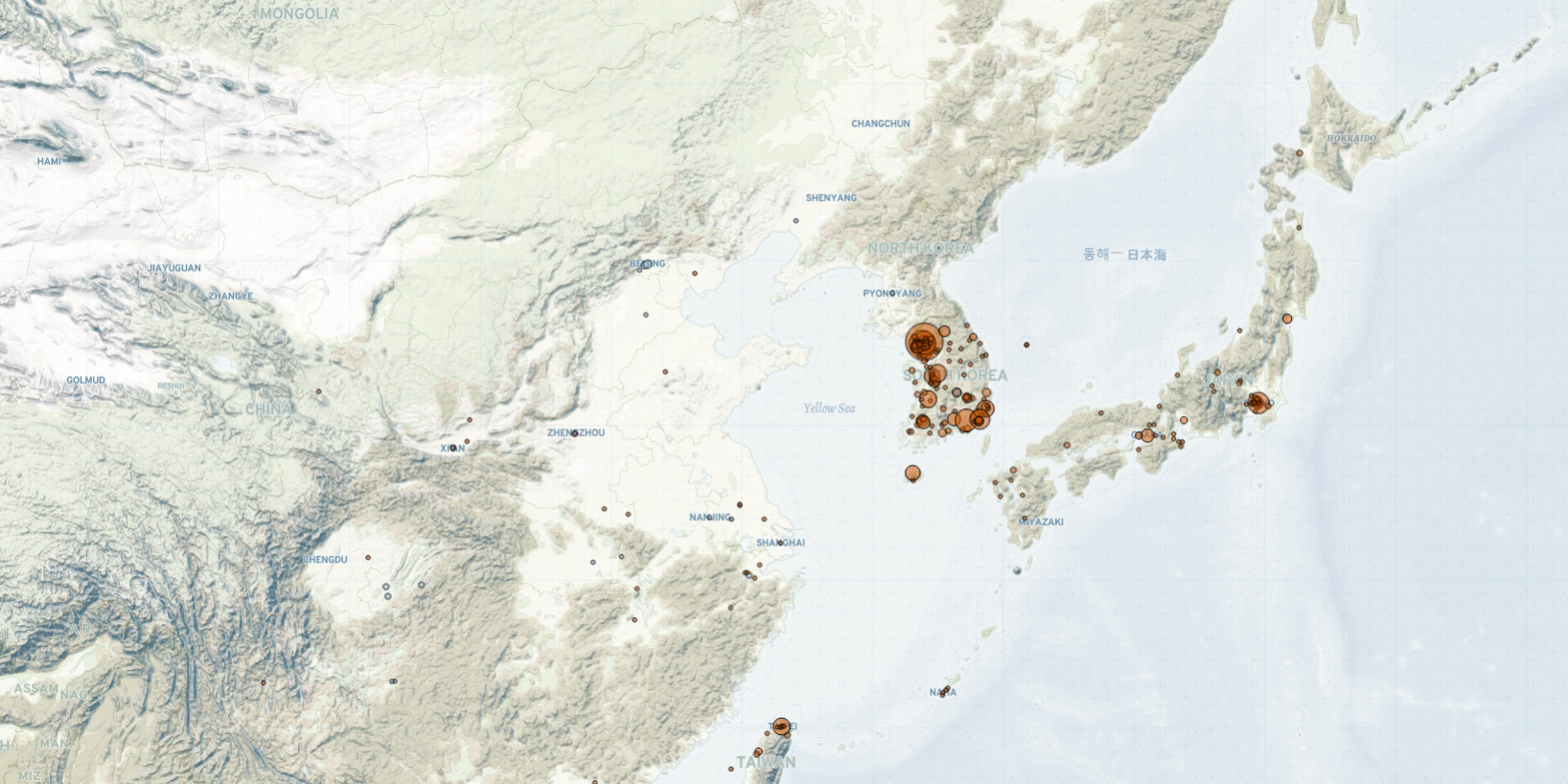 Last week in East Asia, the ruling Mongolian People’s Party (MPP) candidate and former prime minister, Ukhnaa Khurelsukh, won the presidential election, further consolidating the power of the MPP. In Japan, people took to the streets to oppose a bill that facilitates national referendums on constitutional amendments. In China, rare mass demonstrations broke out in two provinces as students and parents voiced opposition to a Ministry of Education plan to merge independent colleges and vocational institutes. Taiwan’s main opposition party, the Kuomintang (KMT), held protests outside the Presidential Office Building in Taipei, criticizing the government’s vaccination plan. In South Korea, delivery workers protested across the country to demand that logistics companies implement an agreement reached to reduce the workload of delivery drivers. Meanwhile, a court’s decision to dismiss a damages suit launched by victims of forced labor during Japan’s colonial rule sparked protests in Seoul and Gwangju.

In Mongolia, former prime minister and chairman of the ruling MPP, Ukhnaa Khurelsukh, won a  landslide victory in the presidential elections held on 9 June, securing nearly 70% of the vote amid a historically low turnout (South China Morning Post, 10 June 2021). Khurelsukh had resigned as prime minister in January amid public outrage over the ill-treatment of a coronavirus patient, though his move was seen as a way to increase his chances in the presidential election (The Diplomat, 27 January 2021). To further ensure their candidate’s victory, the MPP passed a controversial amendment to the Presidential Election Law in April, barring the incumbent president, Khaltmaa Battulga, from running for re-election. Under the amended constitution, the president will serve a single term of six years in office without the possibility of re-election. Following Khurelsukh’s assumption of the presidency, the MPP will now control both the legislative and the executive branches.

In Japan, the Diet enacted a bill last week which aims to facilitate the logistics of voting in a national referendum to change the constitution. The bill enhances voter accessibility, including expanded voting hours, additional voting booths, and offshore voting for those at sea (Japan Times, 11 June 2021). Opposition to the bill focuses on its potential to accelerate other discussions on constitutional change, such as the revision of the war-renunciation Article 9. Protesters held demonstrations in reaction to the passing of the law, claiming the government used the pandemic as a motive to rush the enactment. On the day the bill was passed, approximately 200 people gathered to oppose the revision of the constitution near the National Diet in Tokyo (Kyodo News, 11 June 2021). The ruling Liberal Democratic Party (LDP) is currently considering four constitutional revisions, focusing on the role of the Japan Self Defense Forces, the government’s response to emergency situations, improved representation of low-populated rural areas in the Diet, and expanding education opportunities (Asahi Shimbun, 3 May 2021).

In Taiwan, the KMT held consecutive days of protests last week at the Presidential Office Building and the Centers for Disease Control against the government’s handling of the coronavirus vaccination plan (Liberty Times, 7 June 2021; Taipei Times, 5 June 2021). This comes after a surge in the number of COVID-19 infections since mid-May (Al Jazeera, 9 June 2021). Taiwan has trailed behind other countries in its vaccination program, with only a small percentage of the population having received a first dose (France24, 13 June 2021). The Taiwanese government has been facing challenges in procuring vaccines and blames China for “interfering” in its vaccination program (The Guardian, 27 May 2021).

In South Korea, delivery workers staged a series of nationwide protests, calling for better working conditions to prevent ‘overwork deaths’ caused by increased demand for deliveries during the pandemic. They urge logistics companies to implement an agreement reached in January, under which firms would take responsibility for sorting packages and hiring additional workers to alleviate workloads (YNA, 21 January 2021). The agreement’s stalled implementation also led delivery workers to begin a general strike on 9 June (YNA, 9 June 2021). Around 2,500 unionized delivery workers held a rally in Seoul, claiming that logistic firms have failed to carry out their part of the agreement on improving working conditions (YNA, 9 June 2021). This development may bring additional protests due to the accumulated grievances among the delivery workers amid the ongoing pandemic.

Also in South Korea, the Seoul Central District Court dismissed a lawsuit filed by 85 Korean victims of forced labor and their families against 16 Japanese companies. The victims and their families filed a collective suit in 2015, demanding individual compensation for damages suffered during Japan’s colonial rule. On 7 June, the court rejected the plaintiffs’ claim and ruled that wartime forced laborers cannot claim individual legal rights to damages from Japan (YNA, 7 June 2021). Various civic and labor groups staged a series of protests in Seoul and Gwangju, condemning the judiciary for dismissing the lawsuit (The Korea Times, 8 June 2021). This development may spark further protests in South Korea, as the issue has already been the source of regular protests in recent decades.