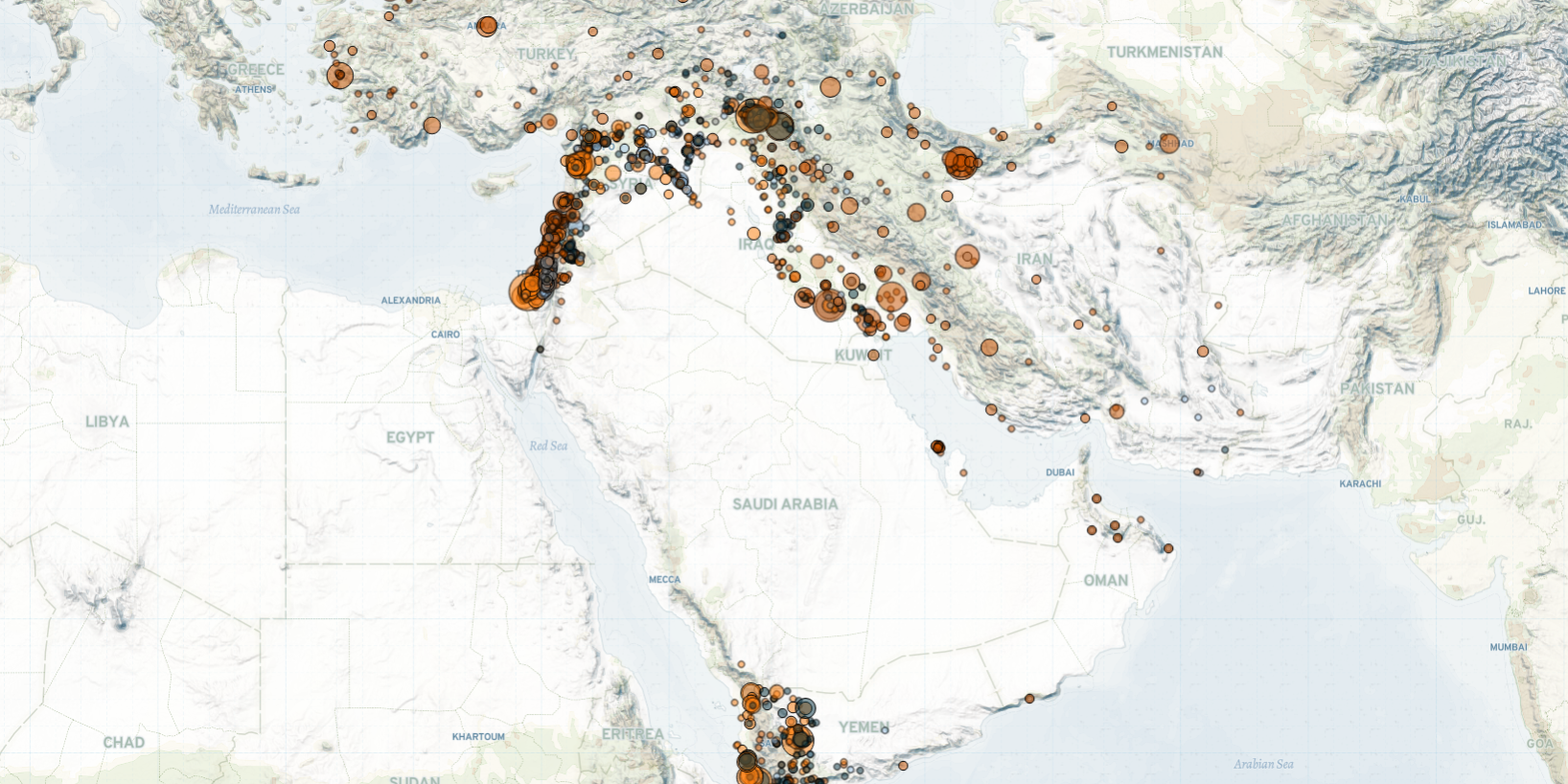 Last week in the Middle East, drone and missile attacks by the Houthis took a heavy toll on civilians in Yemen, while fighting significantly subsided in Yemen’s Marib governorate.  Meanwhile, the Saudi-led coalition carried out a large number of airstrikes in the Sadah governorate. In Syria, four Turkish soldiers were killed in an attack by the Afrin Liberation Army in Aleppo. In Iraq, the Islamic State (IS) carried out an IED attack in Baghdad, killing four civilians. Lastly, demonstrations spiked in Lebanon over deteriorating economic conditions.

In Yemen, the city of Marib was the scene of the two bloodiest attacks targeting civilians in 2021 thus far. Two Houthi attacks on the city — with drones and ballistic missiles — caused a combined death toll of at least 31 civilians, shedding further doubts on the Houthis’ commitment to the ongoing diplomatic efforts to find a peace agreement between the warring parties (Middle East Eye, 10 June 2021). Despite these attacks, political violence saw a drastic drop in the governorate, reaching levels not recorded since the launch of the Houthi offensive in early February 2021.

As a result of political violence events nearly dropping by half in Mariblast week, more events were recorded in Sadah governorate than in Marib for the first time since late January. Saudi-led coalition forces launched a large number of airstrikes on Sadah governorate. The strikes came ahead of an announcement by the Saudi-led coalition that it would halt airstrikes in the country to “[prepare] the political ground for a peace process in Yemen” (Al Jazeera, 10 June 2021).

In Taizz, popular unrest over the corruption of local authorities and rising living costs continues. On 7 June, following an unmet three-day ultimatum for the dismissal of the governor, demonstrators forcefully shut down the governorate headquarters (Mareb Press, 7 June 2021). On 11 June, they announced the start of an indefinite sit-in (Mareb Press, 11 June 2021).

In Iraq, IS militants detonated an IED on 3 June near the Zamzam restaurant in the Bab Al Murad area of Baghdad city. The blast killed four civilians and injured over two dozen others. While the Iraqi government initially stated that the blast was caused by an accidental explosion, security forces later arrested nine individuals in connection with the attack. Iraqi security forces admitted to having misled the public to gain an element of surprise during the arrests (Al Mirbad, 6 June 2021).

Lastly, in Lebanon, at least 50 demonstration events were staged last week over the deteriorating economic conditions, over 30% of which turned violent and/or destructive as demonstrators blocked roads with burning tires and dumpsters. This marks an almost twofold increase in the number of demonstration events compared to the week prior. As the country’s economic crisis continues to deepen, the Lebanese population is increasingly grappling with shortages of medicine and fuel, as well as frequent power outages (Arab News, 6 June 2021). Violent scuffles broke out as people waited for hours to buy rationed fuel, with reports of shots fired into the air at petrol (gas) stations. The cash-strapped Lebanese government has reduced subsidies on fuel, medicine, and food as it runs out of dollars needed for imports (Washington Post, 14 June 2021). In a recent report, the World Bank warns that Lebanon is going through one of the “most severe [economic] crises episodes globally since the mid-nineteenth century”  (World Bank, 1 June 2021).