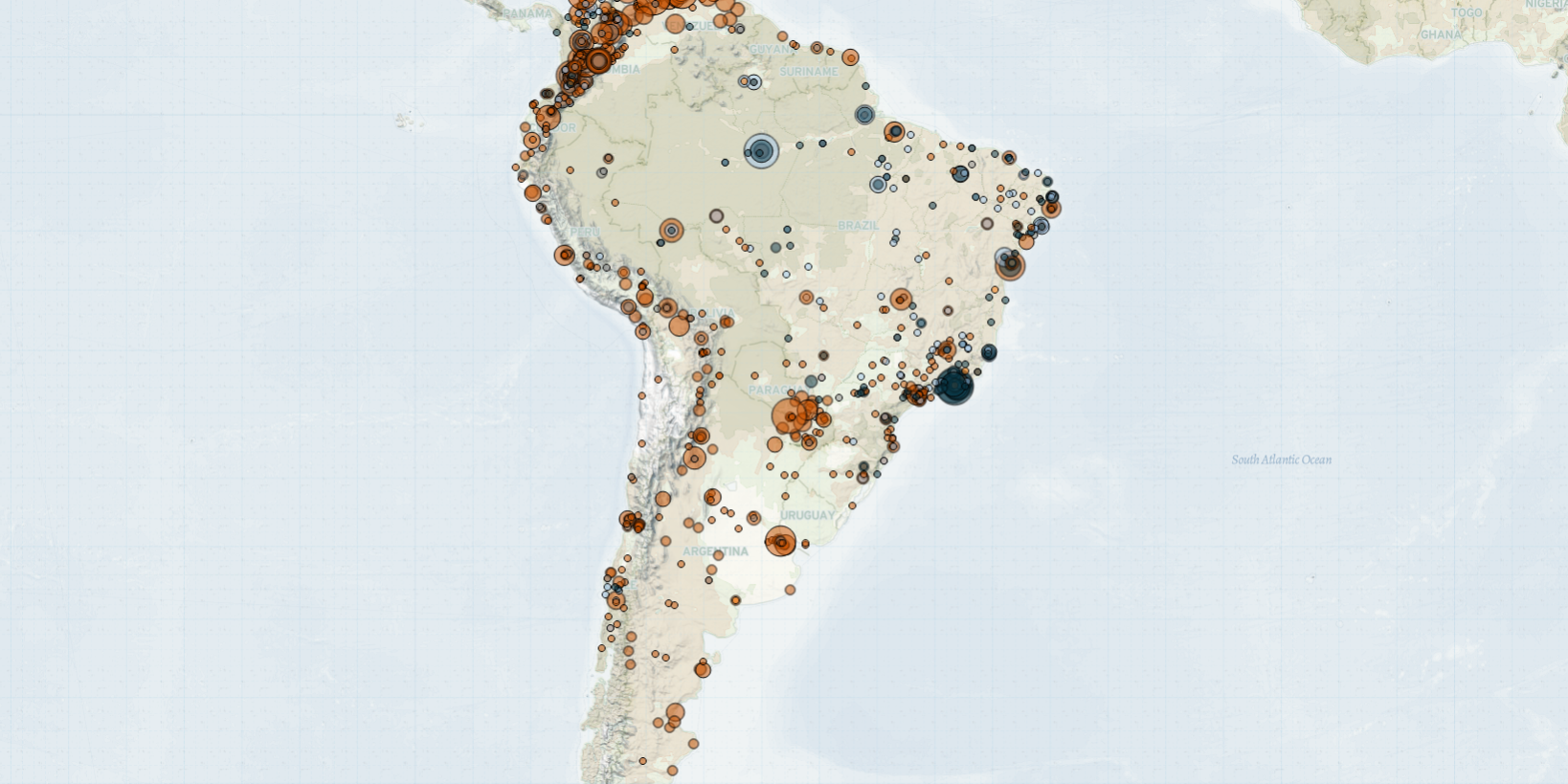 Last week in South America, protests erupted in Peru amid vote counting for the presidential elections, as one candidate raised allegations of fraud and sought to have tens of thousands of votes nullified. In Colombia, nationwide anti-government protests continued to take place for the sixth consecutive week. Likewise, in Venezuela, students took to the streets to condemn the government’s human rights violations and to draw attention to the country’s socio-economic crisis. In Brazil, the city of Manaus shut down amid violent attacks carried out by an armed group. Meanwhile, the killing of a pregnant Black woman by military police in Rio de Janeiro city sparked public outcry across the country.

In Peru, tensions increased amid a contested vote count following the presidential election held on 6 June. The two candidates, left-wing Pedro Castillo and right-wing Keiko Fujimori, were locked in a near tie at the conclusion of counting, with Castillo receiving just over 50% of counted votes (The Guardian, 11 June 2021). Despite a lack of concrete evidence to support her allegations, Fujimori claimed that Castillo’s party, Free Peru, rigged thousands of votes and modified vote counts in his favor (Diario Correo, 11 June 2021). Fujimori’s party seeks to nullify the vote tallies at 802 polling stations, mainly from impoverished rural areas in the Andes and Amazon, where Castillo recorded a comprehensive victory (The New York Times, 10 June 2021). Consequently, supporters of both candidates took to the streets of Lima, with Fujimori supporters backing her accusations of fraud (Diario Correo, 11 June 2021). Meanwhile, voters in favor of Castillo arrived in Lima from rural areas to protest against Fujimori’s allegations and her attempt to nullify the votes (Al Jazeera, 14 June 2021).

In Colombia, nationwide anti-government demonstrations continued for the sixth consecutive week. The Inter-American Commission on Human Rights sent a special commission to the country to investigate reports of police violence and the excessive use of force by the state (Amnesty International, 7 June 2021). Information on the number of deaths related to the National Strike varies significantly – while the government officially recognizes 21 deaths (El País, 7 June 2021), independent non-governmental organizations estimate up to 76 deaths (INDEPAZ, 10 June 2021). The government has announced that it will further investigate cases in which state security forces are involved (DW, 12 June 2021). Since the beginning of the National Strike on 28 April, the country has faced a internal mass displacement of civilians, with over 8,900 people forced out of their homes due to the spike in violence, including clashes between armed groups (El Tiempo, 6 June 2021). The National Strike demonstrations were initially triggered by a tax reform proposal in mid-April opposed by many working- and middle-class citizens. The wave of protests led to the resignation of Finance Minister Alberto Carrasquilla and the withdrawal of the proposal on 3 May (Reuters, 4 May 2021). Nevertheless, thousands of people continue to protest, expressing their discontent with policies on health, education, and social equality (France 24, 4 May 2021).

In Venezuela, students took to the street as part of the nationwide “Route through Venezuela” (Ruta por Venezuela, #RutaXVzla) march to decry the country’s ongoing socio-economic crisis and widespread human rights violations committed by President Nicolás Maduro’s regime (El Impulso, 5 June 2021). The country faces a humanitarian emergency as millions of citizens cannot access healthcare and nutrition, with limited access to clean water in both homes and healthcare centers, facilitating the spread of COVID-19. A fact-finding mission appointed by the United Nations found Maduro’s government and its security forces responsible for extrajudicial killings, torture, forced disappearances, unlawful imprisonment of opponents, and excessive use of force against protesters (Human Rights Watch, World Report 2021).

Finally, in Brazil, the Red Command besieged the city of Manaus in Amazonas state after military police killed one of its leaders in a clash. The group carried out dozens of attacks throughout the city, throwing petrol bombs at banks, government buildings, public buses, and private vehicles. In light of the escalation of violence, the government ordered schools, public transportation, and commercial establishments to be shut down. The state’s secretary of public security disclosed that the attacks were ordered from within prisons (InSight Crime, 9 June 2021).

Meanwhile, the killing of a Black pregnant woman by military police in the north zone of the city of Rio de Janeiro sparked public outcry across the country. Residents held protests and blocked traffic, calling for justice, urging for peace, and demanding a stop to police violence against Black people. Rio de Janeiro has seen a dramatic upsurge in deadly police incursions in the past year despite a supreme court order to halt such operations during the coronavirus pandemic (Folha de S. Paulo, 20 May 2021).