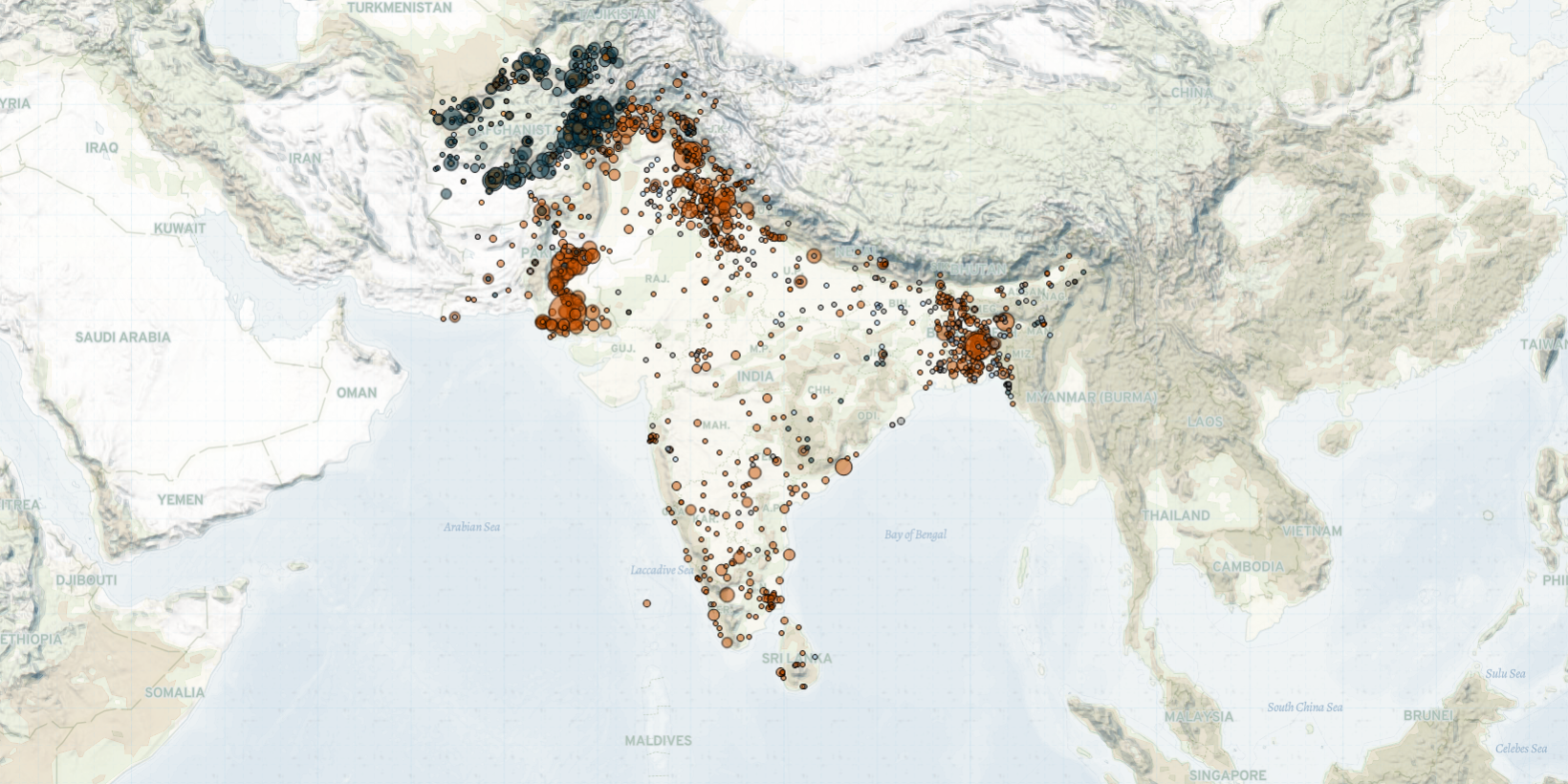 In Afghanistan,1 ACLED is currently conducting a review of sourcing and reporting of the conflict in Afghanistan from 2020. fighting between Afghan forces and the Taliban continued in at least 30 of the country’s 34 provinces. The Taliban ramped up its territorial gains despite extensive Afghan force operations and airstrikes. Last week, the Taliban captured over 10 districts across seven provinces, pointing to the wide reach of the group. Afghan lawmakers have criticized the military’s strategy, as Afghan forces state that they made “tactical retreats” to avoid civilian and military losses (TOLO News, 8 June 2021). In Faryab, Nuristan and Daykundi provinces, many soldiers surrendered to the Taliban during clashes, while in Kunduz and Badghis province, dozens of Afghan security forces defected to the Taliban. The group also used suicide bombers to attack Afghan forces in Balkh and near Pul-e Khumri city in Baghlan province, ramming an explosive-laden vehicle into a military base. One of the Taliban’s deadliest attacks of 2021 also took place last week, in the Qaisar district of Faryab province. At least 28 policemen, soldiers, and pro-government militia members were killed as the Taliban attacked the district police headquarters with IEDs followed by clashes, as part of its offensive to take control of the district. Meanwhile, the Islamic State (IS) continues to target civilians, killing 10 deminers working for British NGO HALO Trust in Nahreen district of Baghlan province. Although the government blamed the Taliban at first, the Chief Executive of the NGO said the Taliban helped end the attack without further details about the group’s role (DW, 9 June 2021).

In a separate development, a North Atlantic Treaty Organization (NATO) summit is taking place this week, during which the counterterrorism and surveillance activities of NATO and the US in Afghanistan are expected to be outlined (Politico, 13 June 2021). Many experts attribute the increase in violence in the country since early May to the withdrawal of foreign forces from the country, calling for a security assistance plan for the post-withdrawal period (NPR, 5 June 2021; New York Times, 13 June 2021). In addition, a Taliban spokesman discussed the future of the war in the country in an interview published last week, stating that the group is still committed to the peace talks until the creation of an “Islamic government” can be reached (Foreign Policy, 8 June 2021).

In Pakistan, clashes between Baloch separatist groups and security forces continue in Balochistan province amid intensified military operations. Counter Terrorism Department forces killed two Baloch separatists in Khuzdar district, while two other militants were killed in an intelligence-based operation in Kharan district. Military troops were also deployed in the Kachhi (Bolan) district to conduct a large-scale operation, after a Baloch armed group attacked a military base the week prior. The military also set up a new base camp near Buzgar mountain range (The Balochistan Post, 5 June 2021). Baloch Liberation Army (BLA) militants targeted and killed two soldiers in Kachhi district, most likely as a response to the ongoing operation.

Meanwhile, Baloch rights activists and students staged a demonstration in Quetta city on 8 June, observed as “Baloch Missing Persons Day”, demanding the government and security forces release their loved ones (The Balochistan Post, 9 June 2021). Military forces allegedly abducted two Baloch students, who were returning from the protest march. Enforced disappearances of Baloch civilians during military operations have been brought to attention by international organizations, including Human Rights Watch and the United Nations (Al Jazeera, 9 March 2021). This extrajudicial practice has been criticized as a mechanism of repressing Baloch dissent and their demands for equal rights (Al Jazeera, 9 March 2021).

Elsewhere in Pakistan, the Pashtun nationalist Awami National Party (ANP) staged demonstrations across Khyber Pakhtunkhwa (KP) province, accusing the Pakistani government of targeted killings and enforced disappearances in the merged tribal regions. They criticized authorities for failing to resolve targeted killing cases and to recover missing Pashtun civilians (Dawn, 11 June 2021). In recent years, Pashtuns have allegedly been targeted by security forces in response to attacks by the Pakistani Taliban, who are predominantly Pashtuns, and other militant groups operating close to the border with Afghanistan (Asian News International, 22 March 2021; Council of Foreign Relations, 15 March 2021). Last week, the government introduced a bill in parliament to criminalize enforced disappearances and to mandate a 10-year imprisonment sentence for those found guilty (India Blooms, 9 June 2021).