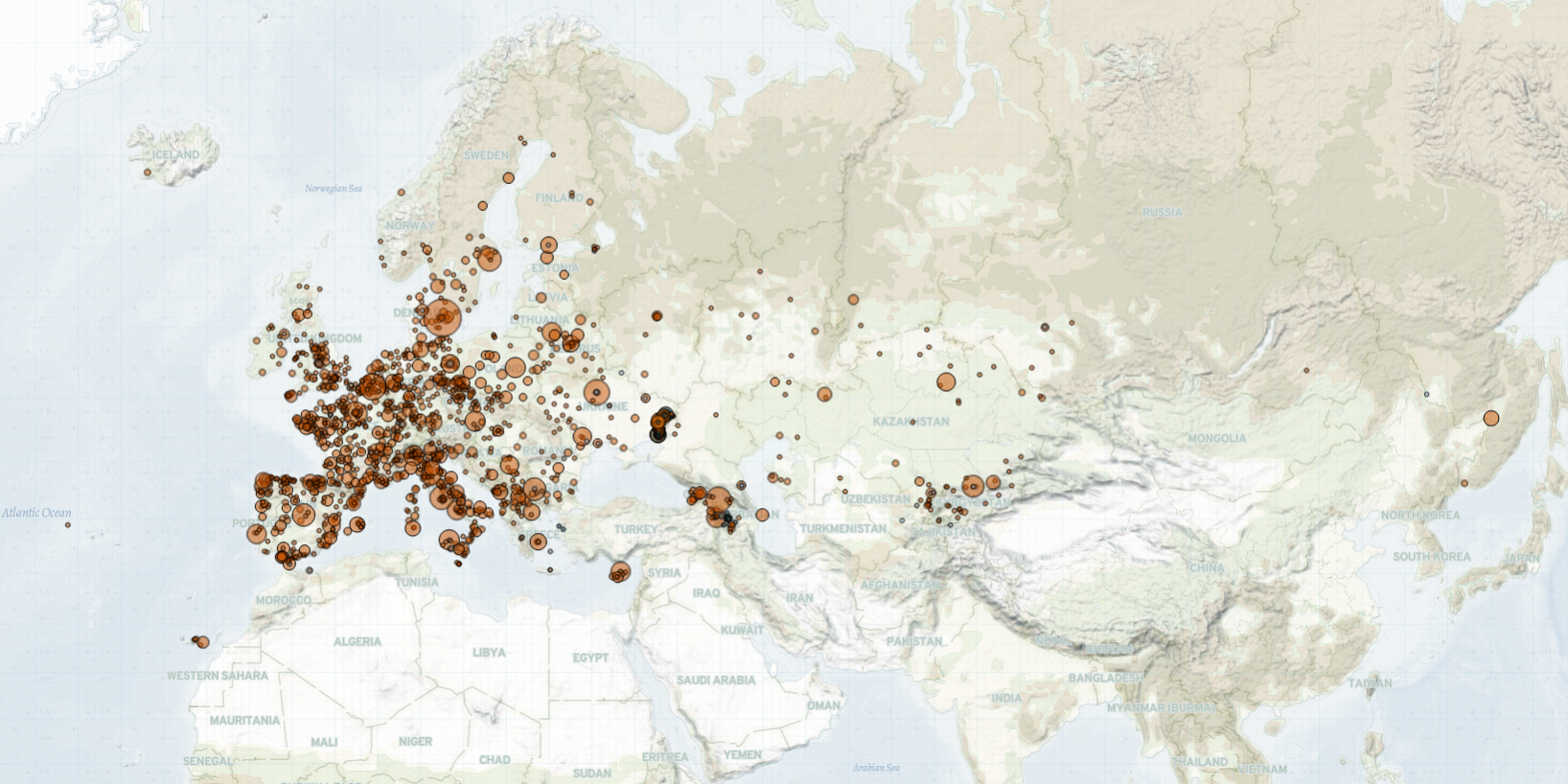 Labor demonstrations calling for salary increases and better working conditions occurred in Belgium, Portugal, France, and Germany. Meanwhile, in Italy, labor protests were met with community violence resulting in serious injury and death. Three Pakistani textile workers were hospitalized after being assaulted while picketing their former employer, Texprint, a Chinese-owned company, in Prato. The men, who had been staging a picket for four months against exploitation in the factory, were physically assaulted and injured by about 15 Chinese Texprint workers armed with clubs and bricks (Corriere Fiorentino, 16 June 2021). Separately, a truck driver drove through a Sindacato Intercategoriale COBAS (a trade union) demonstration obstructing the entrance to a Lidl logistics center at Biandrate in Novara province. This resulted in the death of a trade unionist and the mild injury of two others. The truck driver was employed by a third party supplier of goods who, after an argument with the demonstrators, insisted on going through the gate. Many demonstrations of solidarity and in condemnation of the death took place across the country on the same and following days.

Demonstrations in support of LGBT rights also took place across the region. In Hungary, tens of thousands of people, led by human rights groups, rallied in Budapest on 14 and 16 June (24.hu,14 June 2021; Telex.hu, 16 June 2021). They condemned the adoption of a law banning LGBT-themed educational programmes, products, and advertising seen by those under 18. Human rights groups say the law conflates homosexuality and transgender identities with pedophilia and child abuse, provokes hatred against the LGBT community, and makes scientific dialogue and LGBT outreach work impossible (Hungarian Helsinki Committee, 18 June 2021). Demonstrations in support of LGBT rights also occurred in France, where thousands of LGBT people took part in pride parades calling for respect of their rights and demanding access to medically assisted procreation (FranceInfo, 12 June 2021). In Italy, members of the LGBT community demonstrated to defend their rights, to denounce discrimination, and to call for the approval of the ‘Zan Law.’ The proposed ‘Zan Law’ seeks to extend existing anti-discrimination laws to cover discrimination on the grounds of sexual orientation, gender, and gender identity (The Florentine, 7 June 2021).

In Germany, the Federal Office for the Protection of the Constitution, Germany’s domestic intelligence agency, presented its annual report. It found that both far-right and far-left extremism have grown over the past year, although the former has risen by a greater extent (BfV, 15 June 2021; DW, 15 June 2021). Meanwhile, tens of thousands of people demonstrated in over a hundred locations across France to protest against the rise of far-right ideas, as part of a national day of protest dubbed ‘The March of Freedoms’ (Le Monde, 12 June 2021). In Nantes, one of those marches was marked by anti-riot police charging on a group of demonstrators.

In Spain, the local Moroccan community protested in Mazarron, condemning the murder of a Moroccan man in a bar. After an argument with the victim at the bar, a former soldier went home to retrieve a gun, returning shortly to shoot him point blank. The former soldier had been harassing a waitress for “speaking with a group of Muslims” when the man stepped in (El Diario, 15 June 2021). The Association of Moroccan Migrant Workers (ATIM) linked the attack to recent tensions over migration in the North African city of Ceuta, where thousands of migrants were allowed to breach Spanish territory from Morocco (El Pais, 18 June 2021).

Environmental demonstrations took place across the region. In Sweden, environmental activists staged over a dozen demonstration events across the country to draw attention to climate change and to demand a declaration of a climate emergency. In Finland, since 17 June, a few hundred Extinction Rebellion activists have camped overnight and staged street blocks on main streets in Helsinki and outside the Parliament, demanding urgent climate action. On 20 June, police detained 117 demonstrators in Helsinki (Yle, 21 June 2021). Environmental protests also occurred in the United Kingdom, where activists, including Extinction Rebellion members, continued to demand leaders of the G7 member states attending the G7 Summit to do more to help tackle climate change, as well as abroad in Germany.

Demonstrations related to Israel and Palestine continue to take place in the United Kingdom, where about 80 pro-Palestinian demonstrators clashed with police, throwing bricks and other objects at them (Birmingham Mail, 16 June 2021). Two demonstration events were also reported in Italy, in response to Israeli military aviation exercises carried out in Italian airspace.

Along the Armenia-Artsakh-Azerbaijan border, no clashes between Azerbaijani and Armenian forces were reported last week. Meanwhile, another Azerbaijani civilian was killed in a landmine explosion in the Agdam region. On 12 June, Azerbaijan returned 15 Armenian prisoners of war in exchange for the mine maps of the Agdam region (RFE/RL, 12 June 2021).

In the Donbas region of Ukraine, fighting between Ukrainian government forces and Russian-led forces continues to increase after a sharp drop two weeks prior, yet remains at a low level. There were 31 armed clashes, 81 shelling incidents, and one fatality reported.