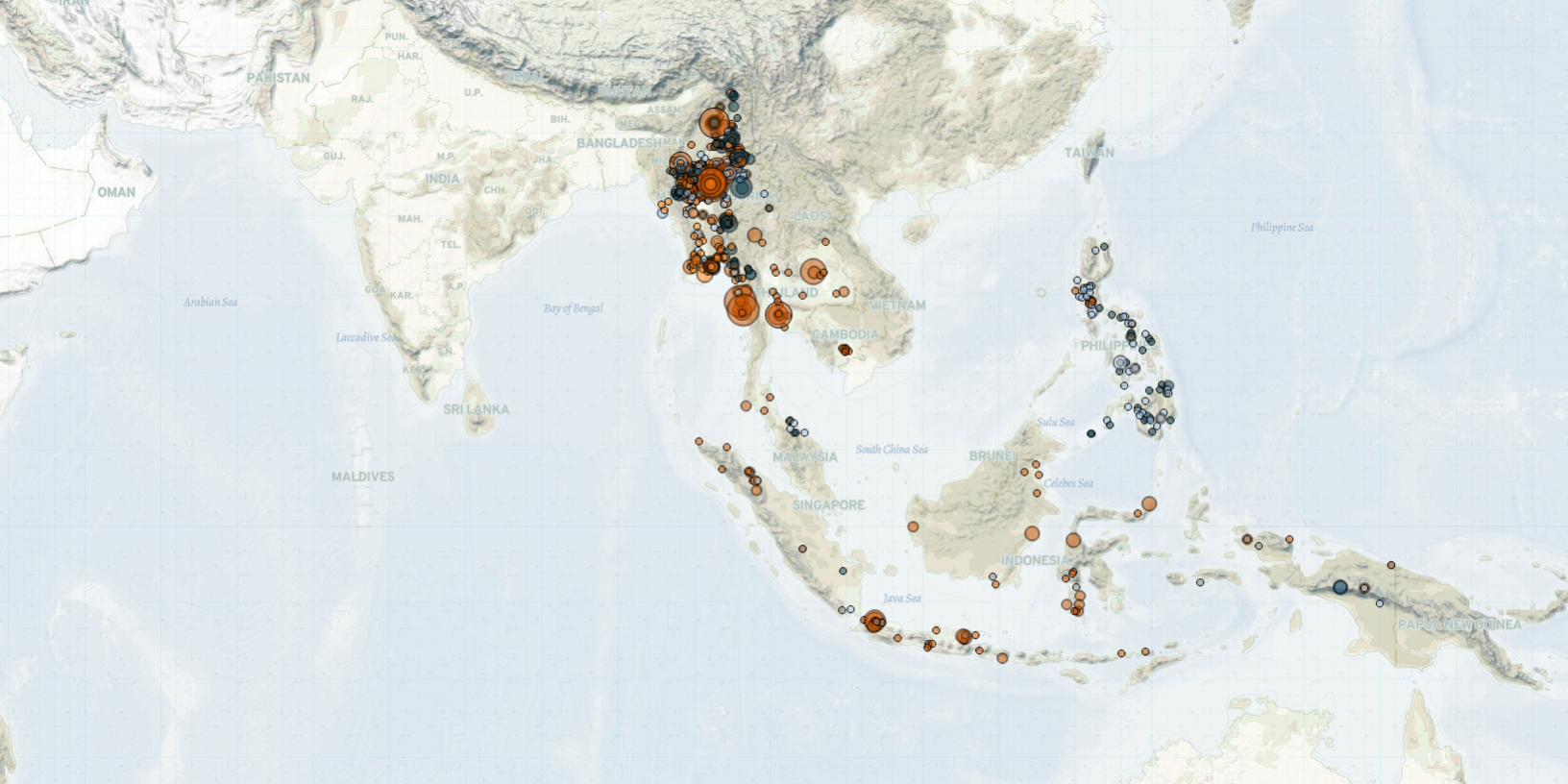 Last week in Southeast Asia, anti-coup protesters in Myanmar continued to protest against the military regime. Meanwhile, there was a decrease in attacks targeting those perceived to be in support of the junta. Additionally, deadly clashes between local defense groups and the military continued, with significant clashes taking place in Mandalay city and Sagaing region. Likewise, deadly fighting between ethnic armed organizations (EAOs) and the military continued across several states and regions in Myanmar. Elsewhere, in Thailand, anti-government protests increased last week as protesters gathered to commemorate the 89th anniversary of the 1932 Siamese Revolution on 24 June. Finally, in Indonesia, journalists took to the streets to condemn the killing of a fellow journalist by a bar owner in North Sumatra province.

In Myanmar, anti-coup protests against the military regime continue to be held across the country, despite sustained efforts by security forces to suppress the anti-coup movement. Notably, protesters launched a “flower strike” campaign on 19 June and staged rallies across the country to mark the 76th birthday of detained State Counsellor Daw Aung San Suu Kyi. As part of the campaign, supporters wore flowers in their hair, the signature look of Daw Aung San Suu Kyi (Straits Times, 19 June 2021). The State Counsellor has been under house arrest since the 1 February coup. She now faces multiple charges filed by the military regime that could see her spend the rest of her life in prison (Al Jazeera, 14 June 2021).

Separately, a firefight broke out between the Myanmar military and local defense groups on 22 June in the country’s second largest city of Mandalay, after the military raided one of the defense forces’ bases in the city. This was the most serious exchange of fire between the Myanmar military and resistance groups in a major urban center since the coup. Several fatalities were reported on both sides (Myanmar Now, 23 June 2021). Clashes so far have largely been concentrated in smaller towns or rural parts of the country. Elsewhere, in Sagaing region, local defense forces launched an offensive against Myanmar military troops deployed in Hta Yaw Kyin village, prompting heavy fighting. The defense group claimed that the military suffered heavy casualties during the clash (Irrawaddy, 23 June 2021).

Meanwhile, clashes between the Myanmar military and EAOs were reported in Kachin, Kayin, Mon, and northern Shan states, as well as in Sagaing region. In Kachin state, the Kachin Independence Organization/Kachin Independence Army (KIO/KIA) ambushed military convoys in two separate locations on 21 June. Elsewhere, in Kayin state, fighting broke out between the military and the Karen National Union/Karen National Liberation Army (KNU/KNLA) near the state’s capital city, Hpa-an, on 21 June, after military troops entered the area without prior notice (Irrawaddy, 22 June 2021; Myanmar Now, 22 June 2021).

In Thailand, anti-government protests increased last week as protesters gathered on 24 June to mark the 89th anniversary of the 1932 Siamese Revolution that transformed Thailand from an absolute monarchy into a constitutional monarchy. The revolution also gave rise to the birth of the first political party in Thailand, Khana Ratsadon or the People’s Party, the namesake of the coalition leading the current anti-government movement (Nikkei Asia, 14 October 2020). Despite surging COVID-19 cases in the country (24 June 2021, CNA), hundreds of protesters took to the streets of Bangkok to call for Prime Minister Prayut Chan-o-cha’s resignation and constitutional reforms to curb the monarchy’s power (Reuters, 24 June 2021). The turnout of protesters was relatively large compared to recent months (The Diplomat, 24 June 2021). In comparison to last year, anti-government protests in Thailand have been relatively muted since the latest wave of COVID-19 infections hit the country in March this year (Nikkei Asia, 28 April 2021).

Lastly, in Indonesia, the killing of a journalist by a bar owner in North Sumatra province last week sparked protests by journalists in several provinces. Protesters condemned the shooting and called for an investigation into the murder. Police later alleged that the victim, who was the editor-in-chief of an online media outlet, had extorted money from the perpetrator by threatening to expose the trafficking of drugs at his bar (Detik News, 24 June 2021). Despite allegedly receiving payment, the journalist continued to report on drug trafficking taking place in the bar (Detik News, 24 June 2021). Journalists in Indonesia have been protesting against increasing violence against journalists since March this year, when a journalist was beaten while attempting to report on the suspected corruption of a former government official (Tempo, 10 April 2021).