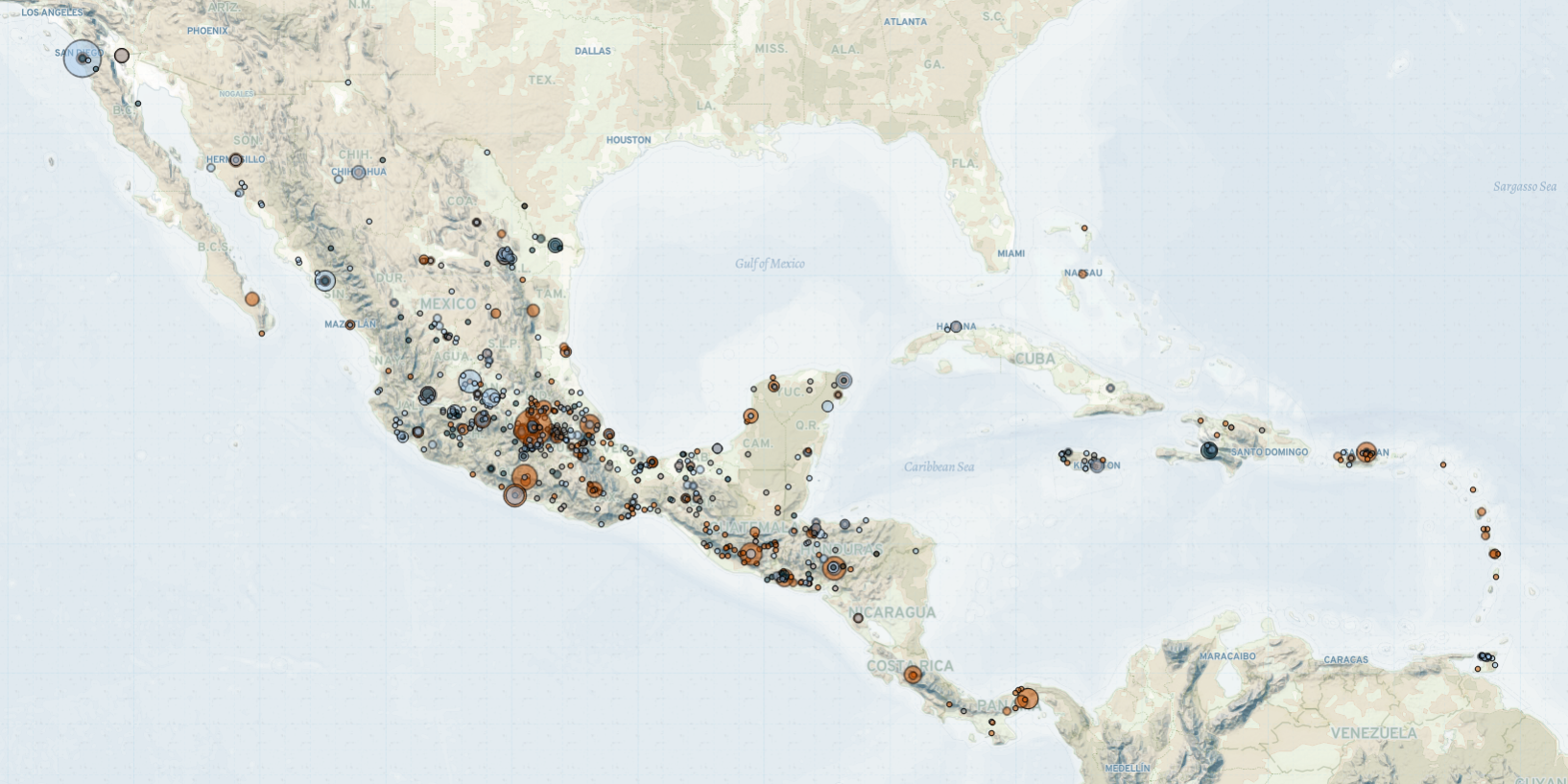 Last week in Mexico, Central America, and the Caribbean, gang violence remained high. In Mexico, ongoing turf wars between gangs intensified in the states of Tamaulipas and Zacatecas. In Nicaragua, police continued to arrest members of the political opposition and candidates for the presidential election. Meanwhile, in Honduras, people demonstrated against the government’s project of developing Zones of Employment and Economic Development (ZEDES). In Guatemala, former military officers continued to protest, demanding compensation for their service during the civil war which lasted from 1960 to 1996.

In Mexico, ongoing turf wars between gangs and cartels in the states of Zacatecas and Tamaulipas intensified, causing a significant number of fatalities. In Tamaulipas, members of Los Ciclones and Los Escorpiones gangs killed at least 15 civilians in the city of Reynosa, which is known for being controlled by Los Metros gang (El Financiero, 25 June 2021). These three groups are factions of the Gulf Cartel which maintains control over drug and human trafficking routes in the border area that connects the state of Tamaulipas to the United States (BBC, 28 January 2021). Despite the dominance of the area by the Gulf Cartel, the leadership of the group has been disputed since the killing of one of its leaders in 2010 (La Silla Rota, 12 August 2018).

The recent escalation in the conflict between the different factions of the cartel follows the National Alliance Party’s (PAN) loss in the local elections held on 6 June. The PAN is the party of the state governor, who is accused of money laundering and receiving money from the Gulf Cartel to finance his political campaign. The support that the governor had in the local congress had ensured his impunity against corruption charges (Expansion Politica, 23 June 2021). As PAN has now lost its majority in the local congress, opposition parties now have the majority needed to reopen a legal case against him (El Pais, 7 June 2021). This political shift could upset the balance of control that some factions of the Gulf Cartel have over the political ruling elite, fueling disputes between groups that seek to establish alliances with politicians to further their activities (Infobae, 22 June 2021).

Similarly, in Zacatecas, turf wars between the Sinaloa Cartel and the Jalisco New Generation Cartel (CJNG) intensified, resulting in a large number of fatalities. On 24 June, at least 35 people were killed in a clash between members of the Sinaloa Cartel and the CJNG in the community of San Juan Capistrano. Clashes between these two cartels have become more frequent since the end of 2020 (El Financiero, 24 April 2020). The Sinaloa Cartel has maintained traditional control of the states of Nayarit, Durango, and part of Zacatecas, and currently is seeking to prevent the expansion of the CJNG in these states (El Pais, 2 April 2021). In recent years, Zacatecas has become the center for the production of synthetic drugs in the country. Located in the middle of the country, the state is in a strategic position, with roads that connect to Mexico City and that lead to the border with the United States (La Jornada, 18 January 2021).

In Honduras, political discussions over the establishment of development zones known as ZEDES triggered demonstrations last week. The ZEDES will be established in rural areas and will be opened up to foreign investors. Though they remain under the control of the central government, they will have their own administration system and be subjected to a special tax regime that includes tax exemptions for investors (El Heraldo, 24 May 2021).

In the municipality of La Ceiba and in the capital Tegucigalpa, people protested against the ZEDES, claiming that they undermine the sovereignty of the state, and could open the door to money laundering schemes (El Diario.Es, 21 June 2021). Indigenous and rural communities have also opposed ZEDES, over fears that they will lead to the expropriation of lands and encourage environmental damage to protected areas (Deutsche Welle, 18 March 2021). Last week, hundreds of members of the Garifuna indigenous community clashed against supporters of the government who were attending a meeting to discuss the establishment of ZEDES in the municipality of La Ceiba. According to local experts, the government is seeking to fast track the establishment of these zones before the general election scheduled for 28 November, and secure their functioning regardless of the election outcome (Expediente Publico, 14 June 2021).

In Guatemala, former military officers staged protests, demanding compensation for their service during the civil war which lasted from 1960 to 1996. On 21 June, veterans marched and delayed traffic on roads in at least 21 municipalities across six of the country’s 22 departments. The protests were prompted by Congress’ failure to approve a law granting them access to compensation established in the 1996 peace accord following their reintegration into civilian life (Prensa Libre, 13 August 2019). Since 2019, congressional discussions about this law have been paused over disagreements concerning the amount of compensation for the former soldiers (Infobae, 23 March 2021). The veterans announced that if Congress did not approve the bill by October, they would continue to protest (La Prensa Libre, 23 June 2021). This is the second wave of such protests recorded thus far in 2021.