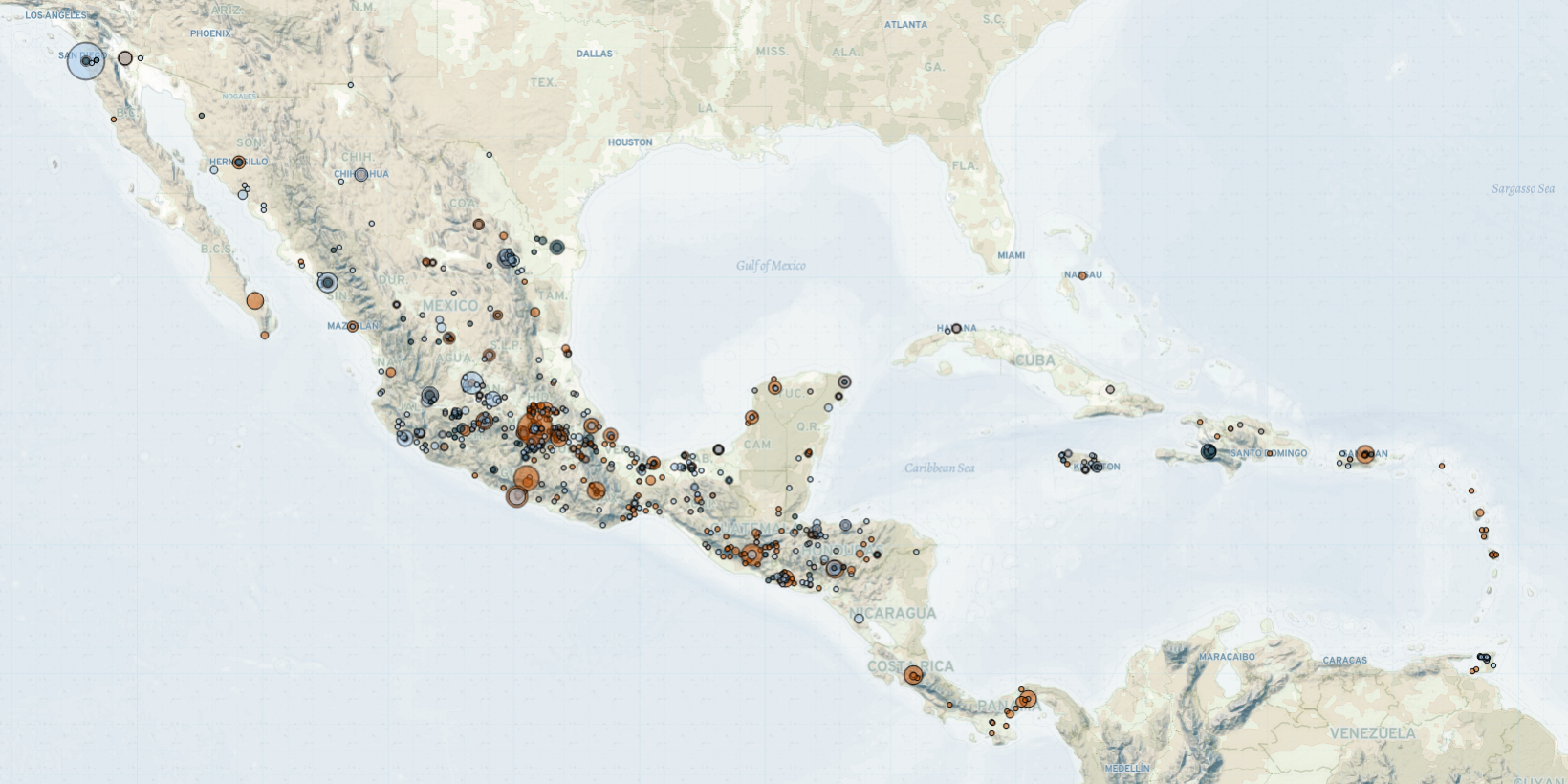 Last week in Mexico, Central America, and the Caribbean, demonstrations and violence against civilians remained high. Thousands of members of the LGBT community marched in El Salvador, Puerto Rico, Mexico, and Panama against discrimination, demanding respect for their rights (France 24, 27 June 2021). In Mexico, demonstrations related to the scarcity of cancer medicines increased across the country. In Haiti, violence against civilians intensified after the killing of at least 15 people by alleged members of the dissident police union Fantom 509. Also in Haiti, clashes between law enforcement and gangs in Port au Prince increased, resulting in at least nine fatalities. Finally, in Mexico, an environmental activist was killed by unidentified armed men.

In El Salvador, Puerto Rico, Mexico, and Panama, members of the LGBT community marched in several cities in commemoration of LGBT Pride Month last week. Demonstrators call for the legalization of same-sex marriage, the freedom to change their name and gender in public registers, and protections against discrimination (France 24, 27 June 2021). In El Salvador, protesters demand Congress approve proposed laws on gender identity, and against the stigmatization and discrimination of the LGBT community. These proposals were originally presented in 2018, before being filed and later discarded in May 2021 by the Commission of Women and Gender Equality, which argued that the proposals were “obsolete and not in accordance with reality” (El Diario.es, 15 May 2021). The lack of regulations protecting the LGBT community, and the high levels of impunity that perpetrators enjoy have favored conditions for the discrimination of and attacks against LGBT people, particularly in Honduras, Guatemala, El Salvador, and Mexico (Amnesty International, 28 January 2021). Such attacks are often perpetrated by gangs, local communities, and state officers (Human Rights Watch, 7 October 2020). Between 2019 and 2020, Mexico and Honduras were home to the majority of attacks against LGBT people in Mexico, Central America, and the Caribbean (El Pais, 28 June 2021).

In Mexico, parents and relatives of children with cancer protested against a lack of appropriate medicines in public hospitals last week. Though the scarcity of medicines has prompted demonstrations in the past, the number of related demonstration events spiked last week. ACLED records protests in 11 of the country’s 33 states. This wave of demonstrations follows a statement by the Undersecretary of Health, who suggested that claims of a lack of oncological treatments were part of an international conspiracy by right-wing groups against the government (Expansion, 28 June 2021). Several measures, including the centralization of the drug procurement system and the suspension of the main pharmaceutical providers, have led to disruptions in the distribution chain and a shortage of medicines that have been worsening in recent years (Impunidad Cero, February 2021).

In Haiti, amid an upsurge of gang violence in Port-au-Prince, violence against civilians also intensified in the capital last week. On 29 June, a journalist and a feminist activist were killed, along with at least 13 other people, in shootings in the neighborhoods of Chris-Roi and Delmas 32. According to the chief of police, these attacks were perpetrated by dissident police officers of the Fantom 509 group in retaliation for the killing of one of their members earlier on the same day.  Civil society organizations have questioned the truthfulness of this attribution, however, arguing that this was made hastily and without providing any evidence (Tv5 Monde, 30 June 2021). Following the events, people blocked roads with flaming tires to demonstrate against the killings.

The Fantom 509, a group that brings together police officers around labor demands, is considered by the government to be a criminal group given their participation in violent demonstrations and attacks against police stations (Alterpress, 24 March 2021). Hours before the shootings of the 15 civilians, Guerby Geffrard, a representative of Fantom 509 who had denounced alliances between government officials and gangs, had been killed by two unidentified men (VOA, 19 Mar 2021).

Also last week in Haiti, police officers continued to clash with gangs in Port-au-Prince. In the neighborhood of Bel-Air, a clash between gang members and police officers resulted in seven fatalities. Meanwhile, in several neighborhoods of the district of Croix-des-Bouquet, members of the 400 Mawozo gang clashed with law enforcement officers, setting several vehicles on fire and leaving at least two fatalities. In June, ACLED records a significant increase in clashes between gangs and police officers compared to previous months. This trend is related to the numerous attacks by gangs on police stations as part of their ongoing turf war over control in neighborhoods of the capital. According to local organizations, poor equipment and the politicization of the police have weakened their capacity to face the rising insecurity (RNDHH, 11 June 2021). Earlier this week, President Jovenel Moise was assassinated in his home; this event will be included in next week’s data release and will be further explored in next week’s Regional Overview.