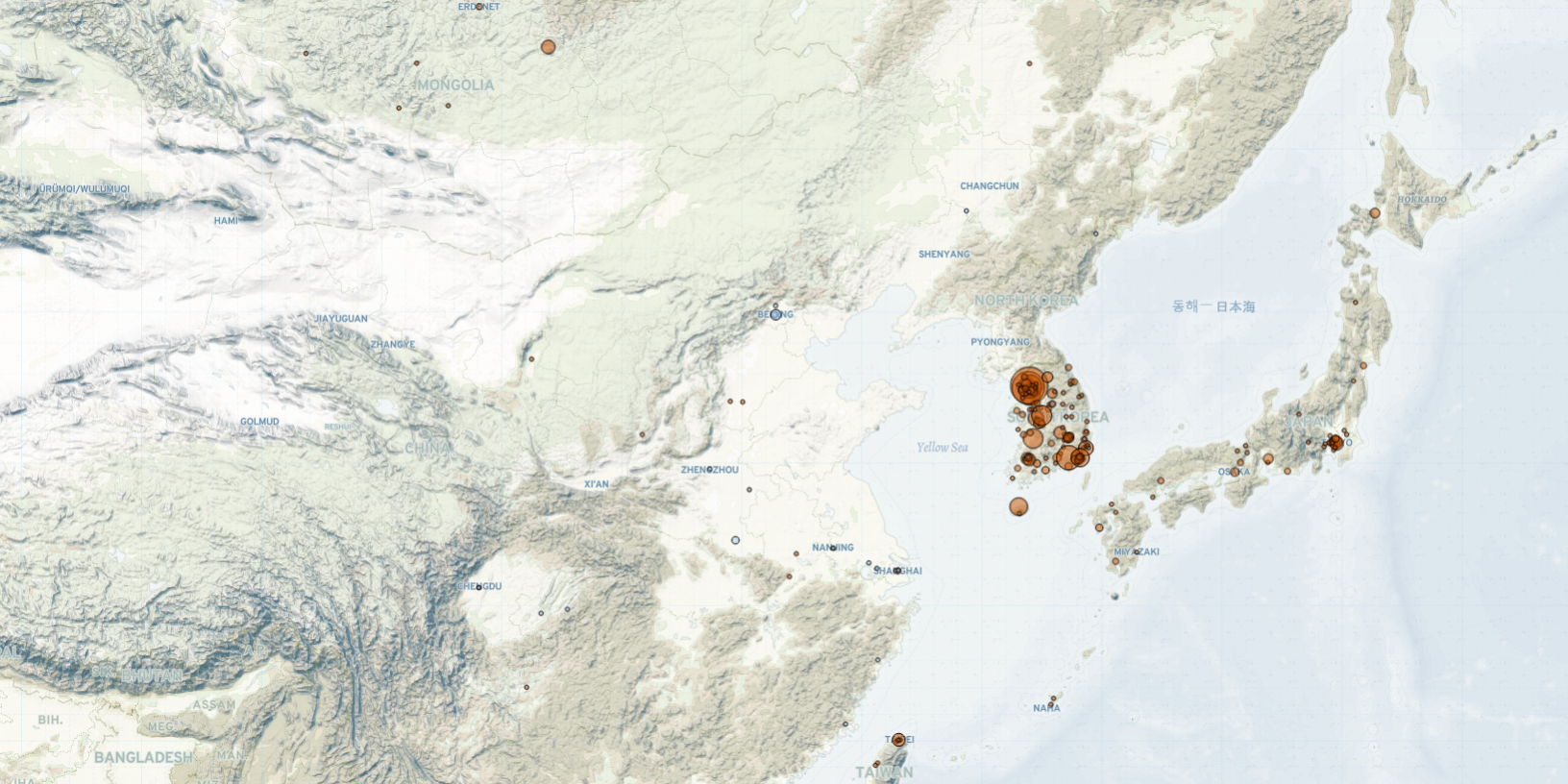 Last week in East Asia, one of the largest labor unions in South Korea held a massive rally demanding better working conditions amid a surge in COVID-19 infections (YNA, 9 July 2021). In Mongolia, health workers’ protests, which started in the capital the week before, have expanded across the country. Also in Mongolia, several officials were arrested after allegedly disclosing state secrets. Lastly, in Hong Kong, reports that over 200 district councilors may be at risk of dismissal, for past conduct deemed to be in violation of their oath, prompted a wave of mass resignations from district councilors. This comes ahead of the planned rollout of the mandatory oath-taking ceremony for district councilors.

In South Korea, the Korean Confederation of Trade Unions (KCTU), one of the most active labor unions in the country, held a rally in Seoul last week, despite a ban on mass gatherings to curb a recent spike in COVID-19 infections (YNA, 5 July 2021). An estimated 8,000 demonstrators took to the streets to urge for better labor conditions, the abolition of irregular jobs, and a higher minimum wage (YNA, 5 July 2021). During the demonstration, one person was arrested for assaulting police and six organizers were booked on suspicion of violating the Law on Assembly and Demonstration of the Infectious Disease Control and Prevention Act (YNA, 5 July 2021). The KCTU accused the government of discrimination, as it allows other outdoor events but not rallies, and pledged to go ahead with a general strike in November (Korea Times, 5 July 2021).

In Mongolia, health workers across the country took to the streets last week, demanding a salary increase. This followed a health workers’ sit-in protest that started in the capital the week before. The demonstrators demand the government double their salaries to reach the country’s average wage, as the pandemic has caused a significant increase in their workload. Further protests are expected if the government does not meet these demands.

Also in Mongolia last week, authorities arrested a Brigadier General of the Police Forces in Ulaanbaatar and six senior officials from the Zamyn-Uud district, the main border crossing hub between Mongolia and China. The brigadier is suspected of disclosing state secrets, while the six officials are accused of corruption and the abuse of power. It is believed that the arrests are connected (News.mn, 7 July 2021). Further information on the arrests is yet to be revealed.

In Hong Kong, more than 160 district councilors from the pro-democracy camp resigned in a span of four days, after reports surfaced on 7 July that an estimated 230 councilors may be at risk of being removed from their positions (Inmediahk.net, 10 July 2021; The Standard, 12 July 2021). The wave of resignations took place ahead of the oath-taking ceremony for district councilors on 20 July to pledge allegiance to the Special Administrative Region and to uphold the Basic Law of Hong Kong when assuming office (HKFP, 17 March 2021). The oath is now a requirement for district councilors under a new law passed in May 2021; recent reports indicate that district councilors may be dismissed for past actions that are deemed to be in violation of their oaths. The criteria for disqualification has not yet been confirmed publicly (HKFP, 9 July 2021). Unseated councilors could be made to repay more than 1 million Hong Kong dollars (over 128,000 USD) in salaries and other benefits (Inmediahk.net, 10 July 2021; The Standard, 12 July 2021). The mass resignations are a further setback for the pro-democracy camp as district councils represent their last stronghold, following the resignations of all pro-democracy legislators in November 2020. The previous round of resignations was prompted by the dismissal of four legislators on national security grounds (BBC, 12 November 2020).