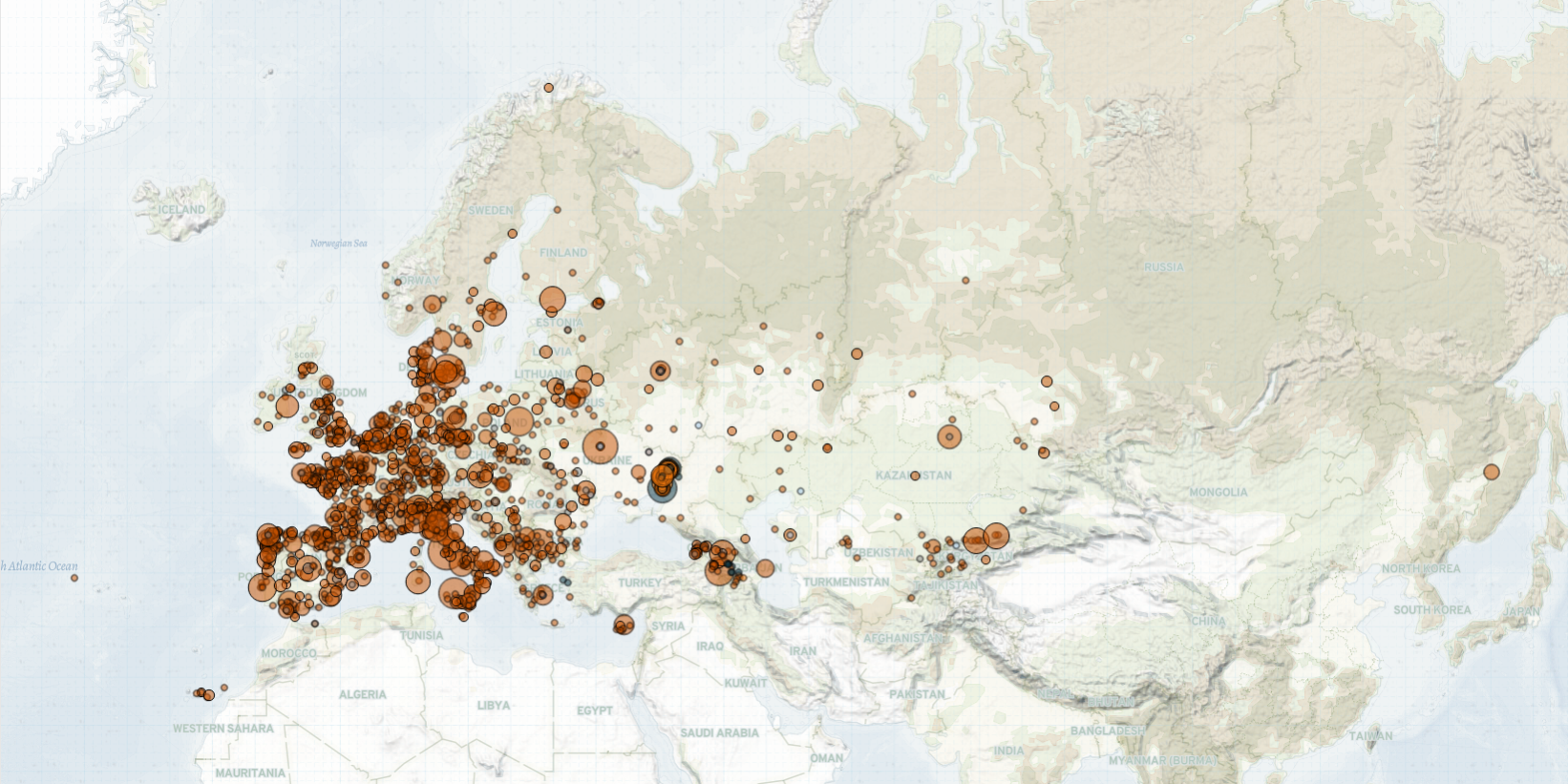 Last week, in Europe, Central Asia, and the Caucasus, the security situation deteriorated with incidents of armed clashes reported in some countries in the region and the Afghanistan crisis impacting bordering countries. Snap parliamentary elections in Moldova resulted in the victory of the president’s reformist pro-European party. Meanwhile, attacks on members of the LGBT community took place in several countries, including in Georgia, Croatia, and Spain.

The recent escalation in fighting between government forces and the Taliban in Afghanistan spilled over into neighboring countries in Central Asia last week. In Tajikistan, 400 Afghan civilians fled into the Gorno-Badakhshan Autonomous Region due to clashes in Badakhshan province, Afghanistan (Asia-Plus, 8 July 2021). On 5 July, approximately 1,000 Afghan troops retreated into the territory of Tajikistan (Asia-Plus, 5 July 2021). These events come only weeks after Afghan servicemen retreated across the border into Uzbekistan (Gazeta.uz, 28 June 2021). Due to the worsening security situation in Afghanistan, the Tajikistan President Emomali Rahmon held an emergency meeting of the Tajik Security Council and announced the deployment of 20,000 reserve troops to strengthen the Tajik-Afghan border (Asia-Plus, 5 July 2021). Additionally, the Tajik government has asked the states of the Collective Security Treaty Organization (CSTO) for help in protecting the border with Afghanistan (RFE/RL, 8 July 2021).

In Moldova, reformist President Maia Sandu’s pro-European Party of Action and Solidarity (PAS) won the snap parliamentary elections with 52% of votes last week (Reuters, 12 July 2021). Sandu’s main rival, the pro-Russia Electoral Bloc of Communists and Socialists (BECS), took second place with 27% of the votes (Reuters, 12 July 2021). The formerly BECS-controlled parliament was one of the main obstacles for Sandu to implement her reforms. The new parliament will be seated on 27 August (RFE/RL, 11 July 2021). This electoral victory is one of the most decisive in modern Moldovan history. It potentially provides the new government enough political power to take action on issues such as widespread corruption and poor governance (Transparency International, 2017, 2020).

Last week, Turkish President Recep Tayyip Erdogan admitted that Turkish intelligence services kidnapped Turkish educator Orhan Inandi from Kyrgyzstan in May (RFE/RL, 5 July 2021). Turkey accuses Inandi of being linked to the movement of Turkish cleric Fetullah Gulen (RFE/RL, 5 July 2021); Turkey considers the Gulen movement a terrorist organization and deems it responsible for the 2016 coup attempt against President Erdogan (Reuters, 31 May 2016). Supporters of Inandi staged demonstrations in Bishkek and demand that the Kyrgyz government ensure his safe return (24Kg, 7 July 2021). Human Rights Watch issued a harsh statement regarding Inandi’s abduction and his extradition to Turkey from Kyrgyzstan, accusing the governments of Turkey and Kyrgyzstan of violating international and domestic laws (HRW, 7 July 2021).

In Lithuania, border control and military forces continued to intercept refugees (mainly Iraqi citizens) last week;  Lithuania accuses the government of Belarus of directing the refugees to Lithuanian territory (Al Jazeera, 7 July 2021).  Meanwhile, alleged government plans to settle over 150 asylum seekers in a local state-owned dormitory prompted demonstrations in the port city of Klaipeda (TV3, 8 July 2021). The government of Belarus is likely enabling, if not actively directing, these refugee flows to Lithuania in an attempt to pressure Lithuania to decrease its very active support for the Belarusian opposition.

Violence targeting LGBT Pride events took place in Croatia and Georgia last week. In Croatia, LGBT Pride march demonstrators and journalists covering it were attacked. In Georgia, on 5 July, Tbilisi Pride was canceled after far-right groups staged violent demonstrations at several locations. On 5 July, they raided Tbilisi Pride and Shame Movement offices, and beat numerous journalists covering the story, one of whom later died (RFE/RL, 13 July 2021). Tbilisi Pride was suspended over concern of further violence by anti-Pride rioters (The Guardian, 5 July 2021). The next day, LGBT groups and their supporters rallied in Tbilisi to protest the failure of the police to protect them against the violence of anti-LGBT groups and were met with violent counter-demonstrations. Anti-LGBT demonstrators threw objects and clashed with police while trying to break the police cordon (OC Media, 7 July 2021). Demonstrations were subsequently organized in several cities in Georgia against violence targeting journalists; segments of society called on the government to act in support of free speech and the LGBT community. LGBT groups have never managed to organize a Pride march before in Georgia; all previous attempts have also been hijacked by anti-LGBT and nationalist groups. The Georgian prime minister expressed regret over the death of the journalist, but described pro-LGBT demonstrations as a “failed conspiracy of anti-state and anti-church forces” (RFE/RL, 13 July 2021).

Meanwhile, a 24-year-old man was beaten to death in A Coruna, Spain in an alleged homophobic attack. His death triggered a wave of over 50 demonstration events called by LGBT groups. Demonstrators demand justice and demonstrated against homophobia and the rise of the far-right (Elpais, 6 July 2021). In Madrid, demonstrators clashed with police when they intervened to dissolve the gathering. Demonstrations in support of LGBT rights were also reported in Italy.

On the border between Kyrgyzstan and Tajikistan, a firefight took place in Leylek district of Batken region, resulting in the death of one Kyrgyz border guard and the wounding of another (Akipress, 8 July 2021). Tajik authorities accused Kyrgyz forces of intruding into Tajik territory, while Kyrgyz authorities report that the Kyrgyz border patrol was ambushed by Tajik border guards (RFE/RL, 9 July 2021). The incident comes following a major military confrontation between Tajikistan and Kyrgyzstan over a fiercely disputed border in April this year (HRW, 30 April 2021). This clash was the first such incident since May.

Along the Armenia-Artsakh-Azerbaijan border, three ceasefire violations were reported last week, leaving two Armenian and three Azerbaijani soldiers wounded. Additionally, one Azerbaijani civilian died and another was wounded following a mine explosion in the Fizuli region. On 3 July, 15 Armenian prisoners-of-war were returned to Armenia in exchange for the locations of approximately 92,000 anti-tank and anti-personnel mines in the Fizuli and Zangilan regions (Jam News, 4 July 2021).

In the Donbas region of Ukraine, fighting between Ukrainian government forces and Russian-led forces slightly increased last week compared to the previous week. There were 41 armed clashes, 102 shelling incidents, and four fatalities reported.