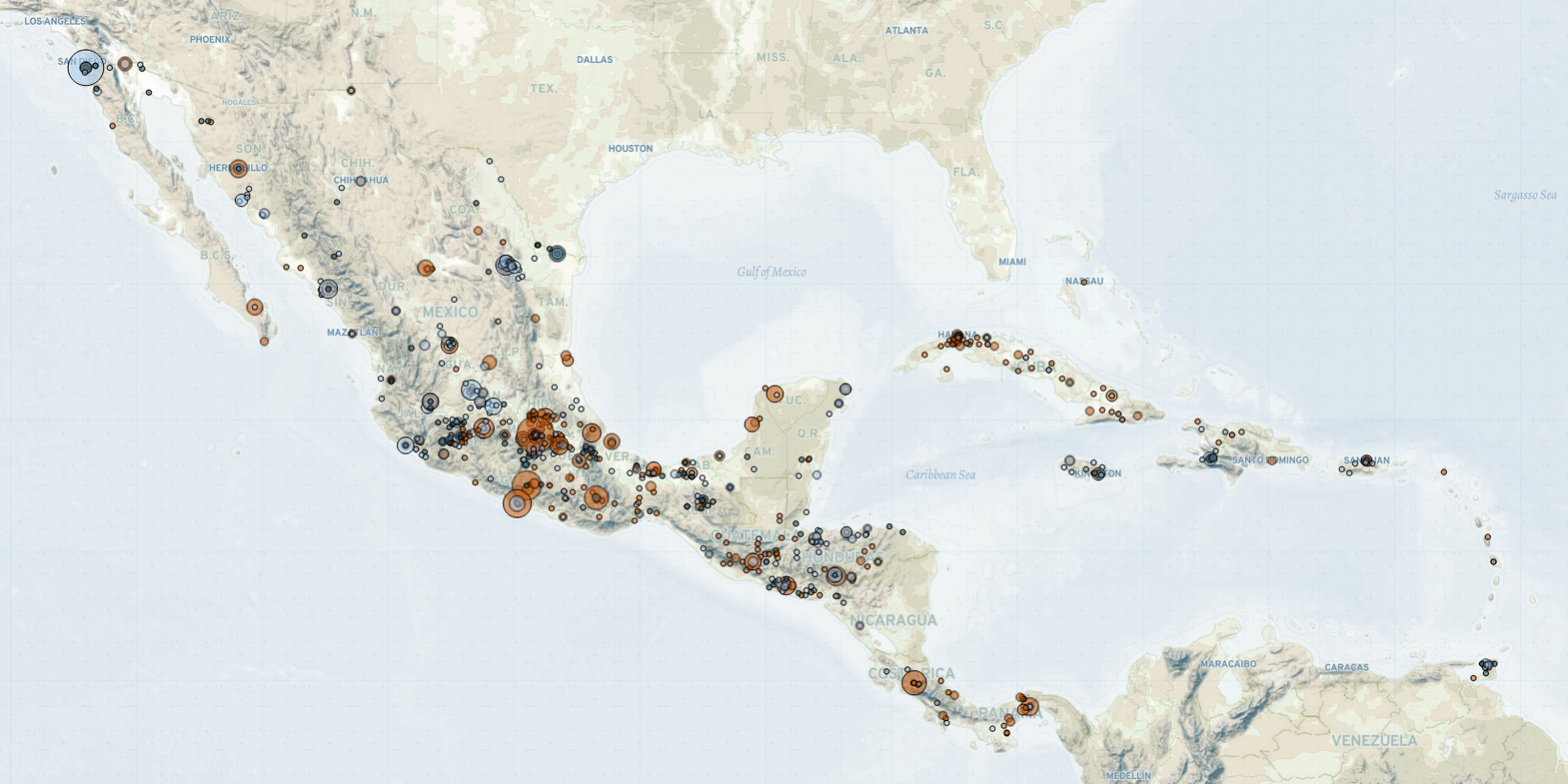 Last week in Mexico, Central America, and the Caribbean, demonstrations increased. In Cuba, thousands of people staged anti-government demonstrations across the country (AP, 12 July 2021). Law enforcement actions to disperse these demonstrations left at least one person dead and several others arrested. In Costa Rica, people demonstrated against the draft bill for the new Public Employment Framework Law. In Panama, demonstrations related to the coronavirus pandemic continued. Meanwhile, in Mexico, the Jalisco New Generation Cartel (CJNG) intensified its offensive in Michoacan state, leading to an increase in clashes with self-defense groups and police.

In Cuba, discontent caused by the economic and health crisis triggered an unprecedented number of massive anti-government demonstrations nationwide last week (El Pais, 12 July 2021). The demonstrations started on 11 July after a spontaneous gathering of people in the city of San Antonio de los Baños. It was followed by demonstrations in cities across all 16 provinces of the country. Demonstrators demand solutions for the rising price of goods and the generalized scarcity of food and medicines.

In response to these demonstrations, President Miguel Diaz-Canel called for regime supporters to go into the streets and fight what he called “provocations” against the revolution (ABC, 13 July 2021). He attributes these demonstrations to an alleged smear campaign by the political opposition and to economic stress caused by the ongoing United States embargo (France 24, 12 July 2021). Though the embargo has restricted economic exchanges and the use of US currency in the country (ABC, 14 July 2021), critics of the regime argue that the recent economic crisis is related to the mismanagement of the national economy by the government, which has been worsened by the coronavirus pandemic (AP, 14 July 2021). The Cuban economy relies mainly on tourism activities ,which declined by 90% during 2020 (El Heraldo, 14 July 2021). Further, the crisis has been exacerbated by soaring rates of inflation following economic reforms introduced by the government in January 2021; the government increased salaries alongside the price of goods, while also reducing state subsidies (Reuters, 16 June 2021, BBC, 29 January 2021).

Though the majority of the demonstration events recorded on 11 July were peaceful, police and military intervened in nearly a third of recorded demonstration events, beating participants and deploying tear gas. In La Habana, demonstrations turned violent when anti-government and pro-government rioters clashed. Police beat a journalist covering the event and arrested activists that were participating in the demonstration. In the following days, demonstrations continued, though to a lesser extent. In Arroyo Naranjo, rioters clashed with police officers outside a police station, resulting in the death of a person and injuries to several others. During last week, civil society organizations reported the arrest of more than 400 activists, journalists, and demonstrators (France 24, 17 July 2021). International press organizations have denounced the increased restrictions on freedom of expression following the suspension of the internet service in the country after the demonstrations (Infobae, 12 July 2021).

In Costa Rica, demonstrations against the Public Employment Framework Bill increased last week as the bill underwent its final revision phase in the Constitutional Chamber. The reforms proposed within this bill include a unified salary rate for public employers and restrictions on collective bargaining, among other measures (El Economista, 18 June 2021). These reforms have been criticized by civil society organizations, which argue that they infringe on rights guaranteed in the Constitution, such as the autonomy of public institutions and the right to collectively negotiate labor conditions (El Pais.cr, 17 July 2021). The bill is part of a package of laws that the government has proposed to meet the conditions of a three-year, 1.78 billion USD loan from the International Monetary Fund (IMF) (The Tico Times, 2 March 2021). Labor groups and civil society organizations led demonstrations against the bill in the provinces of San Jose, Cartago, and Alajuela. Demonstrations turned violent in Cartago and Alajuela, where demonstrators blocked roads with burning tires and threw stones at police. The request for a loan to the IMF and the package of reforms that this entails have triggered demonstrations since late 2020 (Semanario Universidad, 22 January 2021). In the first two weeks of July, ACLED records a rise in demonstration events against the Public Employment Framework Bill relative to recent weeks.

In Panama, amid a spike in COVID-19 infection rates, people continued to demonstrate against coronavirus restrictions and to demand access to vaccines last week. In Panama City and the province of Boca de Toro, labor groups staged protests calling for the resumption of economic activities and the payment of financial aid that had been promised by the government. Meanwhile, people protested in two cities in Cloque province, demanding access to vaccines. While more than 27% of the country’s population has received at least one vaccine dose (Swissinfo, 8 July 2021), Panama is currently home to one of the highest infection rates in the Mexico, Central America and the Caribbean region, with 1,052 new infections per day (Reuters, July 2021). The number of demonstration events related to the pandemic have dramatically increased in recent weeks. Across the first two weeks of July, ACLED records nearly as many coronavirus-related demonstration events (11) than during the entirety of May and June combined (12).

In Mexico, gang violence intensified last week as the CJNG continued operations to expand control over municipalities in the Tierra Caliente region of Michoacan state. In Apatzingan, the CJNG kidnapped the leader of a self-defense group in Tepalcatepec municipality on 11 July. In reaction to this kidnapping, clashes between the cartel and self-defense groups were recorded in the municipalities of Tepalcatepec and Buenavista. The clashes lasted for two consecutive days, during which the kidnapped leader was rescued and three men were killed. The CJNG also raided the office of the local authority of Tarecuato village and clashed with police in an attempt to seize control of the village. Following this attack, clashes between law enforcement officers and the CJNG were recorded in three nearby municipalities, causing at least three fatalities.

The Tierra Caliente region is known for being a strategic point for the production and trafficking of synthetic drugs (Infobae, 15 May 2021). In this region, self-defense groups and an alliance of criminal groups, known as the United Cartels, have sought to push back the offensive of the CJNG (Infobae, 29 June 2021). The CJNG has consolidated its control over the municipality of Aguillilla and now is seeking to expand its influence over other neighboring municipalities (El Pais, 14 July 2021). The number of clashes recorded in Michoacan state last week is equal to nearly the total number of clashes recorded across the state during the entire month of June, pointing to a significant uptick.