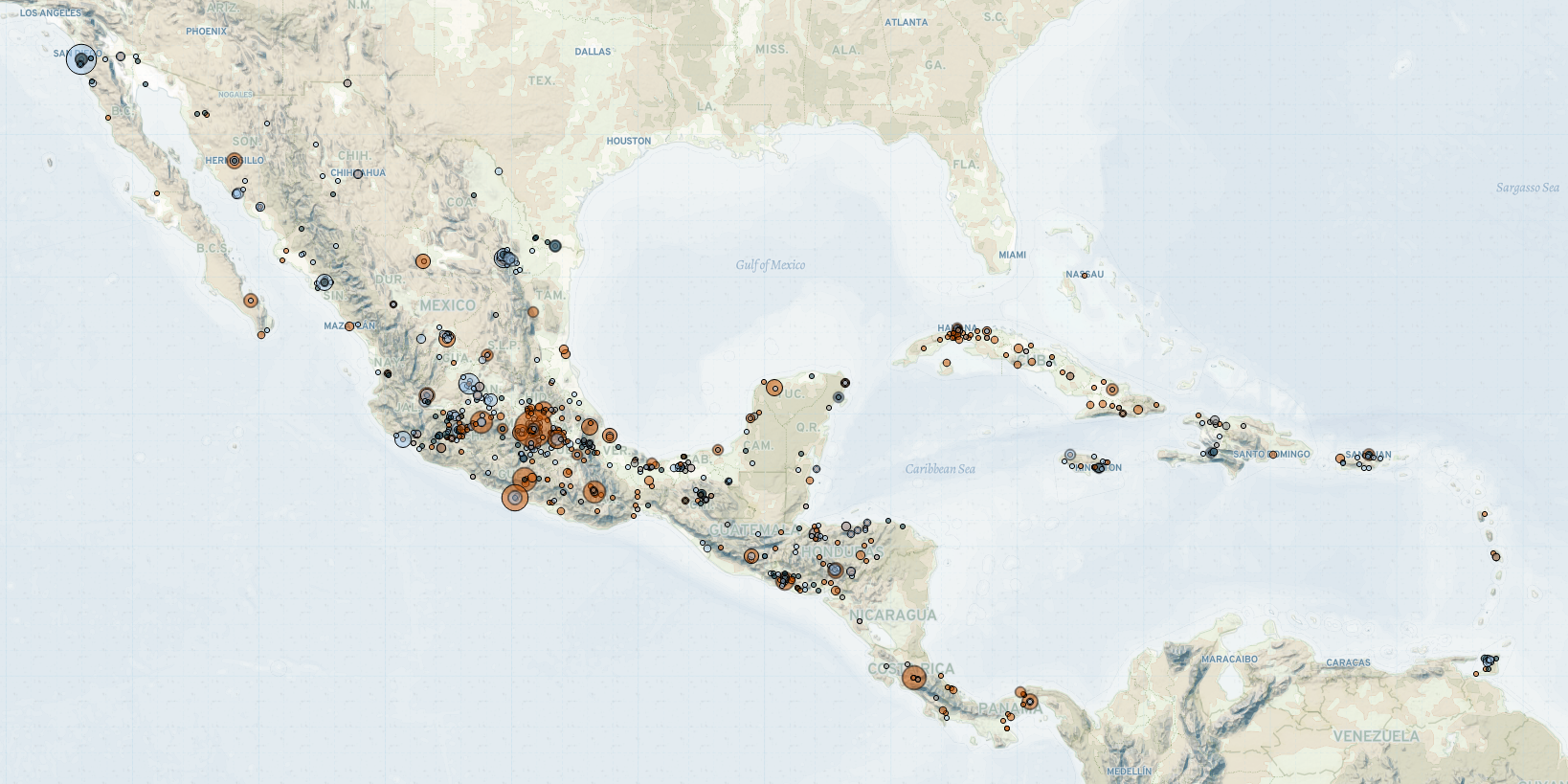 Last week in Mexico, Central America, and the Caribbean, demonstrations remained high. In Haiti, people demonstrated to demand justice for the killing of President Jovenel Moise during the eve of and day of the president’s funeral service. In Cuba, supporters of the regime demonstrated in several cities following massive anti-government demonstrations. In Honduras, bus drivers blocked several roads across the country demanding financial assistance. Meanwhile, unidentified armed men killed two journalists in Mexico.

In Haiti, supporters of late President Moise staged demonstrations calling for justice for his killing, coinciding with Moise’s funeral last week. Demonstrators burned tires and barricaded roads during three consecutive days of rioting in Cap-Haitien, where the funeral took place on 23 July, leaving at least one person dead. During the ceremony, rioters clashed with police outside the venue, forcing representatives of the United Nations and the United States to leave the service early (AP, 23 July 2021). Rioters accuse police of  being responsible for Moise’s death (BBC, 24 July 2021), while also accusing members of the Haitian social elite of taking part in the assassination (Al Jazeera, 22 July 2021). Martine Moise, the former First Lady, also accused the Haitian social elite of betraying her husband (Miami Herald, 23 July 2021). Demonstrators also laid barricades of flaming tires in three districts of the Nord and the Nord-Est departments. Authorities have declared that the president was killed by foreign mercenaries on the orders of a Haitian doctor, Emmanuel Sanon, who allegedly intended to seize the presidency (France 24, 12 July 2021). Police have arrested Sannon alongside 20 suspected mercenaries, and Moise’s chief of security,  who is suspected of being involved in the plot (Al Jazeera, 27 July 2021).

Meanwhile, Ariel Henry was sworn in as the new prime minister on 20 July, having been declared prime minister-designate by Moise days before his killing. Henry’s swearing-in comes after Interim Prime Minister Claude Joseph agreed to step down, despite his earlier refusal to acknowledge Henry’s mandate (The Washington Post, 19 July 2021). Henry will form his government with Joseph as Minister of Foreign Affairs, and is expected to set the conditions to call for a general election (France 24, 21 July 2021).

In Honduras, bus drivers blocked roads in nine departments on 22 July, as part of a general strike to demand government debt relief, a reduction of fuel prices, and financial aid. Though the majority of these demonstrations were peaceful, a journalist was injured amid clashes between drivers and police officers in the municipality of Villanueva. The drivers claim that due to the economic crisis caused by the COVID-19 pandemic, their incomes have fallen and they have been unable to comply with payments on bank loans acquired to buy their units (Swissinfo, 22 July 2021). After a day of roadblocks, the government agreed on a relief plan by which drivers will be able to refinance their debts while the government directly pays banks for defaulted credits acquired before the COVID-19 pandemic (La Prensa, 25 July 2021). This is the second general strike that bus drivers have held thus far in 2021 for the same issues. During the first strike in April, the government agreed to provide truck drivers with gasoline subsidies (La Prensa, 21 April 2021).

In Mexico, violence targeting journalists continued last week. On 19 July, unidentified armed suspects shot dead a journalist in Morelia, the state capital of Michoacan. The victim had previously criticized local politicians for mismanagement of public funds and carried out investigations related to corruption scandals (El Universal, 20 July 2021). Two days after this attack, unidentified armed men killed the director of Info Guaymas media outlet in Guaymas, Sonora. The victim had received death threats from criminal groups after publishing reports on the disappearance of another journalist in Sonora state at the beginning of 2021 (El Pais, 23 July 2021). Though perpetrators in both cases remain unknown, journalists in Mexico have often been targeted by criminal groups for their investigations into public administrations and the dynamics of groups involved in organized crime (Article 19, 14 September 2020). According to the Committee to Protect Journalists, Mexico was ranked the deadliest country in the world for the media in 2020 (The Guardian, 22 December 2020). Thus far in 2021, ACLED records at least 11 attacks targeting journalists, resulting in the death of six journalists.