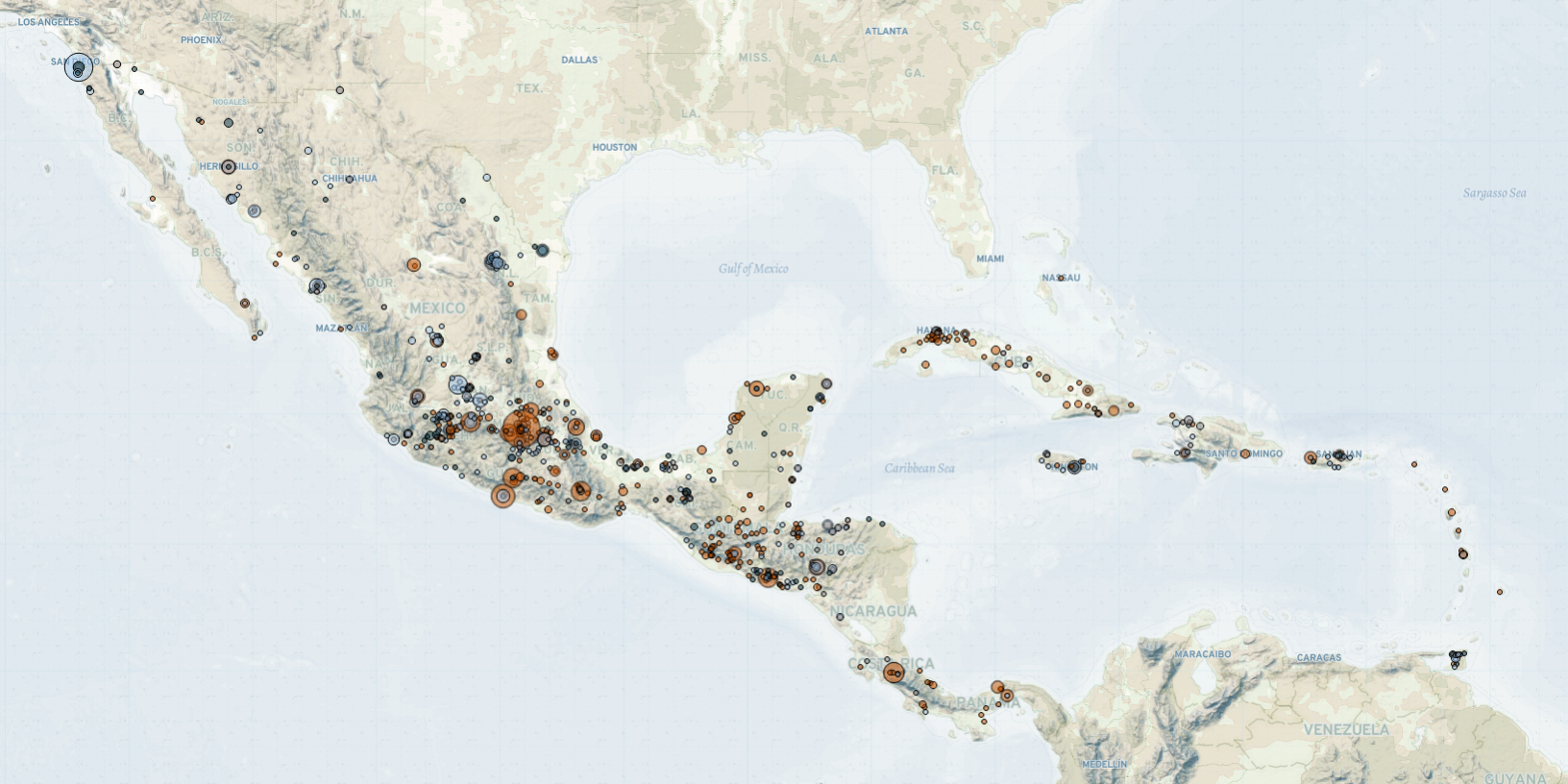 Last week in Mexico, Central America, and the Caribbean, demonstration levels and political violence remained high. In Guatemala, people demonstrated across the country against the dismissal of the head of the Special Prosecutor’s Office Against Impunity (FECI). Also in Guatemala, a journalist was killed by unidentified armed men. In Honduras, a candidate running for congress for the Liberal Party of Honduras (PLH) was killed by unidentified suspects. Meanwhile, in Nicaragua, police continue to arrest presidential candidates and members of the political opposition.

In Guatemala, the dismissal of the national anti-corruption prosecutor and director of FECI, Juan Francisco Sandoval, sparked demonstrations across the country last week. The General Attorney announced the removal of Sandoval on 23 July due to his alleged “abuses to the institutionality” of the Public Ministry (Al Jazeera, 24 July 2021). Following this announcement, indigenous groups and civil society organizations called for a general strike starting on 29 July. They demand the resignation of President Alejandro Giammattei and the general attorney, claiming that Sandoval’s dismissal was illegal (El Mundo, 30 July 2021). Last week, anti-government demonstrations took place in 17 of the 22 departments of the country. While the overwhelming majority of these demonstrations are peaceful, in Guatemala City, demonstrators set fire to tires, partially destroyed the facade of the Public Ministry building, and threw paint at police officers.

FECI was originally created in 2012 to investigate organized crime networks and corruption, in support of the United Nations’ International Commission against Impunity (CICIG)(Prensa Libre, 10 June 2021). During Sandoval’s tenure, FECI investigated and prosecuted more than 200 former government officials for mismanagement and diversion of public funds (SwissInfo, 26 July 2021). In the past year, FECI had been carrying out investigations against serving government officials for alleged funding irregularities during the last presidential campaign, among other suspected acts of corruption (RFI, 26 July 2021). Following his dismissal, Sandoval left the country on 24 July, fearing arrest and claiming that the government was seeking to undermine ongoing investigations that could potentially lead to the direct prosecution of President Alejandro Giammattei (BBC, 28 July 2021). In response to the dismissal of Sandoval, seven governments from the G13 Group of Donor Countries released a joint communique expressing their regret over the decision (Prensa Libre, 30 July 2021). Several international NGOs working on the promotion of the rule of law and human rights in Guatemala also released a joint statement condemning the decision (DPLF, 24 July 2021). Additionally, the US government announced a temporary pause of cooperation programs granted to the Guatemalan Public Ministry to support the fight against corruption (Europa Press, 28 July 2021).

Also in Guatemala, a journalist was shot dead by an unidentified armed group in the department of Chiquimula on 30 July. The victim was the owner of a news website that reported on security and political issues in the department and had previously received anonymous death threats over his reporting (La Hora, 31 July 2021). The Guatemalan Press Association denounced the police for failing to  grant protection to the victim despite the death threats (Prensa Comunitaria, 30 July 2021). The Guatemalan government has been criticized by human rights and press organizations for its failure to invest resources into criminal investigations and the protection of journalists that have been victims of harassment and attacks (HRW, 18 February 2021; Article 19, 3 May 2021).

In Honduras, attacks against candidates running in upcoming general elections scheduled for 28 November continued last week. In Tegucigalpa, armed men broke into the house of a congressional candidate for the opposition PLH, killing her and injuring her husband on 25 July. The victim was a lawyer and former congresswoman, who was also a recognized leader of the Miskito indigenous community (El Heraldo, 26 July 2021). Though information on the perpetrators and the motivation for the attack remains limited, local security experts have suggested that it was a targeted attack, potentially related to the victim’s work as a lawyer and politician (La Tribuna, 27 July 2021). According to local civil society organizations, authorities often attribute attacks against social leaders and politicians to criminality without proper investigations to identify and prosecute the perpetrators (Expediente Publico, 11 February 2021). Since January 2021, ACLED records 11 attacks against government officers, politicians, and candidates of different parties, which have resulted in at least nine fatalities.