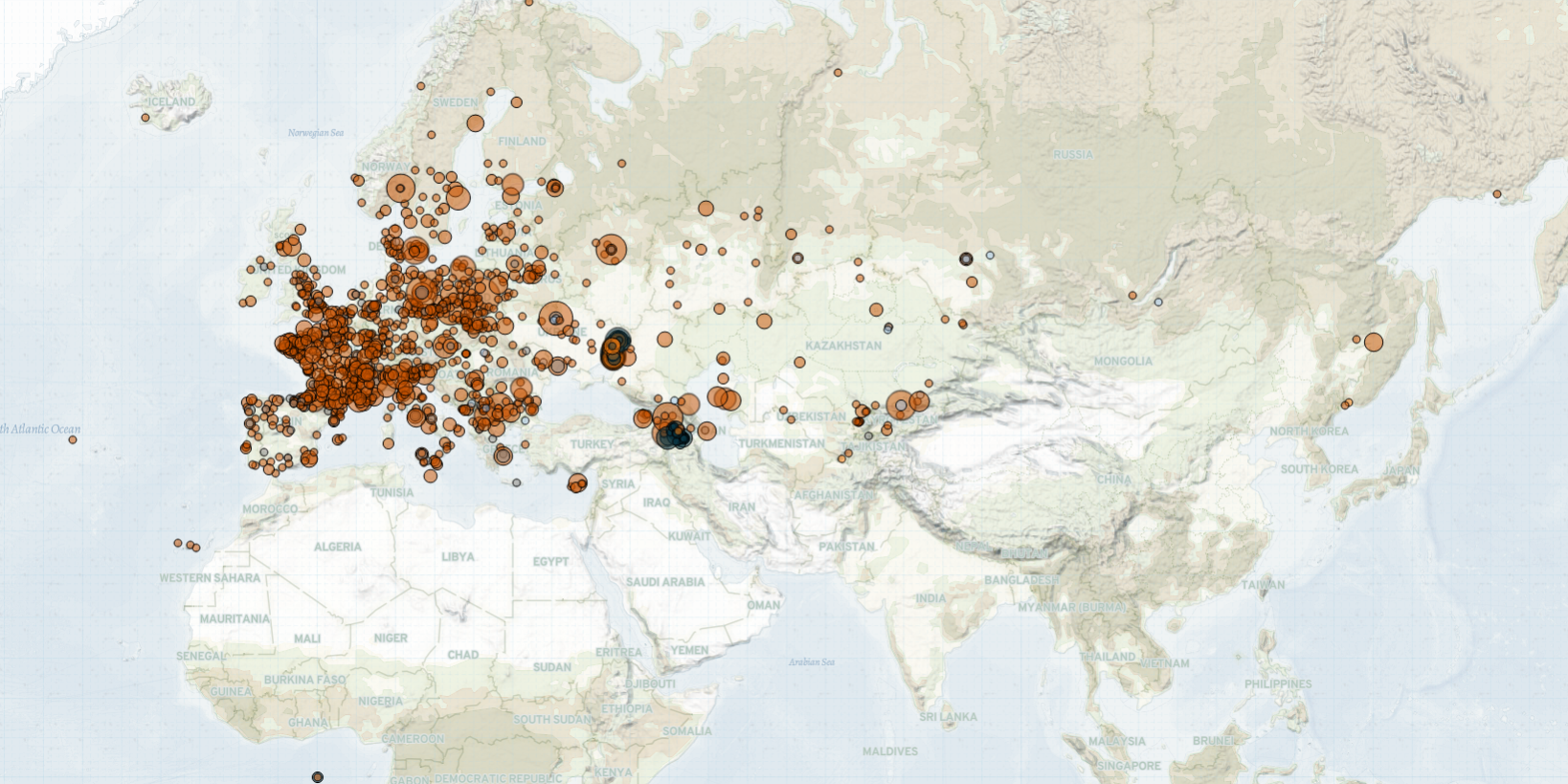 Last month in Europe, Central Asia, and the Caucasus, demonstration activity decreased overall. The Taliban takeover of Afghanistan resulted in an influx of refugees and some military interactions in Uzbekistan, while demonstrations in solidarity with the Afghan people were staged across many countries. Extinction Rebellion held many climate demonstrations in the United Kingdom resulting in hundreds of arrests. Demonstrations continued against coronavirus restrictions across the region, with significant protest movements against vaccination passes in France and Italy. Meanwhile, tensions between ethnic Montenegrans and Serbs increased in Montenegro as Montenegrans demonstrated against the new head of the Serbian Orthodox Church in Montenegro.

In the United Kingdom, climate activist group Extinction Rebellion launched two weeks of civil disobedience protests called ‘Impossible Rebellion’ on 23 August, leading to more than 500 arrests (The Independent, 4 September 2021). Climate activists staged protests in London and other cities, calling for the UK government and investment banks to divest from fossil fuels. During a demonstration near London Bridge, police forcibly removed hundreds of activists who were blocking traffic with a bus (MyLondon, 31 August 2021).

In France, demonstrations were held in over 100 locations to call for the withdrawal of a coronavirus-related bill obliging people to provide proof of double-vaccination in order to resume their professional and social activities. In Northern Ireland, anti-vaccination demonstrators staged a large-scale demonstration against the government’s roll-out of coronavirus vaccinations in Belfast. The protest was entitled “A future for us and our children,” and criticized vaccinations for young people as unnecessary (Belfast News Letter, 29 August 2021). In Italy, more than 100 demonstration events took place against the government’s decision to introduce a green pass, which restricts unvaccinated individuals from accessing certain venues. Some demonstrations became violent, with clashes between demonstrators and police taking place in Rome on 28 August (Rai News, 28 August 2021). On the night of 16 August, unidentified people broke into a COVID-19 vaccination center in Castiglione delle Stiviere, Mantova, and smashed computers, stole hard drives, and knocked over refrigerators (la Repubblica, 17 August 2021). Several sources have suggested that the break-in was likely carried out by ‘No Vax’ activists (la Repubblica, 17 August 2021).

In Montenegro, tensions between ethnic Serbs and ethnic Montenegrans increased on 5 August. Ethnic Montenegrans staged a demonstration against the enthronement of the new head of the Serbian Orthodox Church in the country. Demonstrators claim the new Metropolitan Bishop, much like his predecessor who died of COVID-19 earlier this year, is using his position to spread Serbian nationalism (RFE/RL, 22 August 2021). The demonstration comes almost exactly a year after the long-standing Montenegrin government lost elections to a Serbian-learning coalition. ​​

Along the Armenia-Artsakh-Azerbaijan Line of Contact, the number of ceasefire violations increased to the highest levels since November 2020 before declining at the end of August. The strategic significance of the operations was still relatively limited, however. Efforts were generally made to do damage to opposing forces using small arms rather than to storm enemy positions or to gain strategically significant ground. These clashes are unlikely to change the fundamentals of the conflict, though may be tied to efforts by one side to pressure the other in ongoing negotiations.

In the Donbas region of Ukraine, fighting between Ukrainian government forces and Russian-led forces continued at similar levels throughout August. In total, there were 193 armed clashes and 352 shelling incidents in August, compared to 171 armed clashes and 454 shelling incidents in July. In addition, 12 fatalities were reported last month, compared to seven in July.