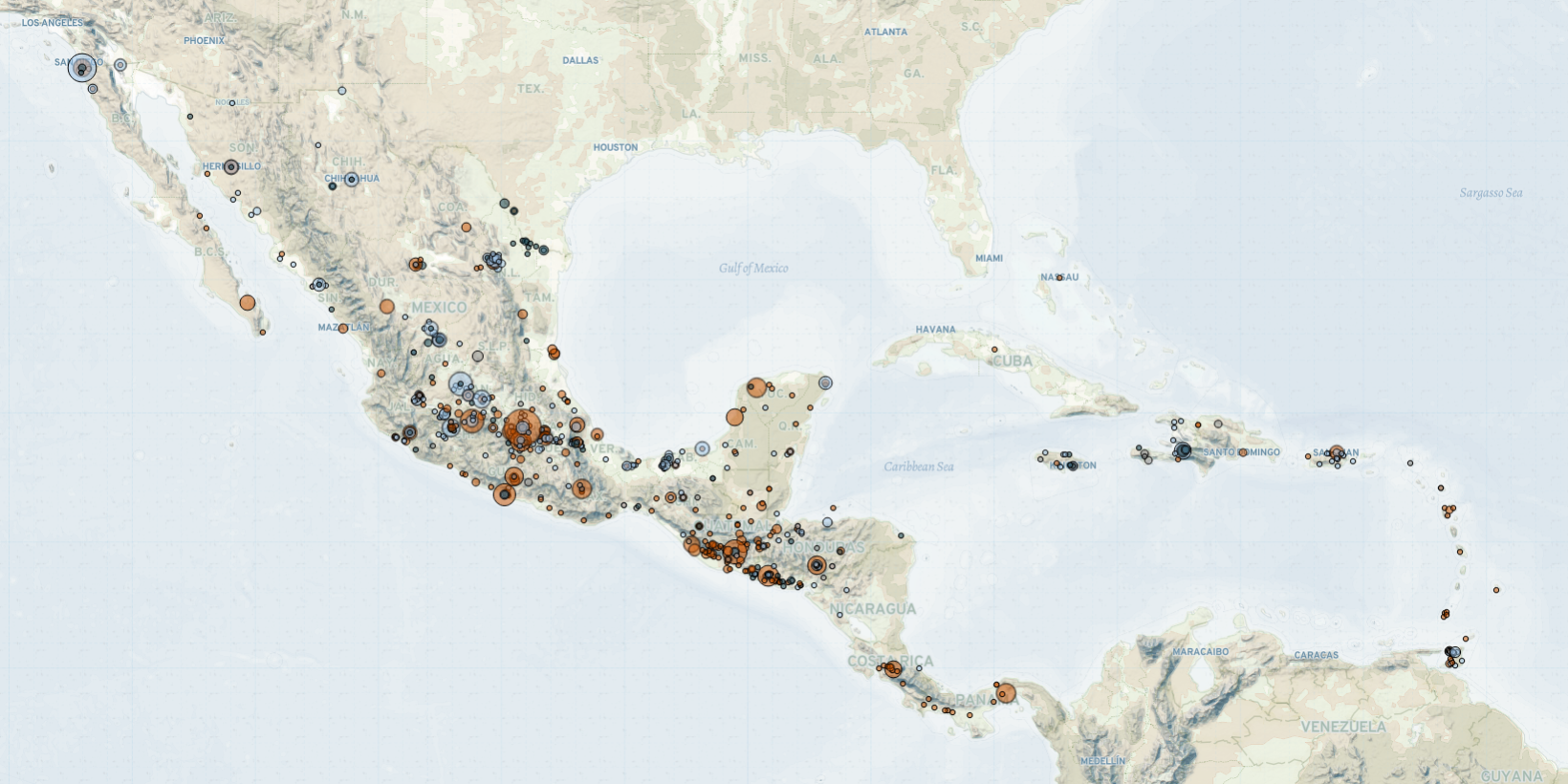 Last month in Mexico, Central America, and the Caribbean, violence against civilians remained high. In Haiti, rising gang violence hampered humanitarian efforts to assist the victims of the 14 August earthquake. In Nicaragua, at least 12 members of the Mayangna and the Miskito Indigenous communities were killed by a group of armed settlers that invaded traditional Indigenous territories. Meanwhile, demonstration levels also remained high across the region. In Guatemala, anti-government demonstrators continued to demand President Alejandro Giammattei’s resignation. In Honduras, demonstrations against the government’s project to develop Employment and Economic Development Zones (ZEDE) increased last month. In Mexico, demonstrations related to the COVID-19 pandemic increased amid a spike in infections.

In Haiti, gang violence increased last month amid the humanitarian crisis in the southern departments, resulting from the earthquake on 14 August and flooding prompted by Tropical Storm Grace (LWR, 1 September 2021; RFI, 17 August 2021). In the days following the earthquake, humanitarian organizations reported that gangs had set up roadblocks in the southern neighborhoods of Port-au-Prince, preventing them from reaching affected areas in the south of the country (Reuters, 16 August 2021). On 18 August, rival gangs operating in Martissant and in nearby neighborhoods in Port-au-Prince called for a truce and lifted the roadblocks to allow the passage of humanitarian aid (Haiti Standard, 20 August 2021). Though this agreement allowed the flow of aid, unrest and insecurity continue to hinder the humanitarian efforts (AP, 20 August 2021). In the departments of Sud and Grande-Anse, people looted trucks carrying food and humanitarian supplies between 21 and 22 August (Reuters, 21 August 2021).

During the last week of August and the first days of September, gang violence intensified in Port-au-Prince after a police operation against the Base Krache Dife gang, a member of the powerful G-9 coalition (FJKL, 22 June 2020). On 28 August, a clash between law enforcement and members of this group resulted in nine fatalities, including a leader of the gang. In retaliation, members of Base Krache Dife kidnapped and killed a police officer, and staged a march in Port-au-Prince along with other gangs. On 2 September, gang members set barricades of flaming tires and shot at civilians in the city center and other neighborhoods, including in Martissant and La Saline, leaving one person dead and several others injured.

In Nicaragua, a suspected group of armed settlers attacked members of the Mayangna and the Miskito Indigenous communities on 23 August, killing at least 12 people. The attack occurred in the Indigenous territory of Kiwakumbaih in the autonomous region of Costa Caribe, while members of these communities were at a gold mine. Indigenous communities in this region have been victims of several attacks by settlers, as they seek to take control of these territories to expand their mining, logging, and farming activities (Desinformemos, 2 September 2021; Expediente Publico, 5 March 2021). Though the Nicaraguan Constitution recognizes the traditional territorial rights of Indigenous communities, these communities have accused the government of granting illegal property documents over these lands to its political supporters (El Pais, 24 February 2020). Moreover, local organizations have reported the government’s lack of action to investigate the attacks against these communities, leaving most of these unpunished (SwissInfo, 29 August 2021).

In Guatemala, students, farmers, and members of Indigenous communities staged demonstrations last month calling for the resignation of President Giammattei and the state attorney general over accusations of corruption (France 24, 9 August 2021). During the first and second weeks of August, demonstrators blocked roads in at least 18 of the country’s 22 departments. Indigenous and farmers organizations, including the Peasant Committee for the Defense of the Highlands (CCDA) and the Farmers Development Committee (CODECA), also called for national strikes on 5 and 9 August (La Hora, 8 August 2021). Anti-government demonstrations continued to a lesser extent throughout the country in the following weeks. These demonstrations follow the attorney general’s dismissal of the national anti-corruption prosecutor and director of the Special Prosecutor’s Office Against Impunity (FECI), Juan Francisco Sandoval, on 23 July for allegedly pursuing “selective justice” (EFE, 9 August 2021). During Sandoval’s tenure, FECI prosecuted more than 200 government officials for corruption, and led recent investigations against Giammattei over allegations of bribery and receipt of illegal campaign funding (EFE, 24 August 2021; SwissInfo, 26 July 2021). An arrest warrant was issued against Sandoval on 3 September for noncompliance of duties and hampering judiciary procedures (CNN, 3 September 2021).

In Honduras, demonstrations against the establishment of ZEDEs increased last month. While remaining under the control of the central government, ZEDEs have their own administrative and judicial system and are regulated by a special tax regime that includes tax exemptions for private companies (Proceso Digital, 24 May 2021). The government has promoted them as a way to attract investment and development in rural areas (EFE, 17 June 2021). Workers, students, and civil society organizations, on the other hand, have claimed that ZEDEs undermine national sovereignty and promote corruption and impunity (EFE, 31 August 2021). On 2 August, truck drivers began a two-day strike against the ZEDEs and poor work conditions, blocking roads in the departments of Cortes, Comayaguela, and Atlantida. Demonstrations continued throughout the month, with thousands of people staging a protest against ZEDEs in the capital, Tegucigalpa, on 30 August (France 24, 31 August 2021). The increase in anti-ZEDE demonstrations during August comes ahead of general elections on 28 November (Contra Corriente, 14 August 2021). According to local experts, the government has sought to speed up the approval of law reforms that will ensure the functioning of the ZEDEs, regardless of the results of the upcoming elections (Expediente Publico, 14 June 2021).

In Mexico, as COVID-19 infection rates reached a new peak in August, COVID-19-related demonstrations doubled compared to the previous month. The majority of these demonstrations were led by teachers and students opposing the government’s decision to resume in-person classes for the new school year. Days before the return to school on 30 August, teachers’ unions and student organizations staged protests in at least 12 of the country’s 33 states. Protesters claim that the majority of schools do not have the facilities to ensure a safe return and that the risk of infection is higher for students (La Jornada, 27 August 2021). Though around 58% of the adult population in Mexico have received at least one vaccine dose, the government has not started to vaccinate people under 18 years old (El Pais, 31 August 2021).