17 September 2021: The Armed Conflict Location & Event Data Project (ACLED) has now expanded real-time coverage to 13 small states and territories in Africa and Asia, adding over 600 new events to the dataset from the start of 2020 to the present. The expansion includes eight countries and territories in Africa — Cape Verde; Comoros; Mauritius; São Tomé and Príncipe; Seychelles; Mayotte; Réunion; and Saint Helena, Ascension, and Tristan da Cunha — and five countries in Asia — Bhutan; Brunei; Maldives; Singapore; and East Timor. In total, the new release extends ACLED coverage to more than 200 countries and territories around the world. Expansions to Canada and Oceania, including all remaining small states and territories, are currently underway and are set to be completed in the coming months, which will bring ACLED to full global coverage.

Small states face unique challenges due to the size of their economies and the isolation of their often remote geographic locations. These challenges have been amplified during the coronavirus pandemic. Many small island states in particular face a range of climate-related issues that are obstacles to development. Against this background, the vast majority of events in these countries and territories are demonstrations, accounting for nearly 87% of all coverage. While 85% of demonstrations are peaceful unopposed protests, cases of violent repression of protesters, state intervention, and rioting are also recorded.

Despite some commonalities among small states, political violence dynamics vary across contexts. Political violence involves state forces, such as police, military, and specialized units, which have engaged in violence in over half of these countries and territories; rebel groups, such as the Islamic State, active in the Maldives at a limited scale; political militias, such as those associated with local political parties in East Timor; communal militias vying over land and local resources, such as those in Comoros; as well as anonymous or unidentified armed groups, active throughout many of these locations.

The new data for these countries and territories also capture more than 20 instances of violence against civilians, including political violence targeting women. These include abductions/forced disappearances, sexual violence, and non-sexual attacks  across the Maldives, Cape Verde, Mauritius, Comoros, East Timor, Bhutan, and São Tomé and Príncipe. In addition, armed clashes and remote violence are also recorded across Bhutan, Comoros, East Timor, and the Maldives. 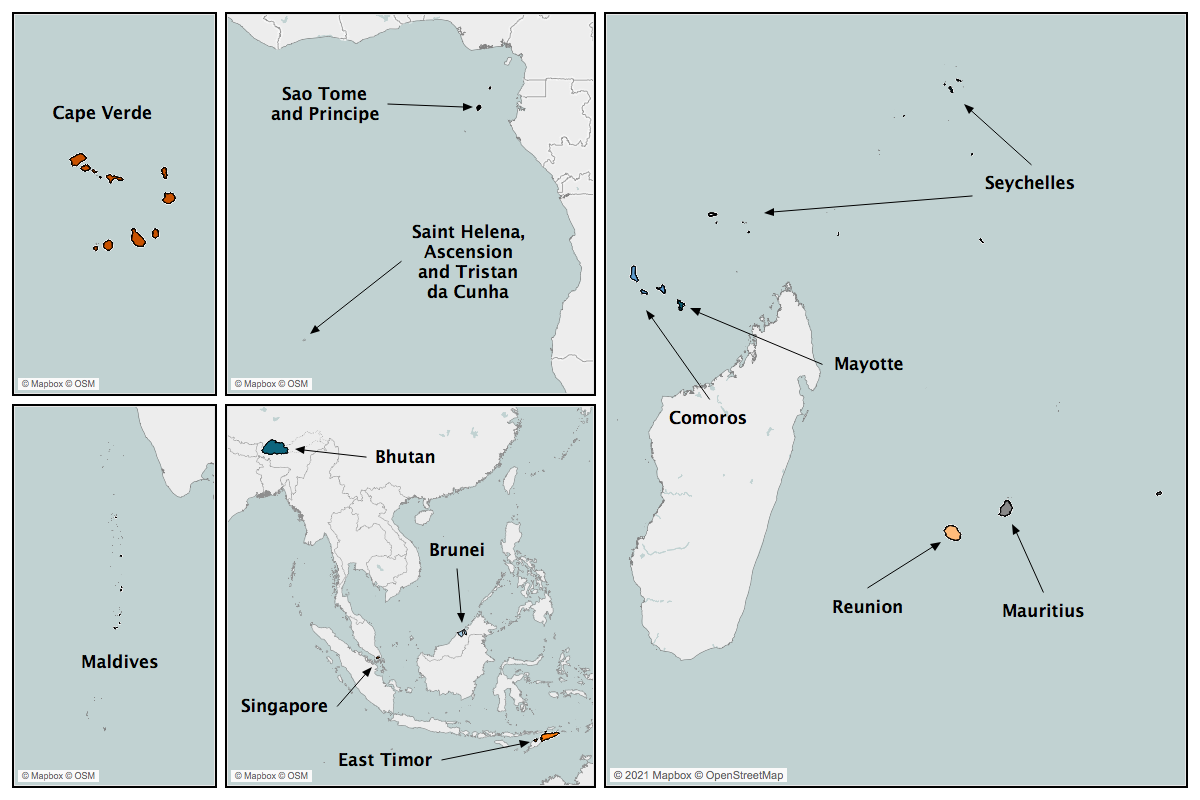