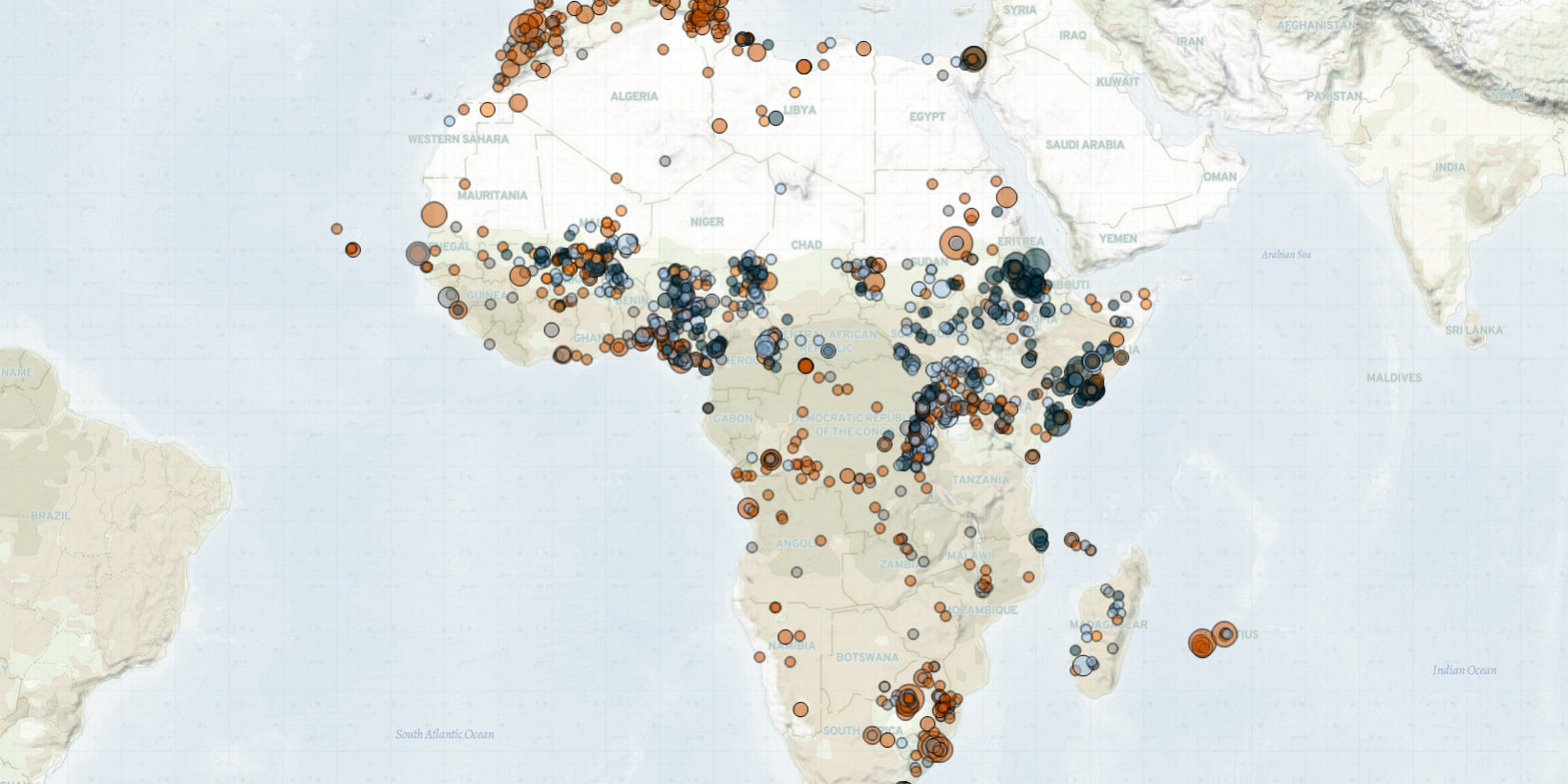 Last week in Africa, two Islamic State leaders were announced killed in the month of August in Mali and Nigeria; clashes broke out between formerly allied Haftar forces and Chadian rebels in the south of Libya; and protests erupted across the Democratic Republic of Congo against recently adopted electoral reforms.

French President Macron announced that Barkhane operation forces had killed the founder and leader of the Islamic State West Africa (ISWAP) Greater Sahara faction, Adnan Abu Walid Al Sahrawi, in an airstrike conducted in August in the Gao region of Mali (The Guardian, 16 September 2021). His death follows a series of captures and killings of senior ISWAP Greater Sahara faction commanders in recent months. Meanwhile, fighting between presumed Jam’at Nusrat al-Islam wal-Muslimin (JNIM) militants and their affiliates and the Donso and Dan Na Ambassagou militias remained at the heart of the conflict in the Mopti and Segou regions. The clashes between suspected JNIM-affiliated Katiba Macina fighters and Malian military forces also intensified in the Macina Cercle in Segou.

In Burkina Faso, presumed JNIM militants and affiliates launched several attacks against military forces and civilians. They carried out a deadly complex ambush against a gendarmerie convoy near the village of Doufouanou in the East region. Burkinabe forces also continued their aerial campaign against JNIM and its affiliates with most of the strikes conducted in the Soum province in Sahel.

In the south of Libya near the Chadian border, deadly fighting flared up between Libyan National Army (LNA) troops led by Field Marshal Khalifa Haftar and their formerly allied rebel group, the Front for Change and Concord in Chad (FACT). FACT rebels claim that the LNA forces, supported by France, aim to capture or kill their leader, Mahamat Mahdi Ali, currently residing in Libya (The Washington Post, 16 September 2021). In April, FACT forces advanced into northern Chad and took over territories in Tibesti and Kanem regions, but they were quickly pushed back by the Chadian military forces. President Idriss Deby was killed during the clashes with the rebels, followed by a military takeover of the government.

In Nigeria, the leader of the ISWAP Lake Chad faction, Musab Al Barnawii, was reported killed in the last week of August in Borno state (Daily Trust, 15 September 2021), with conflicting reports pointing to his death in a military operation or through infighting within the group (The NEWS, 15 September 2021). His death comes amid a surge in surrenders by the Islamist militants in Borno state, and almost three months after the leader of the Boko Haram, Abubakar Shekau, was reported to have killed himself following a battle with ISWAP Lake Chad faction militants (BBC News, 7 June 2021). Meanwhile, military operations in Zamfara and Katsina states forced many militia members to flee towards Niger state, resulting in fatal clashes between Nigerian troops and militia groups in the Shiroro local government area. Elsewhere in Yobe state, a Nigerian airstrike targeting Islamist militants near the border with Niger killed and injured several civilians.

In Cameroon, Ambazonian separatists launched several deadly attacks against military forces in the North-West region. Using sophisticated weaponry, the separatists inflicted the heaviest casualties suffered by the army in a single week this year. The deadly attacks were claimed by the separatists faction headed by “General No Pity” who had promised to “wreak havoc” if his arrested family members were not released (Cameroon Magazine, 18 September 2021).

In the Democratic Republic of Congo, in the Masisi territory of North Kivu province, the Congolese armed forces took control of several villages held by the Alliance of Patriots for a Free and Sovereign Congo (APCLS) after clashing against the rebels. Meanwhile, members of the political opposition, including the Lamuka Coalition and the New Generation for the Emergence of Congo (NOGEC), gathered across the country to demonstrate against the electoral reforms enacted in June and demanded the depoliticization of the electoral commission ahead of the 2023 presidential elections.

Finally, in South Sudan, heavy fighting was once again reported between Sudan People’s Liberation Movement – In Opposition (SPLM-IO) units in the Meganis area near the Sudanese border in the Upper Nile state. Forces loyal to SPLM-IO leader Riek Machar fought with militants loyal to General Simon Gatwech Dual who leads the breakaway Kitgweng faction. The fighting follows similar clashes in August which are reported to have killed dozens of people and displaced thousands.