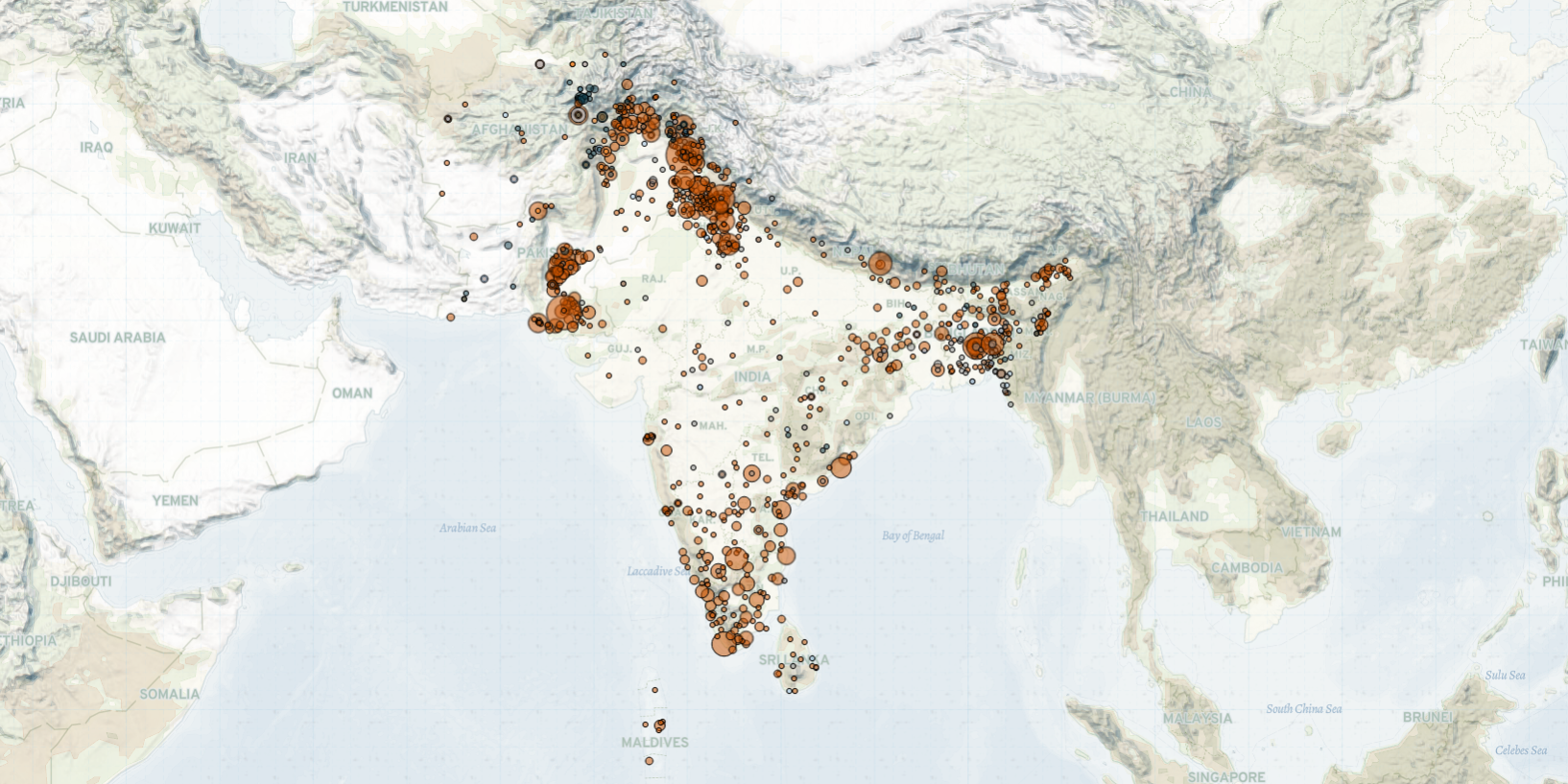 In Afghanistan, IS claimed responsibility for several explosions in the center of Jalalabad city of Nangarhar province on 18 and 19 September. The explosions killed at least three people and injured over two dozen. Taliban fighters are reported to be amongst the casualties. Later clashes between IS and Taliban forces in Jalalabad also resulted in multiple fatalities. Further unattributed explosions and shootings targeting the Taliban also took place in the city throughout last week. Since the Taliban came to power, IS has conducted several attacks killing over a hundred civilians. Despite this, the Taliban has claimed that IS does not have any “physical presence” in Afghanistan, instead attributing the attacks to Afghans who may have adopted IS ideology (Voice of America, 21 September 2021).

Meanwhile, protests in Afghanistan continued at lower levels last week than in weeks prior. Women protesters staged demonstrations both supporting and opposing Taliban policies in Kabul, Farah, and Badghis provinces. Additionally, an Islamic youth organization staged a protest in Kabul, demanding the return of frozen Afghan assets held in foreign banks, mainly in the US. Since the Taliban came into power, many international governments have interrupted aid flow and have frozen Afghan assets while debating whether to recognize the new rulers, fueling a deepening economic crisis in the country (RFE/RL, 24 September 2021).

In Pakistan, security forces killed a TTP commander during an operation in the Mir Ali area of North Waziristan district last week. The commander, identified as Safiullah, was reportedly involved in the killing of four women aid workers in February and engineers from the Frontier Works Organisation in November 2020 (Dawn, 20 September 2021). Security forces have recently increased operations against the TTP in response to their renewed allegiance to the Afghan Taliban and their vow to take over Pakistan’s tribal border region with Afghanistan (Reuters, 5 September 2021). Prime Minister Imran Khan expressed concerns that a number of anti-Pakistan militant organizations are still operating from Afghanistan, despite the Taliban’s recent assurance that Afghan territory would not be used for militant operations against any other state (Geo News, 20 September 2021; Voice of America, 20 September 2021).

Elsewhere in Pakistan, security forces clashed with Baloch separatist militants last week during an operation in Kharan district in Balochistan province. At least six Baloch Liberation Army (BLA) militants, including two commanders and two paramilitary Frontier Corps officers, died during the encounter. Meanwhile, counterterrorism police arrested three other BLA members during an operation in the Turbat area, accusing the militants of involvement in a recent suicide attack in Gwadar city that killed four children (The Washington Post, 25 September 2021). The BLA is one of the main separatist groups in the province, which has increasingly targeted security forces and development projects, claiming that the projects exploit Balochistan’s rich natural resources (Arab News, 25 September 2021).

In India, Assam state police exchanged fire with the newly formed United Liberation of Bodoland (ULB) in Kokrajhar district last week, killing two alleged militants and destroying their camp. Police also arrested ten other ULB militants at different locations across the Bodoland Territorial Region (The Sentinel, 24 September 2021). The formation of ULB was announced the week prior with the aim of creating a separate Bodoland State for the Bodo tribal people (The Sentinel, 17 September 2021). Family members of the deceased men, along with hundreds of Bodo students and villagers, staged demonstrations, claiming that they were not militants and accusing police of targeting the Bodo minority (The Sentinel, 23 September 2021).

Lastly, violence increased in Bangladesh during local government elections last week. Postponed due to the COVID-19 pandemic, the first phase of elections for 160 rural councils and nine municipalities began on 20 September (The Daily Star, 21 September 2021). At least three people died and dozens were injured in clashes involving rival candidates and their supporters, as well as police. Several clashes broke out between the ruling Awami League (AL) and independent candidates at polling stations in Khulna and Chittagong districts. Bangladesh has a long-standing history of electoral violence (for more on electoral violence in Bangladesh, see this ACLED analysis). Further violence is expected to occur during the upcoming phase of the elections to be held on 11 November.