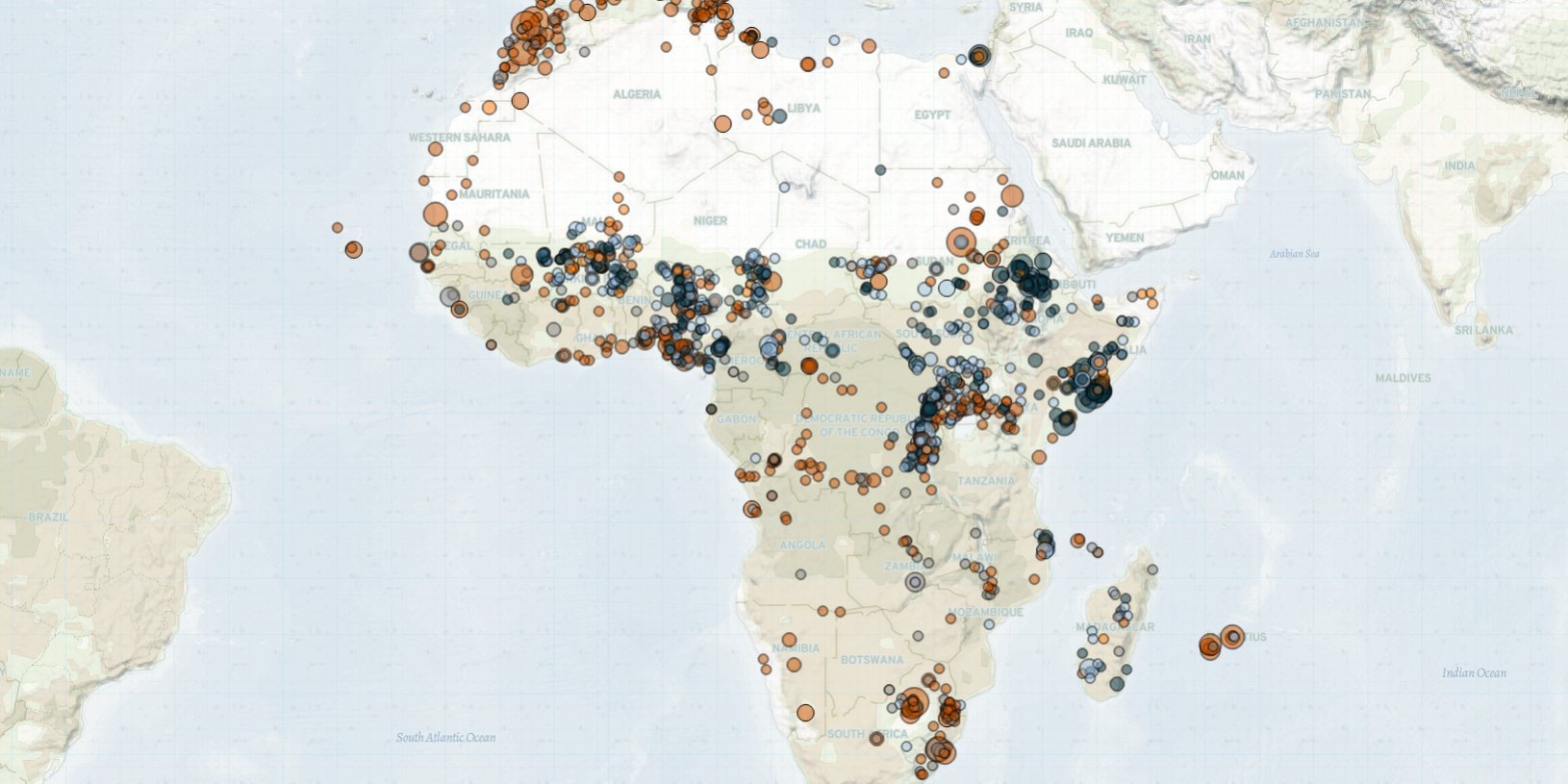 Last week in Africa, the government extended the ‘State of Siege’ operation once again in the Democratic Republic of Congo; a series of remote attacks hit Burundi; a failed coup attempt was reported in Sudan; and a vote of no-confidence in the transitional government led to demonstrations in Libya.

In Mali, suspected JNIM-affiliated Katiba Macina fighters perpetrated a series of kidnappings in the Yorosso area of the Sikasso region. Elsewhere, a months-long siege on the village of Dionkebougou in the Segou Region prompted Donso militiamen to surrender their weapons to JNIM militants. The group also carried out a deadly IED attack against Malian forces near Parou in Mopti, a location that has experienced one of the highest numbers of attacks in recent years. Meanwhile, French Operation Barkhane forces killed two Islamic State West Africa (ISWAP) Greater Sahara faction fighters in the Menaka region and lost a soldier later in the week during clashes with Islamist militants in Gao. This brings the total number of fatalities among French military forces in the region to over 50 since 2013 (France24, 24 September 2021).

In Niger, presumed JNIM fighters attacked a military position near Tamou in the Tillaberi region, which resulted in several casualties. The attack appears to be part of the group’s effort to entrench itself in the natural reserves along the borders between Niger, Burkina Faso, and Benin. Boko Haram (JAS) Bakura faction was the most active group in the Diffa Region, abducting the village chief and 20 women and children in the village of Faya Malam Yari over two days.

In Nigeria, armed militias continued their attacks against civilians. In Katsina state, a group of militiamen arriving in a helicopter shot indiscriminately at people and killed several in Gurbi village in the Kurfi local government area (LGA). They also ransacked houses and burned vehicles. Meanwhile, airstrikes by Nigerian military forces targeted militias and their hideouts at Tsaunin Sani Forest in Dan-Musa LGA, killing dozens of militia members.

In the Central African Republic, clashes between the Coalition of Patriots for Change (CPC) and its affiliate groups on the one hand and military forces and Wagner Group mercenaries on the other hand continued in several areas. In the Mambere-Kadei prefecture, the CPC-aligned Return, Reclamation, Rehabilitation (3R) rebels recaptured Banga town with several fatalities reported on both sides.

In the Democratic Republic of Congo, the Congolese government extended the ‘State of Siege’ operation again, initially enacted on 6 May 2021. In Irumu territory of Ituri province, a series of deadly clashes were reported between the Congolese armed forces (FARDC) and UN peacekeepers (MONUSCO) and presumed Allied Democratic Forces (ADF) following the rebels’ attacks on Komanda town and other nearby localities. FARDC forces also fought against ADF fighters in several agglomerations of the Ruwenzori sector in Beni territory of North Kivu province. Elsewhere in North Kivu, the Mayi Mayi Kifuafua-Maachano militia launched attacks against civilians in Masisi territory, looting goods and livestock. Meanwhile, clashes between the FARDC and the Ngumino-Twirwaneho coalition resumed in Fizi territory of South Kivu after the army reported having regained territory in August.

In Burundi, a series of mortar shells were fired on Bujumbura’s international airport ahead of the President Evariste Ndayishimiye’s flight to attend the UN General Assembly in New York. The Resistance to the Rule of Law in Burundi (RED-TABARA) claimed responsibility for the attack after months of no reported incidents by the rebels. Moreover, a string of grenade attacks hit a bar in Gitega and several populated areas in Bujumbura during the week, leaving several people killed and dozens wounded. There were no claims of responsibility for these attacks.

Lastly, demonstrations erupted in Libya and Sudan amid uncertainties confronting the political transition process in both countries. In Libya, the Tobruk-based House of Representatives passed a vote of no-confidence in the transitional government (Aljazeera, 21 September 2021), triggering demonstrations in Tripoli, Sabha and surrounding areas. The Government of National Unity was formed earlier this year to govern the country in the run-up to the national elections scheduled for December 2021 (Reuters, 15 March 2021). In Sudan, the transitional government reported a failed coup attempt involving military officials and civilians linked to the deposed President Omar al-Bashir. The attempted coup sparked demonstrations across the country to condemn the threat to civilian rule.

Ladd Serwat is an Africa Research Manager at ACLED. He is a PhD Candidate at the University of Sussex in International Development, having completed a MSc in African Development with the London School of Economics and a BA in International Relations from Gonzaga University. Ladd’s research focuses on political conflict, customary law, and the political economy of land reform.
Susanna Deetlefs